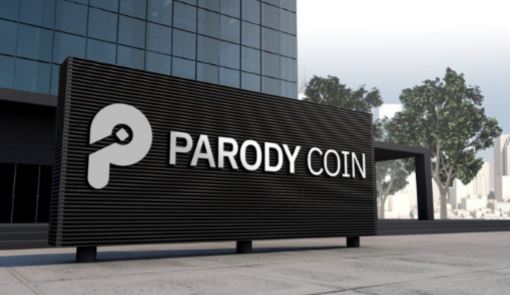 Parody Coin (PARO) creators have designed various ways for investors and holders of the token to make money through making a passive income.

Parody Coin (PARO) the multi-chain deflationary token has devised various ways to reward holders of its coin and help them have a passive income. Owners of Parody Coin (PARO) can earn money in several ways. The most talked-about would be creating and selling popular NFT parodies, on the new Parody NFT marketplace. Members will be able to mint, trade, and access the utility of the parodies on the BNB Smart Chain and other blockchains. This also makes it so that NFTs are more accessible and available to everyone. Also, the original owners of the NFTs can claim ownership of the parodies, by locking or burning the original NFTs.

Another way to generate profit by users would be to stake Parody Coin (PARO) tokens for extra rewards. Investors can also earn by simply holding the coins for the long term. There is a 6% tax on each transaction, 2% of which will be airdropped every week to fund members’ wallets. This s a great incentive by the platform to reward long-term holders of Parody Coin (PARO).

Explora Chain (EXPL), is a new and thrilling platform that plans to give its users a metaphorical ride to the future, with a revolutionary network whereby they can earn a passive income through exciting new features like play to earn games, a launchpad, an NFT marketplace as well as through staking. It was launched in November of 2021 and had come into 2022 with massive potential for development. It is currently in its presale but is only a few weeks away from its release.

The fact that users can earn extra tokens by staking Explora Chain tokens is one of the platform’s most attractive features, and it makes it similar to DogeBonk (DOBO). Members will also be able to invest in creative projects from the very beginning with the launchpad.

Passive Income Through Staking With Cardano (ADA) and Polkadot (DOT)

Cardano (ADA) is run with an Ouroboros Proof of Stake (PoS) consensus mechanism, which allows users to pick a stake pool operated by a stake pool operator. Users have to pick the stake they want to give their coins to, and then the operator will run the stake pool and stake their coins for them to receive their rewards. The stake pool operator will take a small amount as their fee, for doing so and then pass the rewards to all the investors that were involved in the stake pool. Users can run their own stake pool but that would require a 24/7 network on a computer. Cardano (ADA) Proof of Stake (PoS) Ouroboros, is more energy-efficient, compared to other traditional Proof of Work (PoW) networks. There has been a spike of users choosing to stake their tokens, which means they have trust in the Cardano ecosystem.

Polkadot (DOT) like Cardano (ADA) can also provide its users with passive income, through staking. As well as the financial benefits, staking Polkadot (DOT) helps to maintain the network’s integrity and reduce price volatility. The DOT coin is the native token for the Polkadot ecosystem and has risen in value in a short period of time as well as gaining popularity in the crypto trading world.

Like the other above-mentioned cryptos, Parody Coin (PARO) provides passive income for its users through staking as well as other avenues and it could be the crypto that could make its users very rich.