Domestic air traffic goes up as Covid cases go down 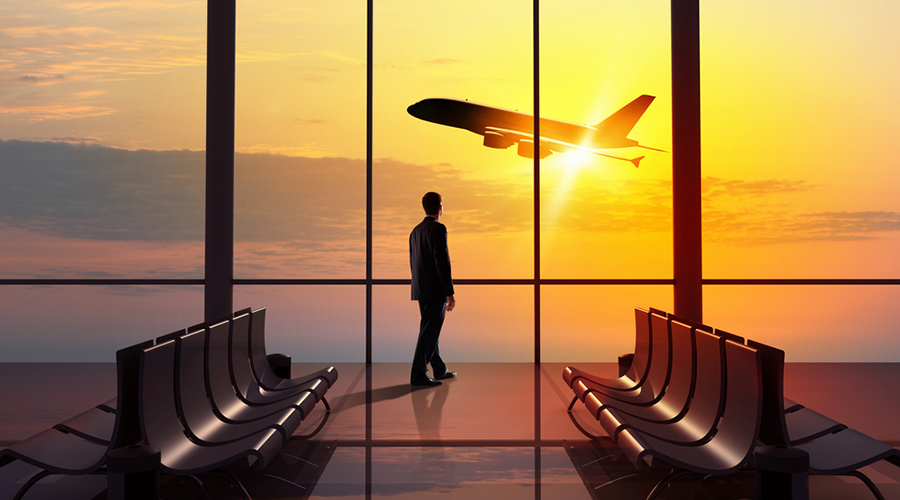 This is a right step towards a demand push for the airlines sector, primarily directed at in-bound international travel, says study.
File picture
Our Bureau, PTI   |   Mumbai   |   Published 06.07.21, 06:01 PM

Domestic air passenger traffic was back to the growth trajectory in June amid the falling number of COVID-19 cases in the country with around three million passengers flying on local routes in the previous month as against around two million in May, a report said on Tuesday.

Though there is some recovery observed in June, stress on demand continues, driven largely by the second wave of the pandemic, limiting travel to only necessary travel, credit rating agency ICRA said in its report.

June 2020 was the full month of operations after domestic commercial flights were recommenced on May 25 following a nearly two-month ban amid the nationwide lockdown in late-March last year.

It has now permitted increasing the capacity to 65 per cent with effect from July 5 and which will remain applicable up to July 31.

The airlines' capacity deployment in May, which was reduced to 50 per cent from 80 per cent earlier following a government order, was around 46 per cent higher at around 31,700 departures, than 21,696 departures in June 2020, it stated.

On a sequential basis, the number of departures in June were higher by around 14-15 per cent, as coronavirus infections demonstrated a downward trajectory, ICRA added.

Though there was some recovery observed in June, there exists continued stress on demand, driven largely by the second wave of the pandemic, limiting travel to only necessary travel, she added.

Shah, however, added that both leisure and business travels have been curtailed due to various state-wide restrictions, despite the decline in infections, she added.

According to ICRA, the government's recent announcement of a scheme providing financial support in the form of working capital/personal loans to around 10,700 recognised regional-level tourist guides is expected to provide the much-needed liquidity support to tourism and travel stakeholders (TTS).

This, in turn, is expected to boost the overall travel and tourism sector, of which aviation remains a key beneficiary, it stated.

Additionally, to provide an impetus to the tourism industry, the finance ministry announced a scheme to issue one-month tourist visas free of charge to first five lakh customers. Validity of this is until March 31, 2022, or issuance of five lakh tourist visas, whichever is earlier.

"This is a right step towards a demand push for the airlines sector, primarily directed at in-bound international travel. However, the impact of the same is expected to be realised only once scheduled international operations are permitted by the government on a regular basis and the global fear psychosis related to travel to India subsides," ICRA said.

While the scheduled international operations have been suspended further till July 31, 2021, special overseas flight services are being carried out under the Vande Bharat Mission (VBM) for evacuation of Indian citizens from foreign countries, since May last year.

The international passenger traffic (inbound and outbound) for Indian carriers has been around 37 lakh for the period between May 7, 2020, and June 30, 2021, it said.

For June, the international passenger traffic for Indian carriers under the VBM was estimated at around 1.47 lakh, a sequential growth of around 4 per cent, as flights to/from India remained suspended in June by many countries, citing the new variant of COVID-19 and high infection levels.