Advertisement
Home / Business / 100% coverage of 'One Nation, One Ration Card' for workers by March 2021: Sitharaman

100% coverage of 'One Nation, One Ration Card' for workers by March 2021: Sitharaman 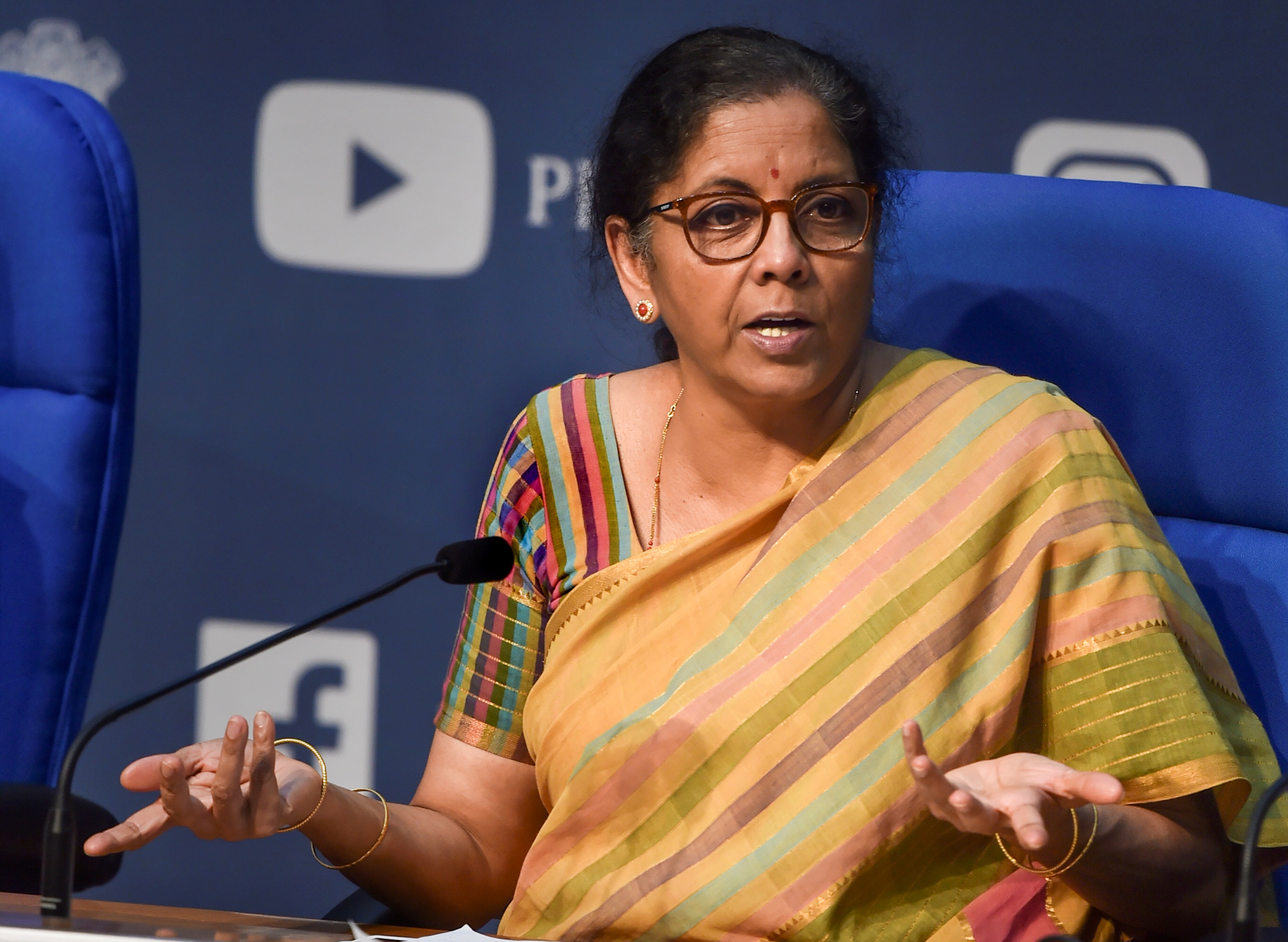 The government on Thursday announced a Rs 3.16 lakh crore package of free foodgrains for migrant workers, concessional credit to farmers and working capital loan for street vendors as part of the second tranche of fiscal stimulus to heal an economy hit hard by coronavirus lockdown.

At a news conference, Union finance minister Nirmala Sitharaman said 8 crore migrant workers will get 5 kg of grains and 1 kg of pulses free for two months, while 50 lakh street vendors rendered jobless by the lockdown would be given a working capital loan of Rs 10,000 each.

As many as 2.5 crore farmers will be provided Rs 2 lakh crore of concessional credit through Kisan Credit Cards.

She also announced a Rs 70,000 crore boost to the housing sector through one-year extension of subsidised loan for affordable houses for the middle-income group with an annual income of Rs 6 lakh to Rs 18 lakh.

Sitharaman said the central government will bear Rs 3,500 crore cost of giving free foodgrain and pulses to migrant workers. State governments will be responsible for implementation, identification of migrants and full distribution.

Also to benefit of migrant workers, the government plans to allow inter-state portability of ration cards under public distribution system (PDS) so as to allow them to use their cards anywhere to get benefit.

For small businesses, the minister announced a 2 per cent interest subvention under MUDRA-Shishu loans of up to Rs 50,000. This would cost the government Rs 1,500 crore.

Those in need of loans under Rs 50,000, will now enjoy a 2 per cent interest subversion rate for twelve months after the three month RBI moratorium period. “This will benefit roughly 3 crore people who are beneficiaries under the MUDRA shishu category. The overall benefit for them will be Rs 1,500 crore,” Sitharaman said.

Street vendors will now be benefited from a special credit facility worth Rs 5000 crore. The government will launch a scheme for this easy access for credit within a month. “Under it, a vendor can avail a loan of Rs 10,000 as starting capital… it will benefit 50 lakh street vendors,” the FM noted.

The lowest strata of the middle income group, with Rs 6-18 lakh annual income can now avail the existing credit linked housing subsidy scheme for another year. The FM observed, “We are now offering a one year extension of the scheme, from March 2020 to March 2021. This had already benefited 3.3 lakh families. The extension of one year will benefit another 2.5 lakh families and generate a demand in the housing sector.”

For tribals and adivasis

The FM said that unused CAMPA funds are lying with states, based on which the Centre has sought project proposals from the states. Proposals worth Rs 6000 crore have been received from various states till now, and more are going to get submitted in the future. The Centre will ensure that tribals and adivasis get employment in afforestation and plantation related work through these proposals.

Sitharaman said that she will be announcing more initiatives for farmers, migrant workers and the urban poor in the coming days.

The prime minister had on Tuesday announced a cumulative package of Rs 20 lakh crore (nearly 10 per cent of GDP) to provide relief to various segments of the economy. This included Rs 1.7 lakh crore package comprising of free foodgrains and cash to poor for three months announced in March, and Rs 5.6 lakh crore stimulus provided through various monetary policy measures by the Reserve Bank of India (RBI).

The remaining of the Rs 20 lakh crore package is being announced in tranches. Sitharman had in the first tranche on Wednesday unveiled a Rs 5.94 lakh crore plan that mostly comprises off-budget items such as Rs 3 lakh crore of credit line to small businesses as support to shadow banks and electricity distributors.