Work from home and look to juggle multiple jobs 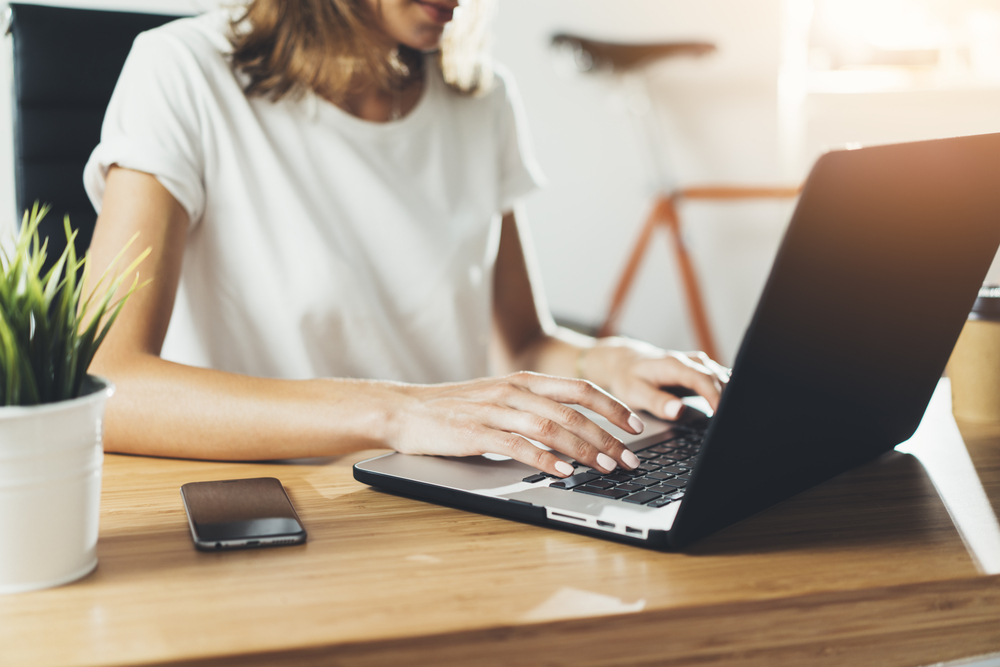 That is a situation that no one could have imagined back in February, long before the world was forced to suddenly grapple with a pandemic on a scale that hadn’t been seen in over a hundred years.
Shutterstock
Saumitra Dasgupta   |   Published 22.06.20, 01:15 AM

The languor after the lockdown has yet to fully dissipate but technology honchos have already started to raise the mist over a new digital future that virtually ordains more than half the labour force may have to work out of their homes.

That is a situation that no one could have imagined back in February, long before the world was forced to suddenly grapple with a pandemic on a scale that hadn’t been seen in over a hundred years.

Ask Keshav Murugesh, former chairman of Nasscom, the industry body that represents the interests of the technology industry.

When the lockdown occurred in late March, Murugesh says 3.5 million desktops had to be transported overnight from offices to people’s homes so that the business process management (BPM) industry, which provides back-end solutions to some of the world’s business goliaths, could “keep the lights on” for their overseas clients.

“I see no reason why, from a BPM industry point of view, up to 50 per cent of people cannot work from home. And it could get even a little deeper,” says the chief executive officer of the WNS Group which serves over 200 clients across the world.

“If anyone had spoken about work from home (shortened since to the recognisable acronym, WFH) as a potential model, we would have laughed in February,” says Murugesh, who stepped down as the Nasscom chairman in April.

“Covid-19 changed things overnight… we had to switch to a model that became virtual overnight…in our quest for survival, we had to embrace this model.”

But a crisis always sparks ingenuity and the geeks sprang to a challenge that had threatened to turn the world of technology into a dystopian doghouse.

“In a week’s time, we almost seamlessly converted this model into a work from home model. The lights were kept on for all global clients in various industries,” he says.

Murugesh says this wouldn’t have been possible without help from the Narendra Modi government. “Industry and the government worked in lockstep in order to frame policies,” he says. The first step was to declare the tech industry as an essential service.

“The department of telecom (DoT) relaxed its norms to facilitate work from home... The second thing is that the government relaxed the rules relating to special economic zones (SEZs) and software technology parks (STPs) so that people could work from home,” says the boss of WNS (Holdings) Ltd, which saw revenues surge 14.7 per cent to $923.8 million in the year ended March 31.

Murugesh explains the real import of these changes. “The old DoT norms stated that for every location from where a service is being delivered, there is a deposit requirement of Rs 1 crore. Suppose, if I had an office in Salt Lake, and if I had 1,000 people sitting there, the deposit would be Rs 1 crore. But now if my 1,000 people are sitting in 1,000 different addresses in Calcutta, I can’t pay 1,000 into Rs 1 crore. So that rule was diluted by the IT minister and the DoT secretary. Secondly, there was a requirement of PP VPN to be used for home working agents, which was relaxed by DoT and guidance was provided to use VPN with static IP address, which was further relaxed to VPN with dynamic IP address,” he says.

The relaxations in the DoT rules have created a situation where half the workforce can continue to work from home even though lockdown restrictions have been relaxed and people are starting to drift back.

But there are a couple of issues that the technology industry leaders and Nasscom will need to sort out before the New Normal becomes an actuality.

The DoT rules have been relaxed only till July 31. “The DoT norms should be relaxed for a long term or forever; the SEZ norms must be eased forever…labour laws will also have to dramatically change in this country,” he adds.

The industry believes that work from home allows the industry to take jobs down to the hinterland. The Covid-induced crisis has meant that a host of companies are battling the problem of crimped revenues and may not be able to avoid job losses.

“Revenues have dropped and at some stage you will face a situation where companies will start staring at job losses,” says Murugesh.

That is why the industry is badgering the government to change labour laws — and has also proposed a radical solution to the problem.

expense among the two or three companies. That is obviously connected to client approvals and issues around confidentiality.”

He says the current labour laws assume that people work for one company and are entitled to an ESI package, or a pension package.

“These are young people; they are not really interested in long-term savings and are not waiting to collect from their pension fund. There are women working from home who would be very happy to work for four hours a day, five days a week. Or maybe two hours with our industry and two hours with some other industry and keep three days for themselves,” the WNS chief says.

Murugesh believes that the Covid-19 crisis has created a Supernova 3X moment for the IT industry — drawing on Thomas Friedman’s characterization of the year 2007 as a Supernova event.

Friedman had termed 2007 as a “Gutenberg-scale moment in history” where three great innovative trends — mobility, broadband and the cloud — coalesced to bring life-changing products and services to the market like the iPhone, Twitter, Android, Kindle, Airbnb, IBM’s Watson and the distributed computing framework Hadoop that brought big data analytics to the masses.

The world once again stands on the verge of another revolution where companies will become digital heavy, asset light and create a distributed workforce environment, allowing people to work from home — and possibly juggle multiple jobs without having to face accusations of moonlighting.

He has a simple advice to the kids streaming out of universities this year: grab the first job that comes your way, even if it is a part-time job and doesn’t pay much.

“Grab it because in uncertain times, you must first build credibility; you need to build skill sets, earn experience, and I would say build moral courage and fortitude…because this crisis is not going away in a hurry,” he adds.