CIL were 15.6 per cent higher in last month on yearly basis in wake of high demand of the dry fuel from electricity generating plants 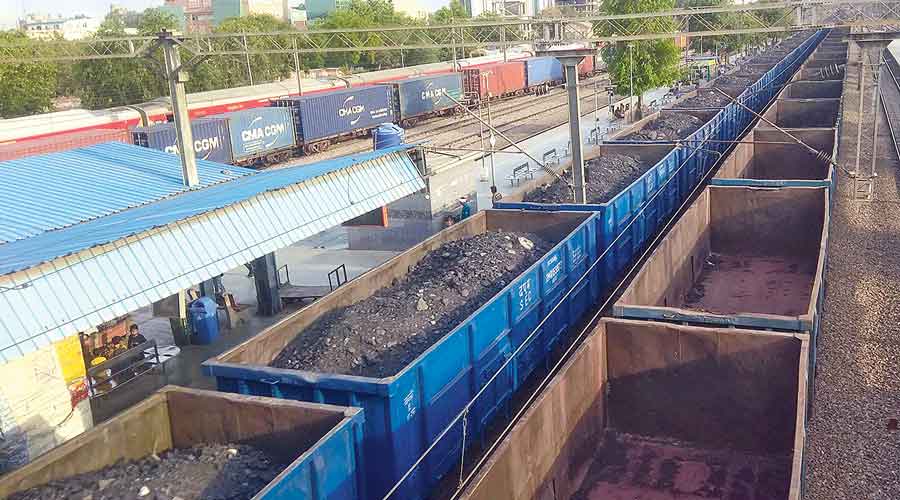 India's coal output soared by 28 per cent to 66.1 million tonnes in April amid high demand from thermal power plants as several parts of the country grappled with power shortage.

While Coal India Ltd (CIL) and its subsidiaries produced 53.4 MT of coal, production by Singareni Colleries Company Ltd (SCCL) stood at 5.3 MT and by captive mines at 7.3 MT during the last month.

According to the provisional data of the Ministry of Coal, while the total offtake of the coal sector was 70.8 MT during the month, the power sector offtake touched 61.7 MT in April. At the same time, coal supplies to the power sector from Coal India alone stood at 49.7 MT.

Coal supplies to the power sector by CIL were 15.6 per cent higher in the last month on yearly basis in the wake of high demand of the dry fuel from electricity generating plants.

The coal ministry stressed that it is planning to augment its dispatches further, especially to power plants in the coming months.

With higher output, CIL is aiming to increase its dispatches further, especially to power plants in the coming months.

Coal India, which accounts for over 80 per cent of domestic coal output, is one of the major suppliers of fossil fuel to the power sector.

On an average, the PSU supplied 1.66 MT of coal per day to power utilities in April which increased to 1.73 MT during last week. Average supply per day is at par with what was programmed by CIL for this sector during the first quarter of FY23.

The government had earlier said that the current power crisis is mainly on account of the sharp decline in electricity generation from different fuel sources and not due to the non-availability of domestic coal.

Coal Secretary A K Jain had attributed the low coal stocks at power plants to several factors such as heightened power demand due to the boom in the economy post-Covid-19, early arrival of summer, rise in the price of gas and imported coal and sharp fall in electricity generation by coastal thermal power plants.