The use of the e-CNY, or digital yuan, is now being expanded beyond the purchase of consumer goods 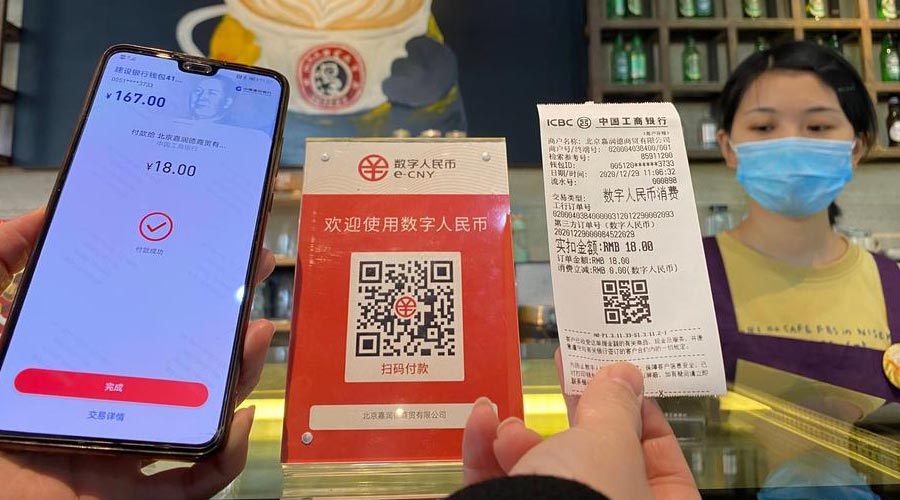 The use of the e-CNY, or digital yuan, is now being expanded beyond the purchase of consumer goods. Beijing has cracked down on other cryptocurrencies such as bitcoin and instead seeks to provide its own alternative.

China's digital yuan can now be used for wealth management products and bank loans. This move by China's central bank extends the use of the digital currency beyond the purchase of consumer goods.

The e-CNY is currently being used in more than 20 cities throughout China. Although the e-CNY is still in its pilot stages, the scope of the trial has been gradually expanded since its debut in 2020.

The Chinese government has introduced the e-CNY as Bejing has cracked down on bitcoin and other cryptocurrencies, seeking instead to provide a government-sanctioned and controlled digital alternative.

How is the e-CNY being used?

E-CNY adopters are already making use of the digital currency's expanded functionality.

In addition, China Construction Bank Corporation (CCB) now allows customers to use the e-CNY for wealth management products on its mobile app, according to Reuters news agency.

China has plans to further expand use of the digital yuan.

"In the future, digital yuan can be applied in more scenarios such as medical treatment, education, and finance," wrote Zhang Ming, a senior economist at the Chinese Academy of Social Sciences on an online publication in China.

Digital wealth management tools like the e-CNY are not new to China. Alipay, an Ant Group-owned digital payment service provider, has offered similar services since 2013 when it rolled out its own digital money market fund.

Despite success of its fintech giants, China has pushed to expand usage of the digital yuan.

Earlier this year, China began issuing cards, complete with a small LCD screen that tells users how much money is in the e-CNY account. These cards can be used without an internet connection.

Mechanisms like this fill in gaps where fintech companies cannot by providing "a secure, government backed, free or near free and immediate transfer of money," Richard Turrin, an expert on China's digital currency, told DW.