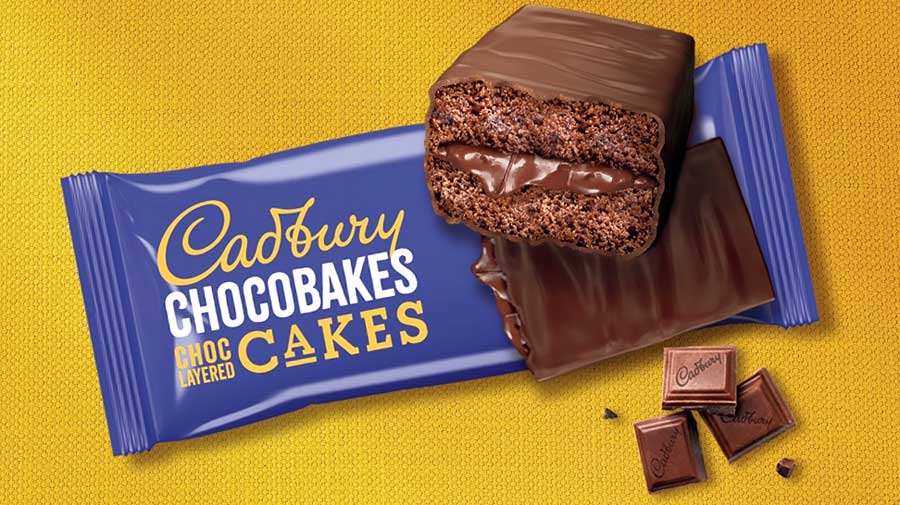 With the latest launch, it is bringing together its global baking expertise and the Cadbury chocolate taste.
Sourced by The Telegraph
Our Special Correspondent   |   Mumbai   |   Published 06.07.20, 02:13 AM

Mondelez India, known for snacking brands such as Cadbury Dairy Milk, Cadbury Bournvita and Oreo, has ventured into the cakes category with the launch of “Cadbury Chocobakes Choc Layered Cakes”.

This is its second launch under the choco bakery sub-category in less than a year after the launch of the Cadbury Chocobakes Choco-filled Cookies.

Mondelez said with the latest launch, it is bringing together its global baking expertise and the Cadbury chocolate taste. The new product has made it to the shelves from this month.

“Our endeavour has always been to provide unique eating experiences and a broad range of product offerings to our consumers. We are confident that our latest launch will help us open interesting avenues in the snacking space,” said Sudhanshu Nagpal, associate director-marketing (biscuits), Mondelez India, said.

Speaking to the press through a video conference, Nagpal said Mondelez has built a strong foundation for its biscuits business in the country and over the last couple of years it has added four lakh stores and taken its total footprint to more than 1.2 million stores.

He added that the company is now keen to tap a larger share of the consumer palette.

Though it is entering a nascent and a fragmented segment, he said that it has potential to be a very sector in the future.

Nagpal further pointed out that while economic activity was severely affected in March and April due to the nationwide lockdown, it has picked now up and the company has been able to reach its product to customers. He added that with people staying home, there will more potential for brands in its portfolio as snacking rises.