Brickbats for BAT at ITC meet 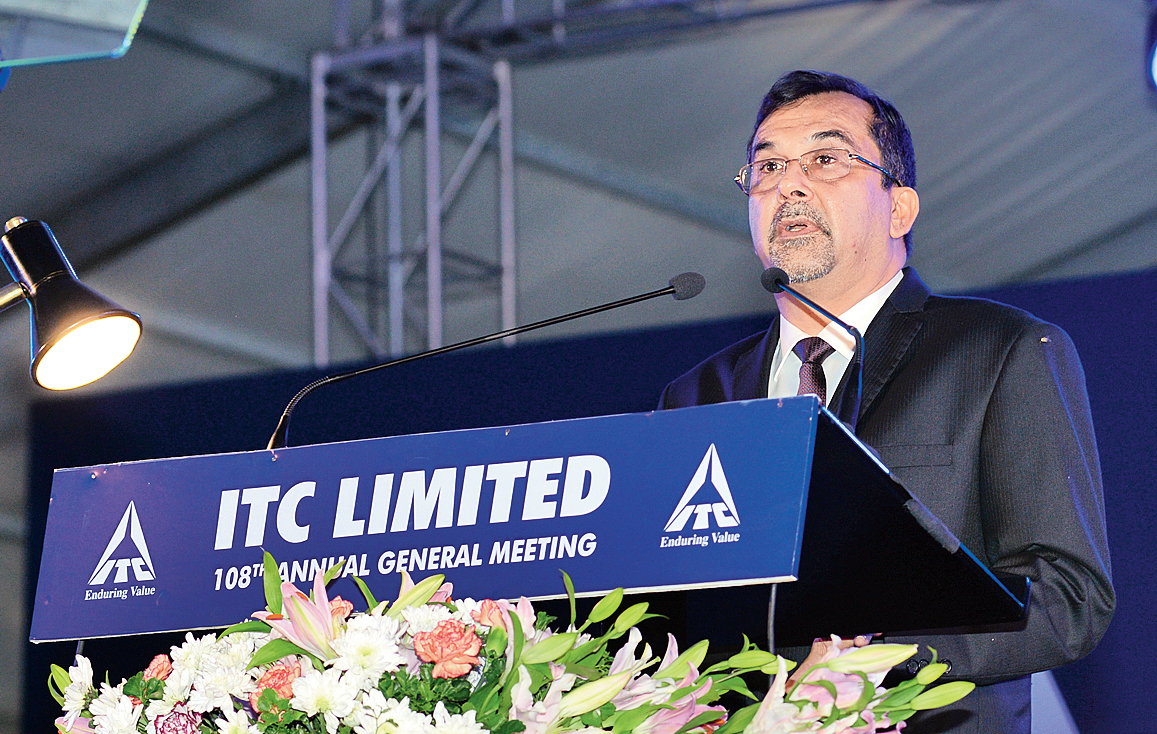 Minority shareholders of ITC on Friday slammed British American Tobacco (BAT) of the UK — the single largest shareholder of the Rs 48,269-crore cigarette-to-hotels conglomerate — for scuttling an equity-settled stock appreciation rights (ESAR) scheme last October by exercising a rarely-used veto that its 29.53 per cent stake in the company entitles it to use.

The share rewards programme for ITC employees had turned into a major tussle between late ITC chairman Yogi Deveshwar and the largest shareholder of the diversified company.

British American Tobacco had stonewalled the ESAR plan — which was first brought to the board in August last year — because it was afraid that it could potentially take its stake in ITC below 26 per cent, a vital governance threshold that entitles an entity to bring or block special resolutions.

Retail shareholders alleged that BAT had a history of blocking proposals by the Indian management and said BAT should sell its shares in the company if it wasn’t happy with the way the company was being run.

“BAT is not supporting the management…It should sell the shares in the market,” retail shareholder Manoj Gupta said.

“It is unfortunate that one large shareholder blocked the resolution,” said another shareholder, adding that the cost to the company on account of salary and wages would go up as a result.

Corporate sources said BAT, which has only one nominee on the ITC board, does not follow a dilutive employee share scheme anywhere in the world — a position it adheres to in Reynolds American Inc and the holding company level.

A spokesperson for BAT said: “We are very supportive of plans to incentivise executives and employees of ITC with company shares as long as the incentivisation is not done in a manner which is dilutive to ITC shareholders. This could include buying shares in the market for issuing employee stock option schemes (ESOP), which a number of other large and well-respected Indian companies have done in recent years.

“We have consistently maintained our long-standing position regarding dilutive employee share schemes and we have been clear that we would not be supportive of any future proposals that are dilutive to our shareholding. This is simply and importantly a matter of our fiduciary duty to our shareholders and does not, in any way, undermine our support for the ITC management and employees,” the spokesperson added.

The company had granted 688,425 options last year, while 5,43,36,690 shares were issued and allotted upon the exercise of options during 2018-19 under an existing ESOP scheme, ITC’s annual report said.

The original plan had proposed to set aside shares equivalent to 2 per cent of ITC’s outstanding equity capital, or a maximum of 25.27 crore shares, under the ESAR plan.

Sanjeev Puri, new chairman of ITC, has now come up with a second best option to get the company’s employees’ rewards programme off the ground.

Puri has now proposed a new cash-settled stock appreciation rights (SAR) programme — described as a second best option — that could drain the company’s reserves by about Rs 400 crore a year.

“ESOP is the best way to retain talent and aligning interest of the employee to that of the shareholder. As that instrument is not available, we are using a cash settlement stock appreciation rights (SAR) scheme,” Puri said.

He added that the cash-settled SAR scheme would not be as effective as the earlier one.

“Very simply put, the non-cash cost that ITC has in its accounts, under a cash settled system, becomes a cash cost. It is shareholders’ money being deployed for expenses,” Puri said.

Rajiv Tandon, ED & CFO, said the liquidity position would be impacted to the extent of Rs 300-400 crore going by past trends, adding that it would not impact the profit and loss account or the earnings per share.

Corporate watchers said there were several reasons why a share buyback plan was not feasible in India.

First, a share buyback involves a long regulatory process of approval. Second, the shares cannot be bought back and held as treasury stock before release to the ESOP pool of shares. Sebi mandates that shares that are bought back must be immediately extinguished. Third, there is a six month cooling period between the end of a buyback programme and the issue of fresh shares for an ESOP plan.

And finally the clincher: the latest budget has imposed a flat 20 per cent tax on the distributed proceeds on account of a share buyback after July 5. Earlier, this rule only covered unlisted companies and was labelled as a necessary anti-abuse provision to stop people from ducking taxes. Finance minister Nirmala Sitharaman has now extended it to listed companies as well.