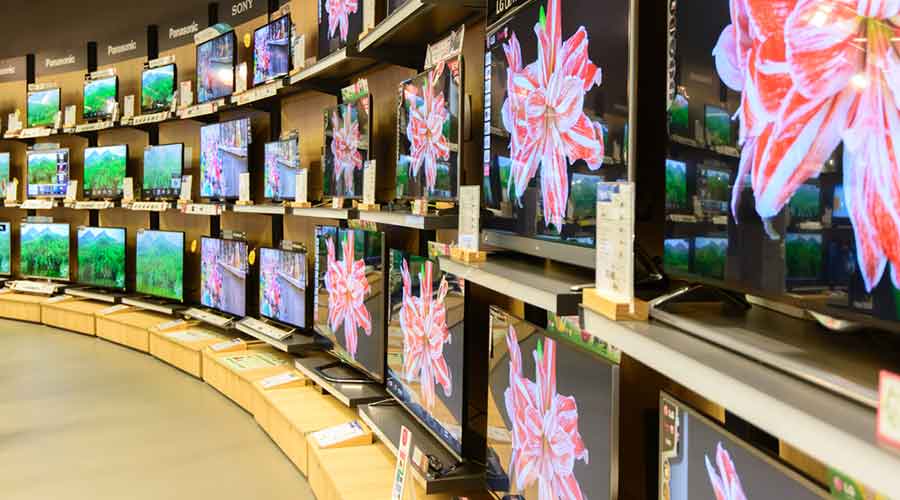 Issues such as inverted duty structure on certain parts and lack of component ecosystem have restricted the growth of domestic manufacturing in the sector.
Shutterstock
A Staff Reporter   |   Calcutta   |   Published 01.08.20, 05:53 AM

The Consumer Electronics and Appliance Manufacturers Association (Ceama) on Friday said that the government’s move to put televisions in the restricted category of imports will encourage domestic manufacturing.

The Directorate General of Foreign Trade (DGFT) in a notification on Thursday has put colour televisions of screen sizes in the range of 36cm to 105cm under the restricted category, which means that any import into the country will now require a licence from the DGFT.

According to Ceama, the domestic television market is estimated at around 16-17 million units per annum with a sale value of Rs 25,000 crore. Of this, around 30 per cent is imported from countries such as China, Thailand and Vietnam.

Issues such as inverted duty structure on certain parts and lack of component ecosystem have restricted the growth of domestic manufacturing in the sector.

Ceama members told The Telegraph that the government is taking industry inputs for a phased manufacturing policy for televisions in the country.

While plastic, sheet metal and PCB mountings are already available indigenously, one of the key areas is the display unit fabrication. If there is a scope for generating volume through policy framework, the ecosystem can develop in the country, said Ceama committee member Sunil Vachani.

“This is expected to provide a major boost to the indigenous manufacturing and ‘self-reliant’ theme of India. The TV industry is one of the biggest employers with an estimated employment of 40,000 plus people directly and indirectly through the ancillary units,” said Kamal Nandi, president of Ceama and business head and executive vice-president, Godrej Appliances.