The biggest commitment of $1.1 billion has come from the Hiranandani group for a data centre project 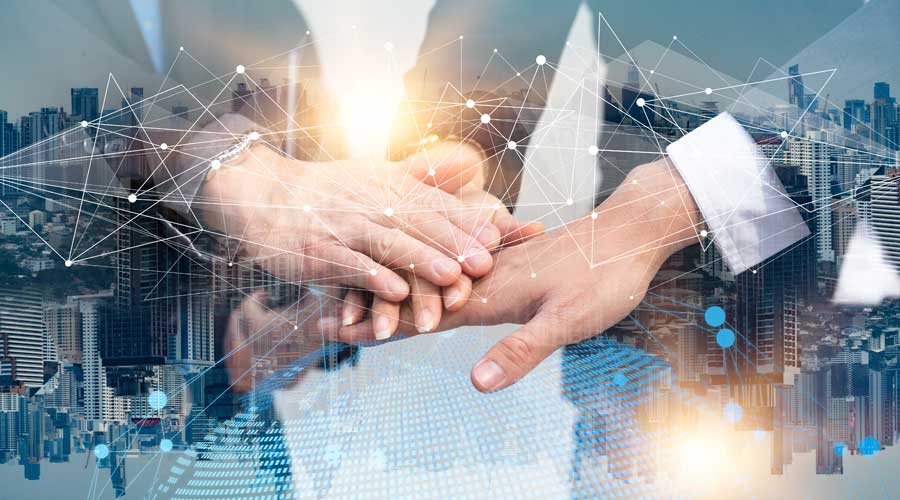 As many as seven MoUs in the IT sector were signed on the second day at the Bengal Global Business Summit — promising $1.2 billion (around Rs 9,000 crore) of investments to the state.

The investments are spread across data centres, IT consulting, electronics system design and manufacturing, smart metering and robotics, according to government sources.

The biggest commitment of $1.1 billion (around Rs 8,000 crore) has come from the Hiranandani group for a data centre project.

Yotta Infrastructure of the Hirandanis has signed an MoU with state nodal agency Webel to set up the 250MW data centre.The group has plans to develop the project at Uttarpara.

Tech Mahindra has inked an MoU with the Society of Natural Language Technology Research, department of IT and electronics, to support government initiatives in identifying employment opportunities under the Karmobhumi program.

Slovenian firm Iskrameco  will set up a smart meter and communication module manufacturing unit at an investment of around Rs 400 crore.

Edward Food Research and Analysis Centre will set up a unit for instrumentation systems for Rs 100 crore.

DTown Robotics Pvt Ltd, will set up an electronics manufacturing unit with an investment of Rs 7.25 crore over the next three to five years.

Crimson Enterprise plans to set up a 3D hologram experience centre with an initial investment of Rs 0.75 crore.

Sources said investor interest is high because the state has a data centre policy in policy that served as a road map to the companies.

Further, the state is keen on bringing in investments in electronics manufacturing.

Data centre is also a part of the plans for the Adani group, which has committed Rs 10,000 crore worth of investments in the state over the next decade across business verticals.

Causis E-Mobility, an electric mobility start-up, has signed an MoU with the Bengal government at the BGBS 2022 to set up an electric bus assembly unit in the state. The government will allocate 50 acres. The company plans to invest Rs 2,500-3,000 crore in the plant, which will produce 500 to 1,000 electric buses per annum. The plant will provide direct employment to 750 to 1000 people and indirect employment to 1250-1500.

Jubilant Foodworks, which operates brands such as Dominos’ Pizza and Dunkin Donuts, has evinced interest in setting up a food processing plant in the state. The project will involve investment of more than Rs 100 crore and is expected to generate employment of more than 1,300 people. Prateek Pota, CEO and wholetime director, Jubilant Foodworks, said the plant will allow the company to grow its brands rapidly in Bengal.

Vikram Solar, the city-based solar energy modules and solution provider, is also looking to expand its base in Bengal. The company’s vice-chairman and managing director Gyanesh Chaudhary said it is upgrading its export oriented facility at Falta SEZ from 1200 MW to 3000 MW by 2023. The company is also planning an innovation and R&D centre at Bengal Silicon Valley project.

Australian logistics and real estate management services provider LOGOS is working on a modern logistics and warehousing facility with an investment of Rs 730 crore at Uttarpara.

The company’s MD and co-CEO Trent Iliffe announced the project at the summit.

Flipkart announced setting up of a fulfilment centre at Haringhata with a total built up area of 2 million square feet. The project will create more than 11,000 direct jobs in the region and will support a network of around 22,000 sellers and MSMEs from the state and north eastern region. Flipkart Group CEO Kalyan Krishnamurthy was present at the summit.