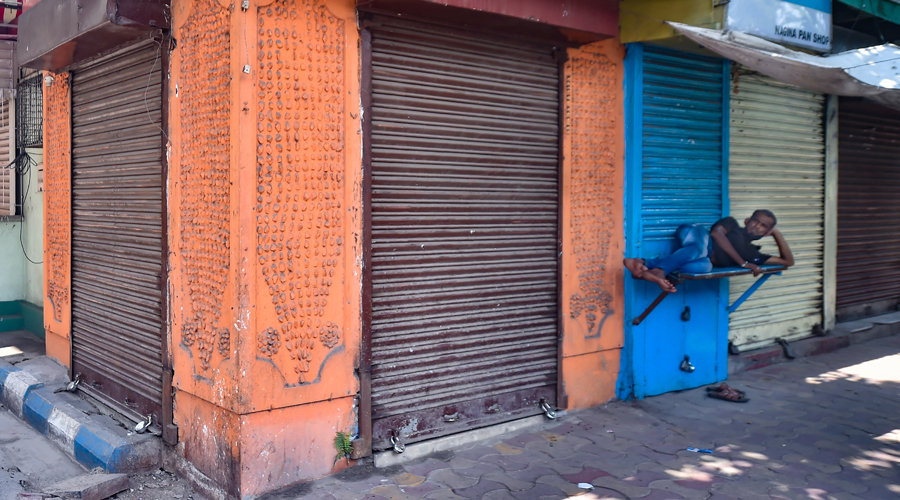 Industries based in Bengal want the state government to ease the curbs on the movement of trucks within the state and from outside to maintain the supply chain and distribution for essential items, process industries and export-oriented units.

In their formal and informal communications to the state government over the weekend, the industries have also sought administrative approval to continue with in-situ  (on site) operations at manufacturing units and real estate construction sites, albeit with a limited number of workers.

The relaxations are being sought by the industries in the wake of the lockdown-like measures announced by the Bengal government, which came into effect from Sunday to rein in the surge in Covid cases. Industry is hoping that the state administration may review some of the guidelines following the representations made by them over the next few days.

“We all realise and appreciate how critical it is for the state to break the chain and the first priority is to save lives. However, at the same time, it would help if the industry (essential and process) is given relaxation in material movement for domestic and export,” Peeyush Gupta, chairman of CII’s West Bengal Council, said this evening.

The CII is looking at clarity on three issues, among others. The industry body will plead that inter- and intra-state movement of raw materials and finished goods be allowed, apart from to and fro movements to the ports at Haldia and Calcutta.

The plea made by the Bengal Chamber of Commerce & Industries are along similar lines. It pointed out that essential items cover many other products and such stoppages might lead to immediate larger problems.

The notification issued by the state on Saturday read: “All intra-state movement of trucks and goods carriers shall be closed, except relating to medical supplies, oxygen, essential food commodities including milk, eggs, meat and fish, petrol/diesel and LPG.”

“There are no specific carriers only for essential items. Hence, if truck movements are stopped, then it would severely hamper movement of all items with serious repercussions on economic activity,” BCCI&I president Deb A. Mukherjee said.

The chamber also requested the state to carry out all agricultural and allied activities such as transportation, warehousing and distribution.

Industry bodies are also requesting the state to allow the operations of manufacturing units where the workers stay at the site.

Sushil Mohta, president of Credai West Bengal, said construction work on site with 50 per cent strength should be allowed. “We are also requesting the government that movement of essential construction materials such as sand, stone chips and ready-mix concrete within the state be allowed,” Mohta said.

Credai has written to Bengal chief secretary Alapan Bandyopadhyay to point out that the completion of ongoing works such as foundation of a structure, basement must be completed before the onset of monsoon which will hit the state next month.

Going a step further, the Indian Chamber of Commerce suggested that manufacturing industries where workers stay at the premises should be allowed. “States such as Tamil Nadu and Maharashtra have allowed manufacturing units to function during the lockdown period considering export units/industries under essential services and continuous process industries,” Rajeev Singh, director- general of ICC, pointed out.

He also suggested that the inter-state movement of trucks may be allowed if the transport worker carries Covid test negative reports.

While the government has allowed tea gardens to operate with 50 per cent workers, the order passed on Saturday did not mention if tea auction houses in Calcutta and Siliguri can operate.

The Calcutta Tea Traders Association has written to the chief secretary seeking clarity. The cash flows of the gardens would be hit in the absence of auctions as they are producing the crops. The auction centres at Guwahati were allowed to operate despite lockdown-like measures, the tea traders said in their letter.