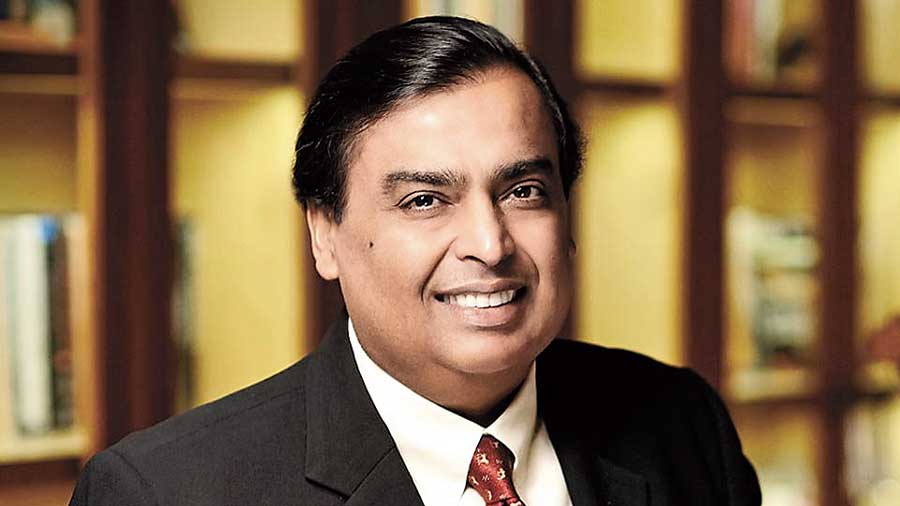 Retail industry rivals Mukesh Ambani and Jeff Bezos could bake the bread together in India with Bezos’s Amazon reportedly eyeing a slice of Ambani’s Reliance Retail Ventures, which has started selling a part of the equity to global investors.

Bloomberg on Thursday said Amazon.com Inc was in discussions with Reliance Industries Limited to invest around $20 billion in Ambani’s retail business.

RIL could even sell as much as a 40 per cent stake in Reliance Retail Ventures to Amazon. Though the buzz of Amazon investing in the retail arm of RIL has been doing the rounds the past couple of months, a stake sale of such a magnitude should come as a surprise.

“We would like to reiterate that as a policy, we do not comment on media speculation and rumours and we cannot confirm or deny any transaction which may or may not be in the works. Our company evaluates various opportunities on an ongoing basis,” Reliance said in a clarification to the stock exchanges after market hours.

“We have made and will continue to make necessary disclosures in compliance with our obligations under Securities Exchange Board of India (Listing Obligations and Disclosure Requirements) Regulations 2015 and our agreements with the stock exchanges,” Reliance said.

Amazon’s keenness to invest in the retail business of RIL comes only a day after it sold 1.75 per cent in Reliance Retail Ventures to US private equity firm Silver Lake Partners for Rs 7,500 crore.

According to the analysts at Credit Suisse, the combined entity can leverage the deep offline network of Reliance Retail and the established logistics network of Amazon to harness cross-selling and omni-channel opportunities.

The brokerage said RIL can benefit through an increase in the addressable user base for JioMart via access to the existing 140 million monthly active users of Amazon.

Besides, the business of cash-and-carry arm Reliance Market would grow with Amazon sellers such as Cloudtail and Appario Retail supplying their products to it.

On the other hand, Amazon will gain access to a large logistics network, which has further strengthened post Reliance Retail’s acquisition of Future Group’s logistics and warehousing business.

Amazon will also expand its user base by tapping footfalls in the Reliance Retail stores to drive its online cross-purchases.

Brokerages have also signalled the risks to the deal: one being the integration of Amazon Pay with WhatsApp Pay.

JP Morgan said that though such a transaction would be positive for Reliance Retail, there are certain matters which they are unable to “square off”.

“What would happen to growth plans for JioMart/New Commerce; WhatsApp partnership?” its analysts asked.