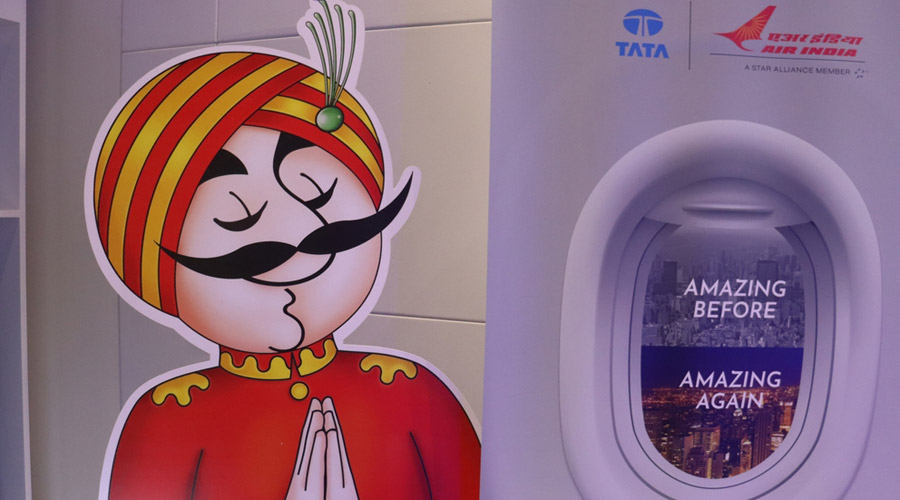 Air India aims to have a domestic market share of 30 per cent and significantly strengthen its international operations in next five years, with the Tatas-owned airline putting in place a transformation plan after gathering feedback from staff.

The carrier, which plans to induct 30 new wide-body and narrow-body aircraft, on Thursday announced 'Vihaan.AI', a comprehensive transformation plan with a detailed road map for next five years.

Under the plan, the focus will be on dramatically growing both its network and fleet, developing a completely revamped customer proposition, improving reliability and on-time performance, and taking a leadership position in technology, sustainability, and innovation, as well as aggressively investing behind the best industry talent, according to a release.

"Over next 5 years, Air India will strive to increase its market share to at least 30 per cent in the domestic market while significantly growing the international routes from the present market share. The plan is aimed at putting Air India on a path to sustained growth, profitability and market leadership," the airline said.

Air India had a domestic market share of 8.4 per cent in July, as per the latest data from aviation regulator DGCA.

"While the immediate focus of the airline remains on fixing the basics and readying itself for growth (Taxiing Phase), the more medium-to-long term focus will be on building for excellence and establishing scale to become a global industry leader (Take Off & Climb phases)," the release said.

Air India MD and CEO Campbell Wilson said the transformation has already started with a slew of initiatives in areas like refurbishing cabins, serviceable seats and in-flight entertainment system.

"We are also adopting proactive maintenance and refining flight schedules to enhance on-time performance. Our fleet expansion will involve a combination of both narrow-bodied and wide-bodied aircraft to cater to varied network needs," he added.

'Vihaan.AI' plan was unveiled through Workplace, the airline's virtual communication and engagement platform. Over the coming days and weeks, the management team will engage employees across regions, departments, and locations through a series of physical and hybrid sessions.

In Sanskrit, Vihaan signifies the dawn of a new era.