Advertisement
Home / Business / After iPhone 11 and others, Apple starts assembly of iPhone 12 in India

After iPhone 11 and others, Apple starts assembly of iPhone 12 in India 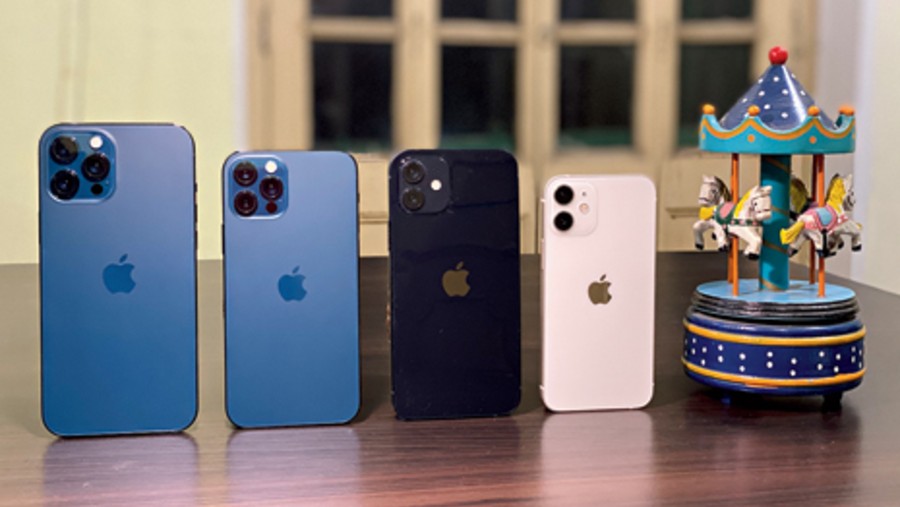 Apple Inc is commencing assembly of its iPhone 12 model in India, a move that is expected to help the US tech giant further consolidate its position in the country.

Apple has partnered with third-party manufacturers like Foxconn and Wistron to make some of its phones in India. These include iPhone SE, iPhone 10R and iPhone 11.

"Apple is dedicated to making the best products and services in the world to delight our customers...We are proud to be starting production of iPhone 12 in India for our local customers, Apple said in a statement.

While the Cupertino-based company did not name the supplier partners, sources said Foxconn will be making the iPhone 12 in India.

Apple had started manufacturing iPhones in India in 2017 with iPhone SE.

In a tweet, Electronics and IT Minister Ravi Shankar Prasad said: "Nice to see our efforts to make India a big hub of mobile and components manufacturing is attracting global attention. This will create jobs in large numbers."

Apple, which competes with players like Samsung and OnePlus in the premium smartphone segment, has been aggressively ramping up its presence in the Indian market.

In January, Apple Chief Executive Officer Tim Cook had stated that the company has doubled its business in India in the December quarter on the back of strong performance of its online store, and that the tech giant sees a good growth trajectory going ahead.

"India is one of those, where our share is quite low. It did improve from the year-ago quarter. Our business roughly doubled over that period of time. And so, we feel very good about the trajectory. We are doing a number of things in the area. We put the online store there, for example, and last quarter was the first full quarter of the online store," Cook had said.

Apple also plans to set up brick-and-mortar outlets in India in addition to the online store as the iPhone maker looks to further cement its position in one of the world's biggest smartphone markets.

In the past, Apple has stated that it is keen on offering online and in-store experiences to Indian users that are at par with its global standards and that it aims to open its maiden retail store in India.