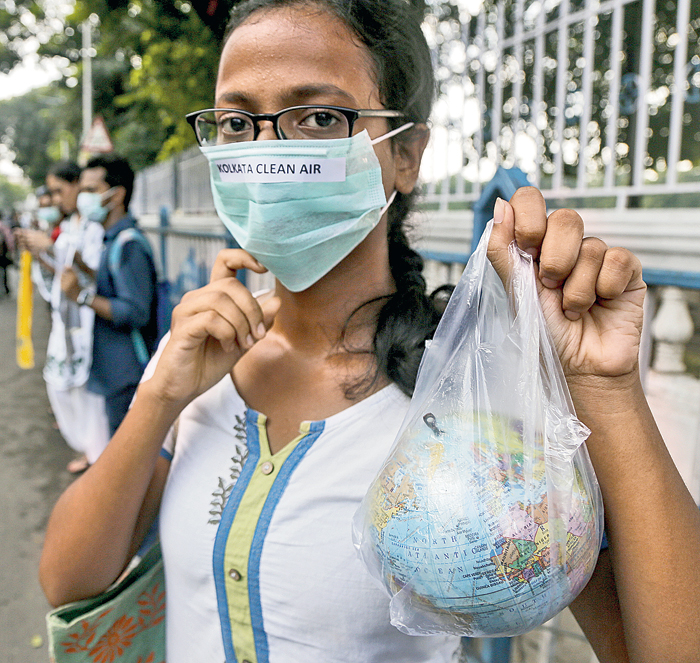 They are in open revolt.

Anxious about their future on a hotter planet, angry at world leaders for failing to arrest the crisis, thousands of young people began pouring into the streets on Friday for a day of global climate protest.

“I fight for climate justice action because everyone deserves a safe future, which is something our government is not supporting yet,” said Niamh O’Connor Smith, 17, who addressed the crowd in Melbourne, Australia, at one of the first global rallies. “Together, we will change that.”

More than 100,000 protested in Melbourne, in what organisers said was the largest climate action in the country’s history. The rally shut down key public transport corridors for hours. 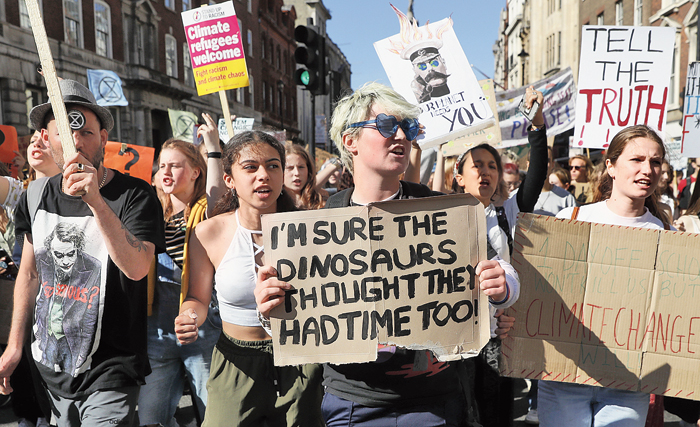 Climate protesters demonstrate in Whitehall in London on Friday
(AP)

In Sydney, thousands gathered in the Domain, a sprawling public park just a short walk east of the Central Business District — grandparents escorting their children holding homemade signs, groups of teenagers in school uniforms, parents handing out boxed raisins to their young children.

“You shall not pollute the land in which you live,” one banner in Sydney read.

The deputy Prime Minister, Michael McCormack, called the protests “just a disruption” and said students would learn more at school than at protests.

Rarely, if ever, has the modern world witnessed a youth movement so large and wide, spanning across societies rich and poor, tied together by a common if inchoate sense of rage.

In Quezon City, in the Philippines, protesters, including one dressed as Pikachu, the Pokémon character, held a sign that read: “Dead Planet Soon. Act Now!” Greenpeace posted pictures on Twitter showing its activists blockading the entrance to a Shell oil refinery in the Philippines.

No protests were authorised in China, the world’s biggest source of greenhouse gas emissions.

Another said, “This planet is getting hotter than my imaginary boyfriend.”

Thousands turned out in Warsaw, in coal-reliant Poland, The Associated Press reported. The German police said several dozen activists had blocked a road in Frankfurt, the financial capital, while in Berlin, protesters blocked a bridge across the Spree river.

Across Britain, there were large protests from Brighton to Birmingham, with the turnout in London especially large. “Guys this is really uncool,” one banner read.

In Mumbai, children in oversize raincoats marched in the rain. In the Indian capital, New Delhi, where air pollution is among the worst in the world, dozens of protesters gathered outside a government building.