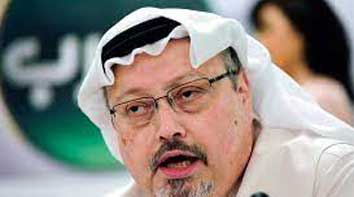 French officials have freed a Saudi man a day after he was arrested on suspicion of links to the murder of the dissident Saudi writer Jamal Khashoggi, saying on Wednesday that it was a case of mistaken identity.

The French authorities arrested the man on Tuesday at the Roissy-Charles de Gaulle airport near Paris because his name and age matched that of Khalid Alotaibi, 33, who is accused of being part of the team that killed Khashoggi inside the Saudi consulate in Istanbul in 2018. There is an outstanding Turkish arrest warrant against that Alotaibi, as well as an Interpol red notice.

Rémy Heitz, the prosecutor general, said in a statement that extensive verifications of the arrested man’s identity had established that the warrant did not apply to him. He was freed on Wednesday.

The arrest briefly reignited international speculation over the killing at a time when Saudi Arabia and its de facto ruler, Crown Prince Mohammed bin Salman, are seeking to rebuild their international reputations.

Khashoggi, a prominent Saudi writer and columnist, was killed in October 2018 after entering the consulate to obtain the paperwork he needed to marry his Turkish fiancée.