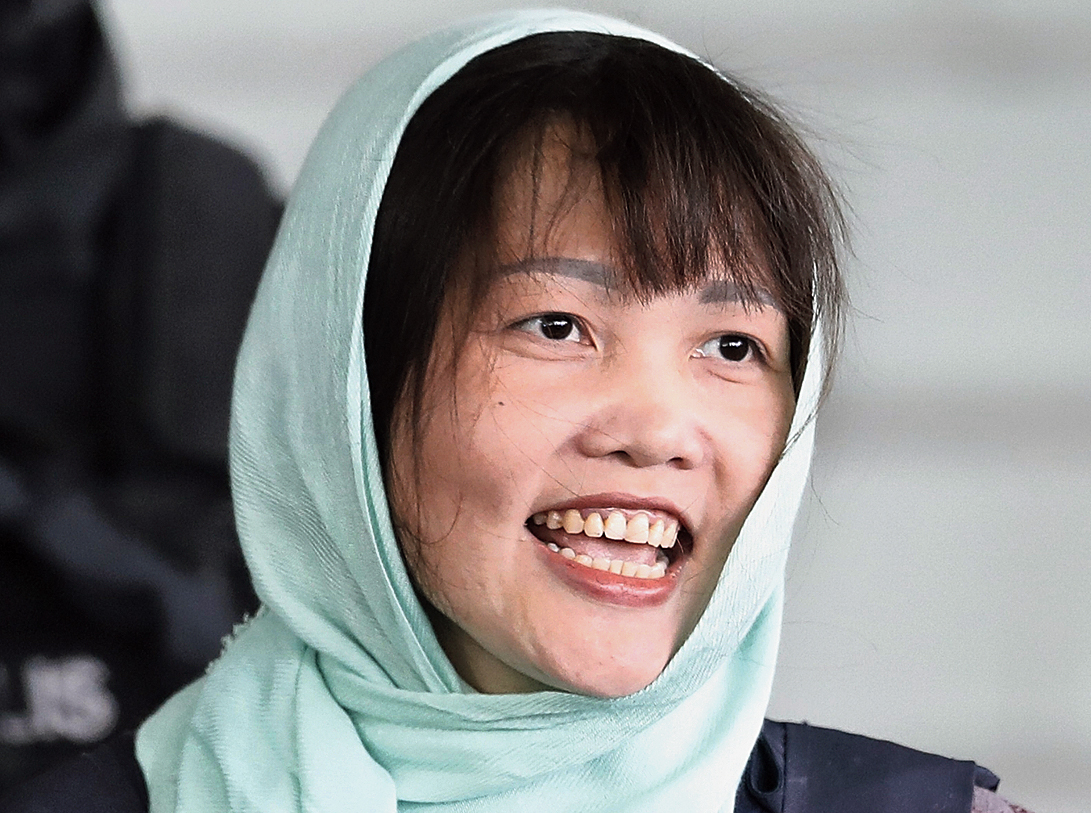 A Vietnamese woman who spent more than two years in a Malaysian prison on suspicion of killing the half-brother of North Korean leader Kim Jong-un was freed on Friday, her lawyer said.

Doan Thi Huong, 30, was charged along with an Indonesian woman with poisoning Kim Jong Nam by smearing his face with liquid VX, a banned chemical weapon, at Kuala Lumpur airport in February 2017.

Malaysian prosecutors dropped a murder charge against Huong last month after she pleaded guilty to an alternate charge of causing harm. Huong will return to Vietnam later on Friday, her lawyer, Hisyam Teh, told Reuters.

In a handwritten letter, Huong thanked the governments of Malaysia and Vietnam, as well as those involved in her trial and imprisonment, for “all the support”.

“I’m very happy and thank you all a lot. I love you all,” Huong said in the letter shown by her lawyers at an airport press conference before her flight. Huong’s whereabouts were not known, but Teh said immigration officials would escort her to the plane.

She will be accompanied by her lawyers and embassy officials on the flight to Hanoi, Vietnam’s capital, Teh said. “The case has come to a complete end, as far as Doan is concerned,” he said, using Huong’s surname.

Huong’s co-accused, Siti Aisyah, was freed in March after prosecutors also dropped a murder charge against her.

South Korean and US officials have said the North Korean regime had ordered the assassination of Kim Jong Nam, who had been critical of his family’s dynastic rule. Pyongyang has denied the allegation.

Defence lawyers have maintained the women were pawns in an assassination orchestrated by North Korean agents. The women said they thought they were part of a reality prank show and did not know they were poisoning Kim. Four North Korean men were also charged but they left Malaysia hours after the murder and remain at large.