When Sajid Javid ‘heard’ why he wouldn’t be PM 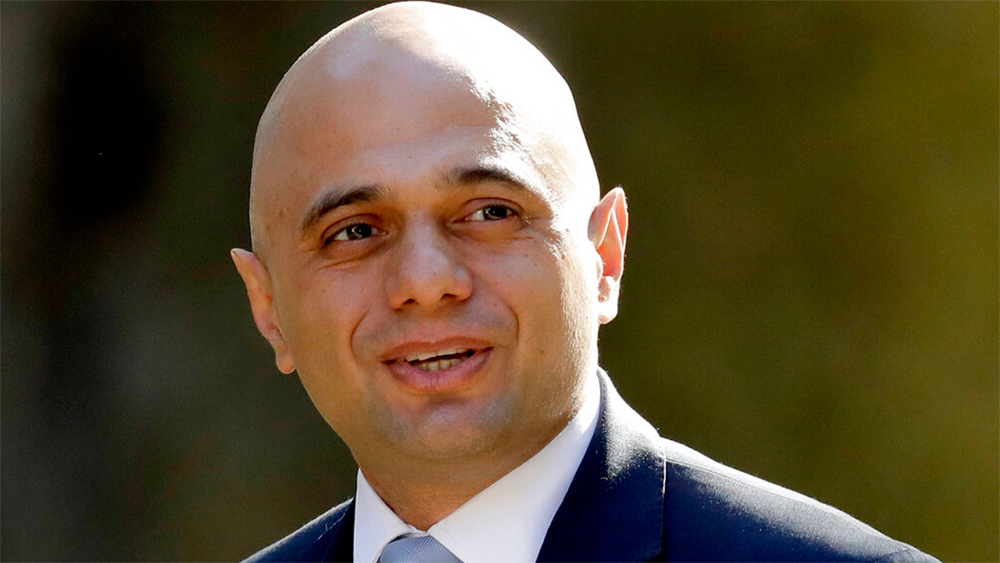 Sajid Javid, the UK home secretary, literally walked into an opinion not publicly broadcast everyday: the Conservative Party wouldn’t yet elect a Muslim as Prime Minister.

A caller who identified himself as Louis had dialled LBC, a talk radio station in London, on Thursday to air his opinion that the 160,000 Tory party members would not vote for a Muslim to be Prime Minister.

Just when Louis was ringing in his view, Javid entered the studio to be interviewed by Iain Dale, a presenter who has been questioning the Tory party leadership hopefuls in turn, and heard the remark.

In the first ballot, Javid came fifth with 23 votes of 313 lawmakers who voted, way behind the frontrunner Boris Johnson with 114.

Javid, 49, the son of a Pakistani bus diver, became a millionaire banker before he stepped into public life. He and his wife Laura have four children.

As home secretary, Javid controversially stripped the one time Bangladeshi schoolgirl, Shamima Begum, 19, of her British nationality because of her connections with Islamic State. Earlier this week, he signed an order certifying the US can pursue the extradition of WikiLeaks founder Julian Assange, 47, through the courts.

Normally, home secretaries are invited to Buckingham Palace banquets but Javid was pointedly excluded from the one held for Donald Trump.

In his phone-in with listeners, Javid dealt with a caller, Abdul from Edmonton (in north-east London), who wondered: “Was Sajid Javid left out of the Trump state banquet dinner because is a Muslim?”

Javid’s on the whole sympathetic interview with Dale revealed British politics in the raw.

Dale: We had a caller (Louis) who said he didn’t think you would win because Britain wouldn’t vote for a Muslim.

Javid: I heard that.

Dale: What did you make of that?

Javid: Not a lot but I have heard it before yes. It's not surprising.

Dale: I would like to think we are in a country now that doesn’t think in that way. I was slightly disappointed that Louis, quite an articulate young man, said that.

Javid: I really think we are the most successful, multiracial democracy in the world. I have had the privilege to travel a lot and seen many other countries and many other democracies and there is nothing like it.

I will give you an example: when I go to EU council meetings, you have ministers from around the world. I have never ever seen any other European country that has an ethnic minority minister sitting around the table. In Britain, it’s not just me — there are many. That shows how strong our democracy is.

Dale: So why are you not surprised by those comments?

Javid: As we become a more modern country, we have become much more accepting of people whatever their background. It’s not just based on their race. It might their gender, sexuality — I think it’s great. We have come a very, very long way but there will always be some people that don’t take that journey.

In my leadership speech, I talked about how when I wanted to marry my wife — a white Christian — people said, ‘Oh you don’t want to do that because you will have half-caste children’. I said my kids aren’t half anything — they are fully British. And they are going to play a full role in modern Britain.

Dale: You are now home secretary, you hold one of the great offices of state, that ought to send out a message to people like Louis that it is possible for somebody whatever their background, whatever their skin colour, whatever their faith to come forward and take the opportunities that are given to them. But it must get slightly debilitating at times when you are constantly having to deal with this kind of thing — Boris Johnson does not have to deal with this.

Javid: Part of it is social media. After this evening with you, if I go and look at my social media tonight, there would be a whole bunch of racist comments.

I suppose to some extent I have become a bit desensitised about it but I also know it doesn’t represent what Britain is. It is a tiny, tiny, tiny proportion of the population. So we should not get carried away with it.

Dale: Do you think the Conservative Party has a real problem with Islamaphobia — it has become an issue, hasn't it?

Javid: I don’t think the party does, I really don’t — that is not to say that there isn’t an issue in society which can include members of political parties. I don’t deny that. And we have seen, a rise in reported hate crimes against the Muslim community and other communities.

We have seen instances of that in the Conservative Party in terms of members of the party. Every single time that has happened, the party has taken tough action immediately without waiting and that’s what necessary. I don’t think it is a party problem but I do accept there is a problem in society where certainly it has grown and we need to do more to tackle it.

Dale: And what is your own religious status?

Javid: I am not practising -- I consider myself a Muslim.

Dale: How do you bring your children up?

Javid: My wife is Christian and what we have tried is that we teach our children about both faiths and we decided long ago before we had children that when they grow older it is a decision for them whether they want to have a faith at all and if so which one it is.