At least 290 people were killed and around 500 wounded 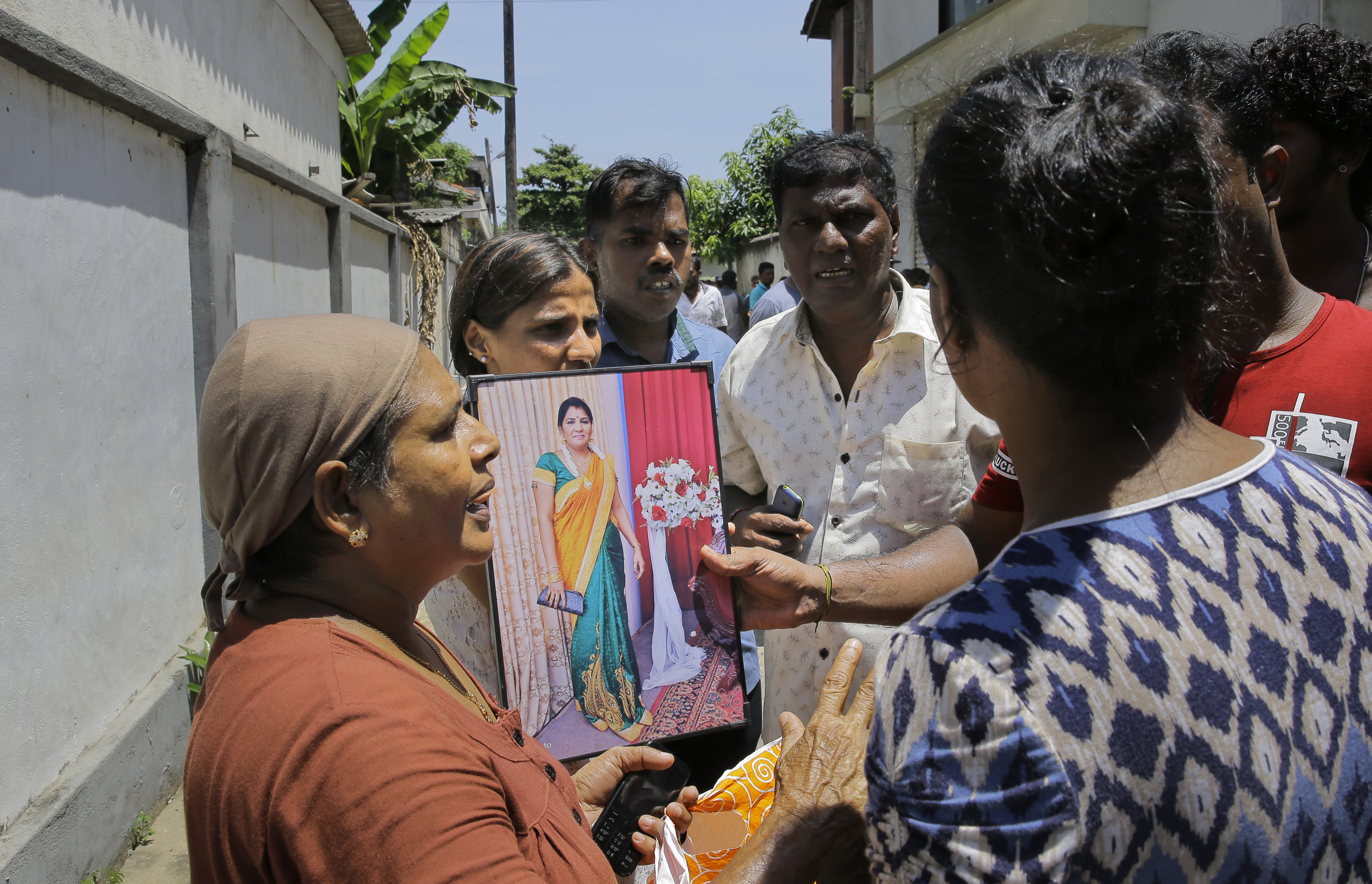 A Sri Lankan woman asks about her relative holding her photographs outside hospital morgue, a day after the serial blasts in Colombo.
AP
New York Times News Service   |   Colombo   |   Published 22.04.19, 10:46 AM

On Easter Sunday in Sri Lanka, coordinated bombings targeted churches, hotels and other sites, killing more than 290 people and injuring roughly 500 others.

The attacks in Sri Lanka, an island nation in the Indian Ocean, are the largest carried out on South Asian Christians in recent memory.

What we know about the attacks

The explosions began around 8.45 am on Sunday, and the deadliest appeared to be at St. Sebastian’s Church in Negombo. The other churches attacked were St. Anthony’s Shrine in Colombo and Zion Church in Batticaloa. There were also explosions Sunday morning at three hotels in the capital city of Colombo: the Shangri-La, the Cinnamon Grand and the Kingsbury.

More explosions followed in the afternoon, all in Colombo. The first was at the Tropical Inn, a small hotel not far from the national zoo in the suburb of Dehiwala. There was also at least one explosion at a housing complex in another suburb, Dematagoda.

At least 290 people were killed and roughly 500 wounded, police said. At least 36 of the dead were foreigners, several of them American, the authorities said. Others were Indian, British, Chinese, Dutch, Indian, Portuguese, Japanese and Turkish citizens, according to officials and news reports.

Twenty-four suspects were held in connection with the bombings, authorities said. The government said suicide bombers had set off the explosions. Three officers were killed hunting for the attackers at a housing complex.

A top Sri Lankan police official issued a letter on April 11 to government security officials warning of possible suicide attacks at Catholic churches by a radical Islamist group, National Thowheeth Jama’ath. It was unclear what safeguards, if any, were taken, or whether in the end the group played any role in the violence on Sunday.

The government set a nationwide curfew from 6 pm Sunday to 6 am Monday.

What we don’t know

Who was behind the coordinated attacks remains unknown, although a Sri Lankan defense official said that all of the Colombo attacks had been carried out by suicide bombers and that the attackers were believed to be part of a single group.

Who the 24 people being held in connection with the attacks are.

What steps the authorities took to try to forestall an attack after the advisory a week and a half ago about a potential threat.

Why Catholics appear to have been singled out in the bombings.