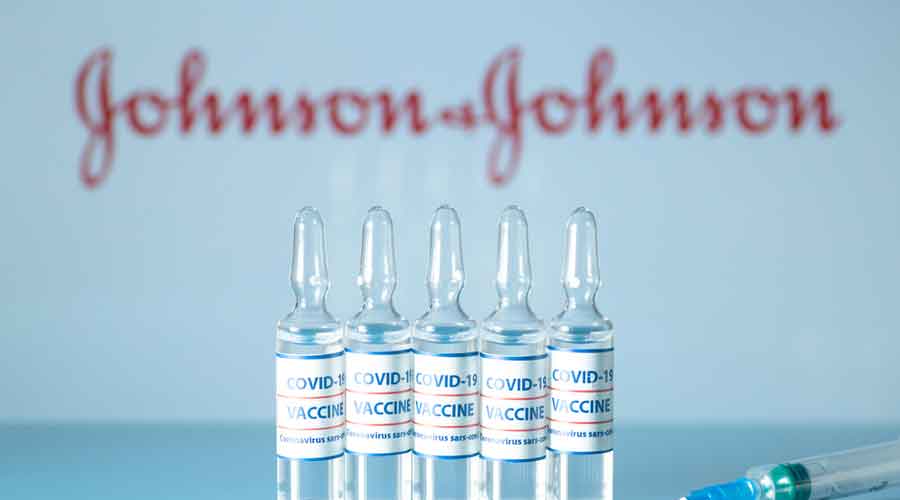 Federal regulators have told Johnson & Johnson that about 60 million doses of its coronavirus vaccine produced at a troubled Baltimore factory cannot be used because of possible contamination, according to people familiar with the situation.

The Food and Drug Administration plans to allow about 10 million doses to be distributed in the US or sent to other countries, but with a warning that regulators cannot guarantee that Emergent BioSolutions, the company that operates the plant, followed good manufacturing practices.

The agency has not yet decided whether Emergent can reopen the factory, which has been closed for two months because of regulatory concerns, the people said.

The Johnson & Johnson doses administered in the US so far were manufactured at the firm’s plant in the Netherlands, not by Emergent. For weeks the FDA has been trying to figure out what to do about at least 170 million doses of vaccine that were left in limbo after the discovery of a major production mishap involving two vaccines manufactured at the Baltimore factory.

Federal officials then ordered the plant to pause production, stripped Emergent of its responsibility to produce AstraZeneca’s vaccine and instructed Johnson & Johnson to assert direct control over the manufacturing of its vaccine there.

Johnson & Johnson’s vaccine was once considered a potential game-changer in the US’s vaccine stock because it required only one shot and was particularly useful in vulnerable communities. But the federal government now has an ample supply of the vaccines from Pfizer-BioNTech and Moderna, the two other federally authorised vaccine developers, and no longer needs Johnson & Johnson’s supply.

Still, the loss of 60 million Johnson & Johnson doses puts a dent in the Biden administration’s plan to distribute vaccines to other countries that are still in the grip of the pandemic. The administration had been counting on sharing doses of both Johnson & Johnson and AstraZeneca but had to delay its plan while the FDA completed a review of the facility.

After he arrived in Britain for the Group of 7 summit this week, President Biden announced he had found another source for donations. Pfizer-BioNTech has now agreed to sell his administration 500 million doses at cost for donation to low and lower-middle income countries over the next year. The WHO estimates that 11 billion doses are needed globally to stamp out the epidemic.

The FDA’s action is disappointing news for Emergent and Johnson & Johnson, which hired the firm as a subcontractor. Inspectors are still reviewing the plant and are not expected to decide whether the company can reopen it until later this month, according to people familiar with the situation.

Regulators are also continuing to cast doubt on whether the company, which has been paid hundreds of millions of dollars by the federal government to manufacture coronavirus vaccines, adhered to manufacturing standards.

The agency’s plan to allow 10 million doses to be used in the US or abroad with a warning is somewhat unusual for a product under emergency authorisation, experts said. Regulators have the discretion to take that action if the drugs are badly needed and in short supply, they said.

In a statement, the FDAJohnson & Johnson and Emergent declined to comment on the agency’s decision.

A Group of Seven plan to donate 1 billion Covid-19 vaccine doses to poorer countries lacks ambition, is far too slow and shows western leaders are not yet up to the job of tackling the worst public health crisis in a century, campaigners said on Friday.

British Prime Minister Boris Johnson said he expected G7 leaders to agree the donations as part of a plan to inoculate the world's nearly 8 billion people against the coronavirus by the end of next year.

After US President Joe Biden vowed to supercharge the fight against the virus with a donation of 500 million Pfizer shots, Johnson said Britain would give at least 100 million vaccines within a year.

Canada is expected to commit to sharing up to 100 million doses. Other pledges may follow.

But health and anti-poverty campaigners said that, while donations were a step in the right direction, Western leaders had failed to grasp the exceptional efforts needed to beat the virus. Help with distribution was also necessary, they said.

Former British Prime Minister Gordon Brown, who has been pushing for richer countries to share more of the cost of vaccinating developing countries, said the G7 pledges were more akin to “passing round the begging bowl” than a real solution.

“It’s a catastrophic failure if we can't go away in the next week or two ... with a plan that actually rids the world of COVID now we’ve got a vaccine,” he said.  Alex Harris at Wellcome said the pledges did not go far enough.