US troops start pullout from along Turkey's border in Syria 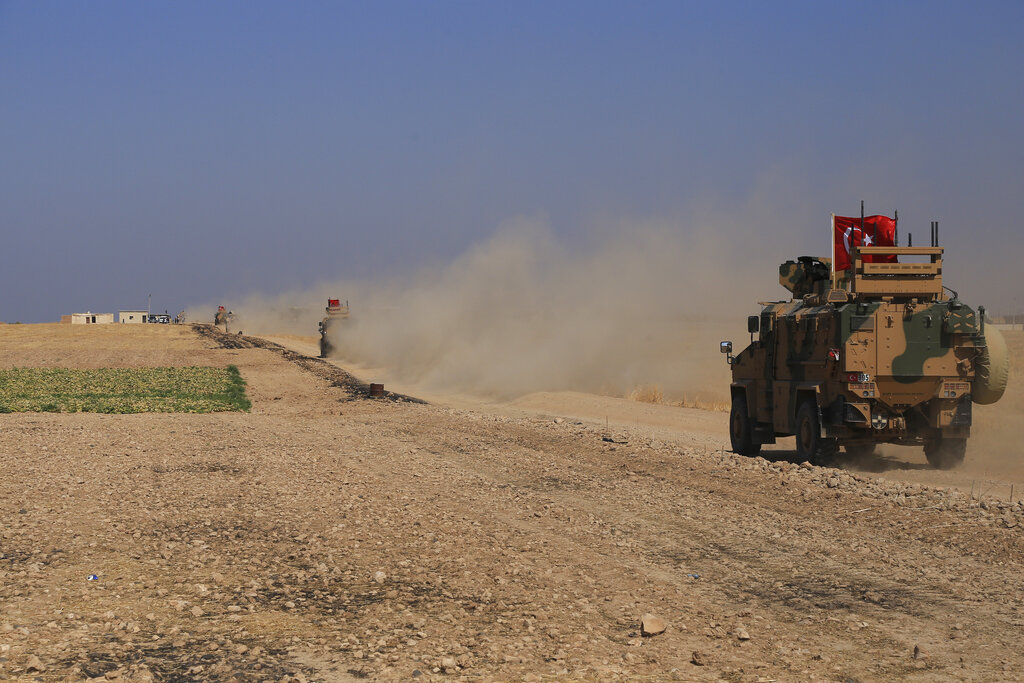 A Turkish armored vehicles patrol as they conduct a joint ground patrol with American forces in the so-called "safe zone" on the Syrian side of the border with Turkey, near the town of Tal Abyad, northeastern Syria, Friday, October 4, 2019
AP
AP   |   Beirut   |   Published 07.10.19, 07:57 AM

This comes hours after the White House said US forces in northeastern Syria will move aside and clear the way for an expected Turkish assault — essentially abandoning Kurdish fighters who fought alongside American forces in the yearslong battle to defeat the Islamic State group.

Turkish President Recep Tayyip Erdogan has threatened for months to launch the military operation across the border. He views the Kurdish forces as a threat to his country. Republicans and Democrats have warned that allowing the Turkish attack could lead to a massacre of the Kurds and send a troubling message to American allies across the globe.

US troops 'will not support or be involved in the operation' and 'will no longer be in the immediate area,' in northern Syria, White House press secretary Stephanie Grisham said in an unusual late-Sunday statement that was silent on the fate of the Kurds. There are about 1,000 US troops in northern Syria, and a senior US official said they will pull back from the area — and potentially depart the country entirely should widespread fighting break out between Turkish and Kurdish forces.

The announcement followed a call between President Donald Trump and Erdogan, the White House said.

The Syrian Democratic Forces say the move comes as Turkey is preparing to attack Kurdish-held areas in northeast Syria.

The statement warns the Turkish invasion would be a blow to the fight against IS militants.

The Kurdish Hawar news agency and the Britain-based Syrian Observatory for Human Rights also say American troops were evacuating positions near the towns of Ras al-Ayn and Tal Abyad on Monday.