Ukraine crisis: US envoys in Kyiv

Trip a temporary visit and not a signal of embassy reopening 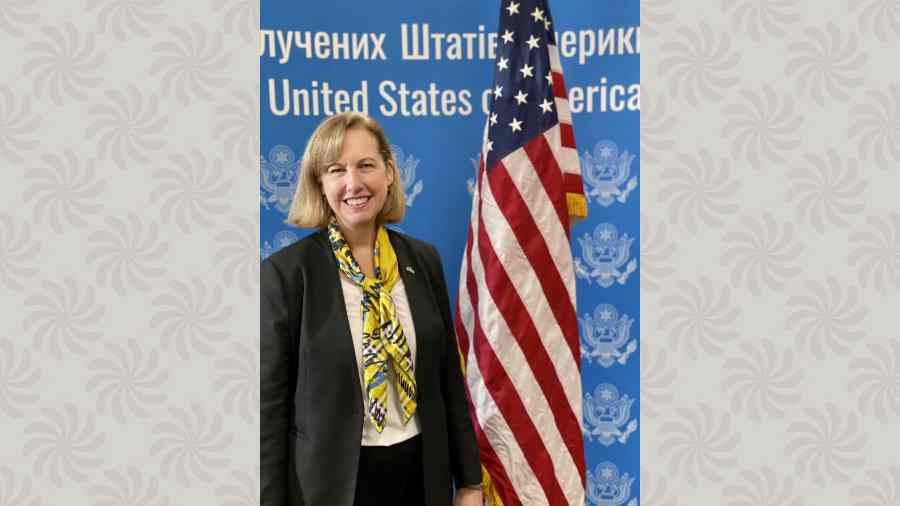 The US top diplomat to Ukraine, Kristina Kvien, and her team arrived in Kyiv on Sunday, officials said, after secretary of state Antony Blinken promised on a visit last month to reopen the US embassy in the Ukrainian capital soon.

The move is the latest step toward the resumption of a full US presence in Kyiv after diplomats began returning to the western city of Lviv last month. The trip, timed to commemorate Victory in Europe Day on Sunday, was a temporary visit and does not signal the reopening of the embassy, a senior state department official said.

Show of support by US First Lady

US First Lady Jill Biden travelled to western Ukraine in an unannounced trip on Sunday, the latest show of support from the US. She met Zelenska in Uzhhorod, a town of 100,000 people a few miles from the border with Slovakia. The town’s population has doubled in recent weeks with the arrival of people fleeing fighting elsewhere in the country.

Zelenska has not been seen in public since Russia’s invasion began on February 24.

The two women briefly addressed reporters, with Zelenska thanking Biden for her “courageous” visit. “We understand what it takes for the US First Lady to come here during a war, where the military actions are taking place every day, where the air sirens are happening every day, even today,” she said.

Biden made her trip on a day rescuers searched for survivors from a Russian airstrike on a school in the east that officials feared had left dozens dead.