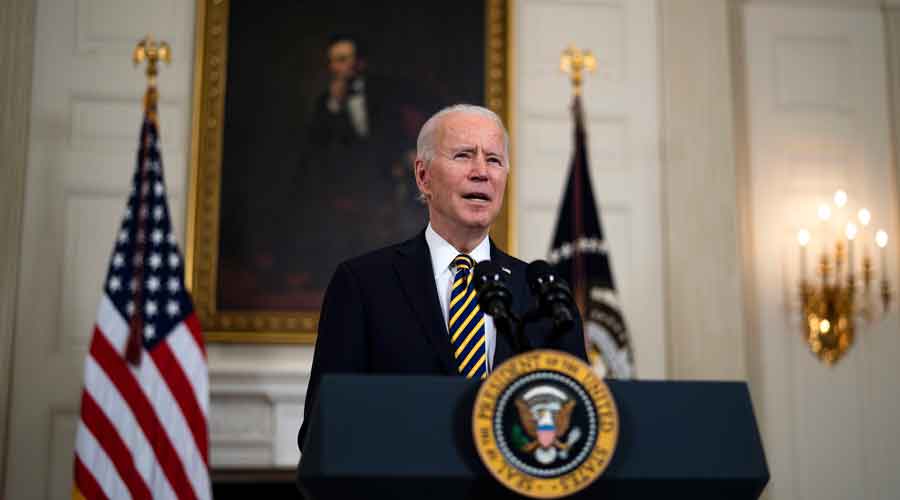 President Joe Biden talks during an executive order signing ceremony at the White House in Washington on Wednesday
NYTNS
Reuters   |   Baghdad   |   Published 27.02.21, 12:01 AM

US airstrikes against Iran-backed militias in eastern Syria killed at least one fighter and wounded several others in what US officials said was a calibrated response to rocket attacks against American personnel in Iraq.

The attacks, which took place early on Friday West Asian time, were deliberately limited in scope and designed to show that President Joe Biden’s administration will act tough but wants to avoid a major regional escalation, US officials said.

Washington and Tehran are seeking maximum leverage in attempts to return to the Iran nuclear deal secured in 2015 but abandoned by former President Donald Trump in 2018, after which regional tensions soared and fears of full-scale conflict grew.

The US strikes targeted militia sites on the Syrian side of the Iraqi-Syrian border, where groups backed by Iran control an important crossing for weapons, personnel and goods. Western officials and some Iraqi officials accuse Iran-backed groups of involvement in deadly rocket attacks against US sites and personnel in Iraq in the last month.