Advertisement
Home / World / US peace talks With Taliban trip over a big question: What is terrorism?

US peace talks With Taliban trip over a big question: What is terrorism?

Both sides have remained tight-lipped about the latest round of talks, saying only that negotiations were continuing 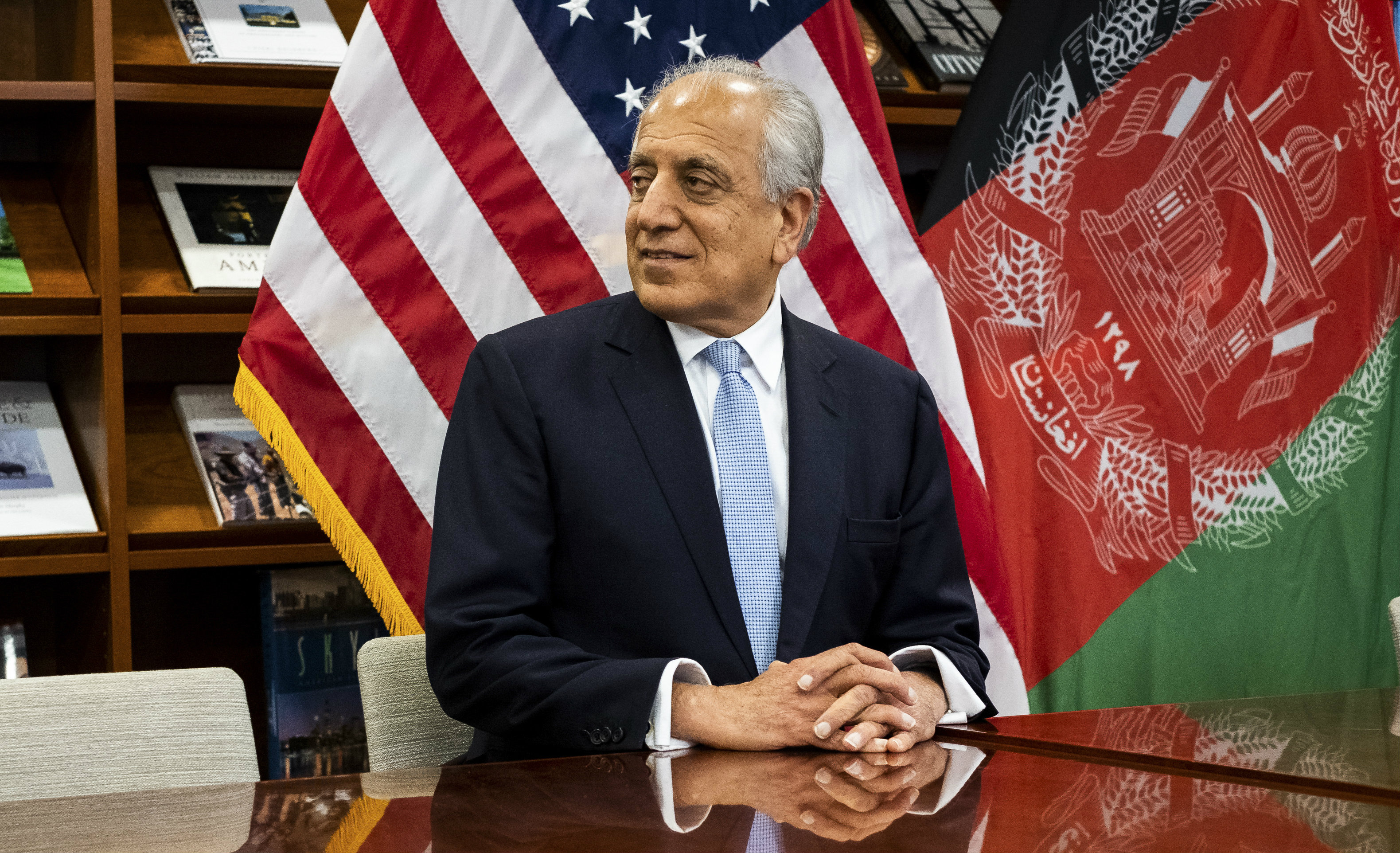 Nearly 11 days after peace negotiations between the United States and the Taliban began with high hopes, it has become clear that any resolution to the 18-year war could be frustratingly slow.

One of the most prominent issues thwarting progress is a disagreement over a fundamental question: What is terrorism, and who is a terrorist?

The answer is so important because the two sides had already agreed in principle on a framework for two crucial issues: the withdrawal of US troops, and a commitment that Afghan soil would not again be used to launch terrorist attacks against the United States and its allies, as al Qaida did with its strikes on September 11, 2001. That attack led the Americans to invade Afghanistan in an effort to hunt down al-Qaida’s mastermind, Osama bin Laden.

The Taliban have said they would not allow Afghanistan to be used as a launching pad for international attacks. US negotiators have insisted on specifying that Afghanistan not be used by “terrorist” groups, but the Taliban have resisted, saying there was no universal definition of terrorism.

The Taliban dragging their feet on one term might seem to be killing time, but officials, including current and former Taliban members, said it was a sensitive and existential issue for the group. It strikes at the core of the ideological narrative around their 18-year fight. If Taliban leaders were seen as conceding on the issue, it could divide their fighters.

Both sides have remained tight-lipped about the latest round of talks, saying only that negotiations were continuing.

But interviews with current and former officials on all sides, who spoke privately because of the sensitive nature of the negotiations, said the talks have nearly collapsed on several occasions, with deep, and at times emotional, disagreements.

A senior US official close to the talks said that while a significant outcome at the end of this long round was still possible, just the two sides engaging in a forthright and substantive discussion on difficult details had already moved the process forward.

The Taliban, seizing on momentum on the battlefield, are clearly seeking to negotiate from a position of confidence against Americans facing a ticking clock, with President Donald Trump’s desire to withdraw obvious to all — including the Taliban.

The two sides began the latest round expecting disagreements over the timeline of a US troop withdrawal, as well as the Taliban’s stubborn refusal to include the Afghan government in talks about the country’s political future.

While the Americans have pushed for a gradual withdrawal over three years or longer, Taliban officials have said they want a withdrawal in less than a year, perhaps as soon as six months. The withdrawal would likely be tied to a cease-fire that would be rolled out gradually, with violence ceasing in an area as the pullout begins.

But the issue that has proved particularly nettlesome has been the US demand for guarantees that Afghanistan would not be used as a place to plan attacks against the United States.

While the Taliban condemned the 2001 attacks on the United States, its regime did not give in to the US ultimatums to surrender bin Laden. Instead the Taliban asked for evidence to be presented at an international court that the attacks were planned in Afghanistan. When the United States resorted to military action, the Taliban promised to resist it as aggression.

As frustrations over the definition of terrorism grew in the talks, Secretary of State Mike Pompeo, who is briefed regularly by his negotiators, made clear he considers the Taliban themselves terrorists.

“I have a team on the ground right now trying to negotiate with the Taliban terrorists in Afghanistan, trying to find a way to achieve an Afghanistan that’s not at war,” he said.

Raising expectations around the latest talks was the presence for the first time of the Taliban deputy leader, Mullah Abdul Ghani Baradar. His involvement spurred hopes that the Taliban negotiating team could swiftly make decisions, rather than checking frequently with their leaders in Pakistan.

But Baradar has rarely been present in direct negotiations between large groups. Officials say his health seems sapped by nearly a decade of detention in Pakistan, and he is being cared for by his young son.

Baradar’s presence has, however, provided an important layer of troubleshooting. Every time there has been threat of a breakdown, US chief negotiator Zalmay Khalilzad would get together with him to figure out how to cool off and resume talks.

Much of the struggle at the negotiations has involved chipping away at an environment of mistrust. The Taliban think Americans may be using the talks to undermine their momentum on the battlefield, where they control or contest more territory than at any time since their fall in 2001.

The Americans, and their Afghan allies on the sidelines, fear the Taliban are slowing negotiations to run down the clock, with Trump already signaling he wants out of the war anyway.

For the Taliban, an agreement on the withdrawal of US troops would guarantee something of a victory in their military struggle: After 18 years of fighting, they would have forced US troops to leave. They see their strength in the military fight, but less so in politics and governing — as demonstrated by their struggle to run the country before the U.S. invasion.

The discussions over the political future of Afghanistan could be messy. Taliban officials said that if they engage in that discussion before they have finalized the timeline for a US military withdrawal, it could affect their fighters. An insurgent army is harder to remobilise once dispersed.

The shifting sands of Afghanistan