Ahead of the midterms, the wide-ranging bill is a major triumph for President Joe Biden's legislative agenda 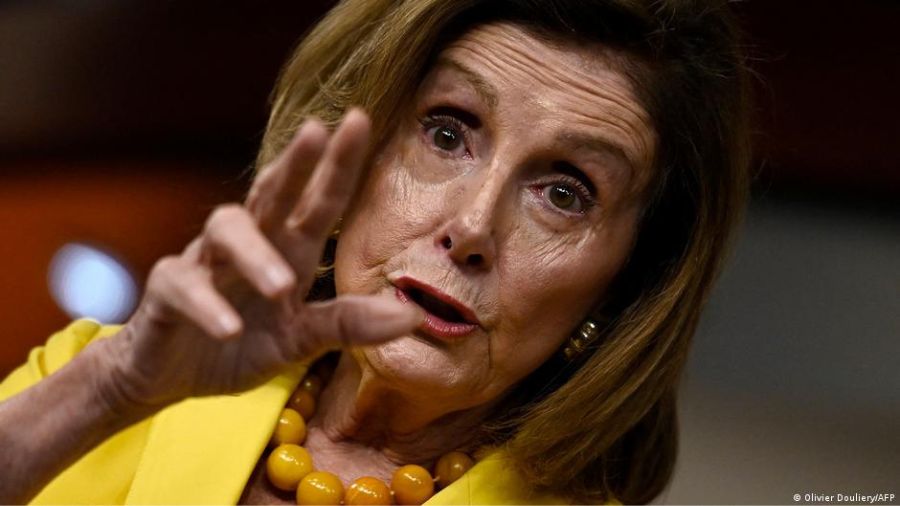 The bill, which involves major spending on climate action and healthcare, is a triumph for President Joe Biden's legislative agenda.

The US House on Friday passed a major anti-inflation bill backed by President Joe Biden.

The $430 billion (€419 billion) bill also includes sweeping climate, tax and health care measures, and is being called the biggest-ever American investment to combat global warming. The idea is to address inflation by lowing energy and health care costs for households.

House Speaker Nancy Pelosi, in her final comments before the vote, called the legislation "a robust cost-cutting package that meets the moment, ensuring that our families thrive and that our planet survives."

It will now head to Biden's desk for signing, as it was also passed by the Senate.

The president will also travel the country to tout the legislation, as rising inflation weighs on the Democrats' midterm election prospects. Republicans say the bill is government overreach and will fuel inflation further.

The bill, which aims to reduce US carbon emissions to 40% of 2005 levels by 2030, marks the first time Congress has legislated large-scale climate action.

Instead of punishing polluters, it will offer incentives to steer the economy away from fossil fuels.

This includes through offering tax credits to producers and consumers of solar, wind and nuclear power.

It will also allocate $60 billion to fund clean energy manufacturing projects, and a similar sum for green investment in underprivileged communities.

It will also provide a $7,500 federal tax credit for people to buy electric cars.

The other component of the anti-inflation bill aims to make health care and medicine more affordable for American households.

Central to the policy is retaining the health insurance subsidies that were introduced earlier on during the pandemic. The assistance, which helps 13 million Americans, was set to expire this year.

The bill would allow the government's Medicare program to negotiate some prescription drug prices with pharmaceutical companies, which is expected to save around $288 billion over 10 years.