Documents reveal long-secret set of preparations by Gen. William C. Westmoreland, to have nuclear weapons at hand should American forces find themselves on the brink of defeat at Khe Sanh 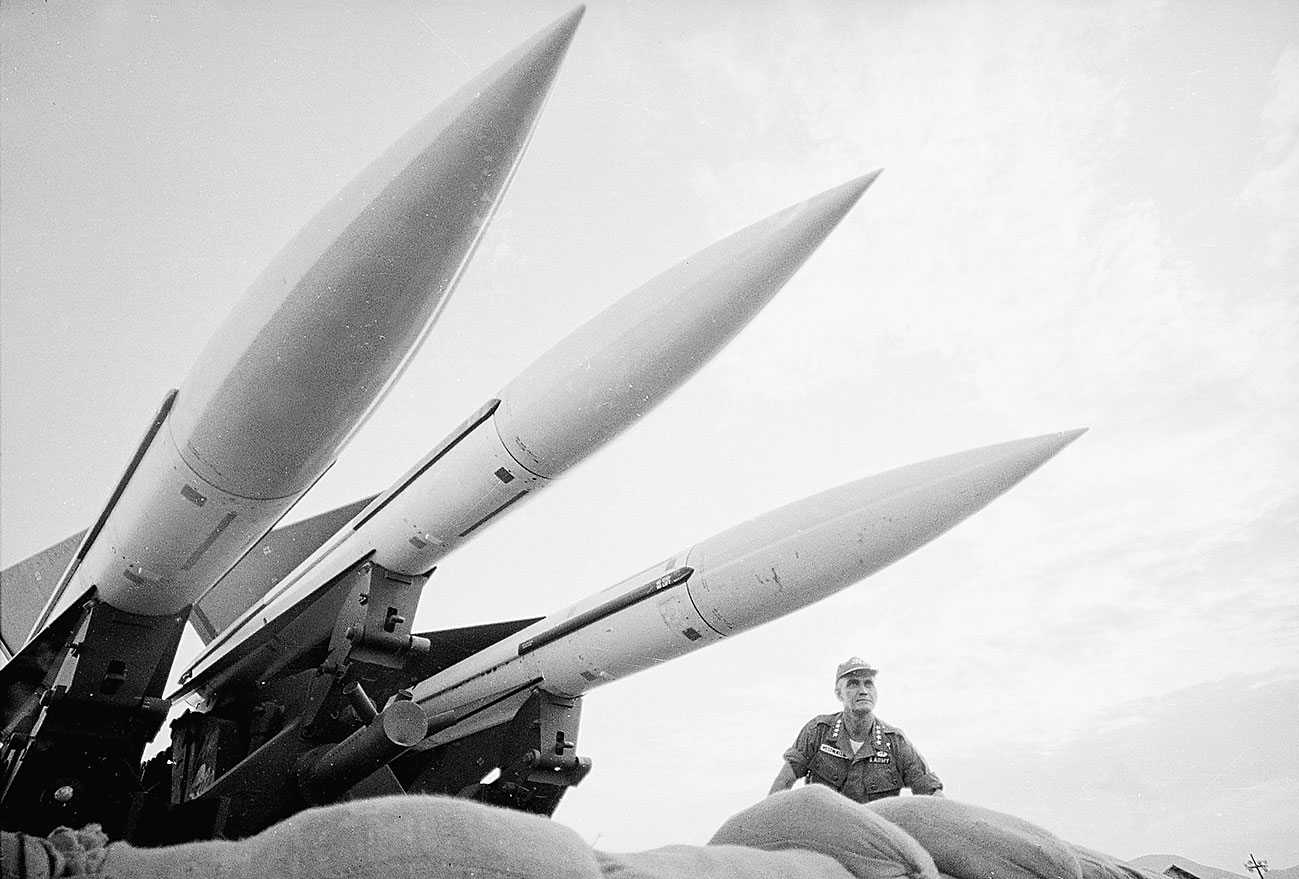 In one of the darkest moments of the Vietnam War, the top American military commander in Saigon activated a plan in 1968 to move nuclear weapons to South Vietnam until he was overruled by President Lyndon B. Johnson, according to recently declassified documents cited in a new history of wartime presidential decisions.

The documents reveal a long-secret set of preparations by the commander, Gen. William C. Westmoreland, to have nuclear weapons at hand should American forces find themselves on the brink of defeat at Khe Sanh, one of the fiercest battles of the war.

With the approval of the American commander in the Pacific, Gen. Westmoreland had put together a secret operation, code-named Fracture Jaw, that included moving nuclear weapons into South Vietnam so that they could be used on short notice against North Vietnamese troops.

The President rejected the plan, and ordered a turnaround, according to Tom Johnson, then a young special assistant to the President and note-taker at the meetings on the issue, which were held in the family dining room on the second floor of the White House.

“When he learned that the planning had been set in motion, he was extraordinarily upset and forcefully sent word through Rostow, and I think directly to Westmoreland, to shut it down,” Johnson said in an interview.

He said the President’s fear was “a wider war” in which the Chinese would enter the fray, as they had in Korea in 1950.

“Johnson never fully trusted his generals,” said Johnson, who is of no relation to the president. “He had great admiration for Gen. Westmoreland, but he didn’t want his generals to run the war.” Had the weapons been used, it would have added to the horrors of what was one of the most tumultuous and violent years in modern American history.

Johnson announced weeks later that he would not run for re-election. The Rev. Dr Martin Luther King Jr. and Robert F. Kennedy were assassinated shortly thereafter.

The story of how close the US came to reaching for nuclear weapons in Vietnam, 23 years after the atomic bombings of Hiroshima and Nagasaki forced Japan to surrender, is contained in Presidents of War, a coming book by Michael Beschloss, the presidential historian.

“Johnson certainly made serious mistakes in waging the Vietnam War,” said Beschloss, who found the documents during his research for the book. “But we have to thank him for making sure that there was no chance in early 1968 of that tragic conflict going nuclear.”

The new documents — some of which were quietly declassified two years ago — suggest it was moving in that direction.

With the Khe Sanh battle on the horizon, Johnson pressed his commanders to make sure the US did not suffer an embarrassing defeat — one that would have proved to be a political disaster and a personal humiliation.

The North Vietnamese forces were using everything they had against two regiments of US Marines and a comparatively small number of South Vietnamese troops.

While publicly expressing confidence in the outcome of the battle at Khe Sanh, Gen. Westmoreland was also privately organising a group to meet in Okinawa to plan how to move nuclear weapons into the South — and how they might be used against the North Vietnamese forces.

“Oplan Fracture Jaw has been approved by me,” Gen. Westmoreland wrote to Adm. Ulysses S. Grant Sharp Jr, the American commander in the Pacific, on February 10, 1968. (The admiral was named for the Civil War general and president, who was married to an ancestor.)

The plan did not last long.

That same day, Rostow sent an “eyes only” memorandum to the president, his second in a week warning of the impending plan.

Two days later, Admiral Sharp sent an order to “discontinue all planning for Fracture Jaw” and to place all the planning material, “including messages and correspondence relating thereto, under positive security”. The incident has echoes for modern times. It was only 14 months ago that President Trump was threatening the use of nuclear weapons against North Korea — which, unlike North Vietnam at the time, possesses its own small nuclear arsenal.

There have been other moments when Presidents had to consider, or bluff about, using atomic weapons. The most famous was the Cuban missile crisis in 1962, the closest that the US and the Soviet Union came to nuclear conflict.

And before he was dismissed in 1951 by President Harry S. Truman, Gen. Douglas MacArthur explored with his superiors the use of nuclear weapons in the Korean War. Truman had feared that MacArthur’s aggressive strategy would set off a larger war with China, but at one point did move atomic warheads to bases in the Pacific, though not to Korea itself.

But the case of Khe Sanh was different, the documents show. “In Korea, MacArthur did not make a direct appeal to move nuclear weapons into the theatre almost immediately,” when it appeared that South Korea might fall to the North’s invasion in 1950, Beschloss said. “But in Vietnam, Westmoreland was pressuring the President to do exactly that.”