With this victory, comes a hope from global leaders to work together with America 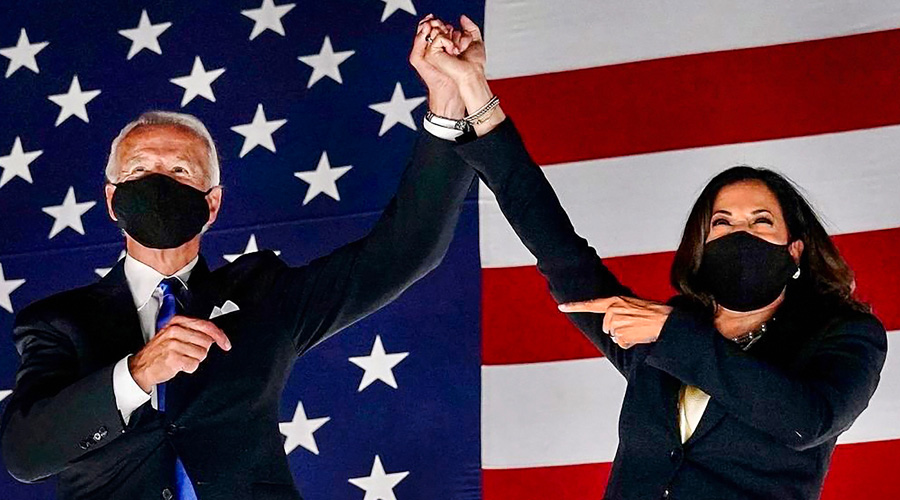 Underlining the "shared" values and priorities - from climate change to trade and security - leaders across the globe cheered the victory of US President-elect Joe Biden and Vice President-elect Kamala Harris as they look forward to work together with America to combat the world's greatest challenges.

In his congratulatory message, Canadian Prime Minister Justin Trudeau underlined his country's close ties with the US.

"Canada and the United States enjoy an extraordinary relationship - one that is unique on the world stage. Our shared geography, common interests, deep personal connections, and strong economic ties make us close friends, partners, and allies," he said in a statement.

"We will further build on this foundation as we continue to keep our people safe and healthy from the impacts of the global COVID-19 pandemic, and work to advance peace and inclusion, economic prosperity, and climate action around the world," Trudeau said, adding that he look forward to work Biden-Harris administration as the two neighbors "tackle the world's greatest challenges together.

UK Prime Minister Boris Johnson congratulated Biden and wished Harris on her "historic achievement" as he emphasized on the US being the most important ally of the UK.

"The US is our most important ally and I look forward to working closely together on our shared priorities, from climate change to trade and security, he tweeted.

"This is a profound time, not just for the United States, but our partnership and the world broadly," he told reporters in Canberra.

South Korean President Moon Jae-in said his country's alliance with the US is strong and the bond between the two nations is "rock-solid".

"I very much look forward to working with you for our shared values," Moon tweeted, congratulating Biden and Harris.

French President Emmanuel Macron tweeted, "We have a lot to do to overcome today's challenges. Let's work together!"

Japanese Prime Minister Yoshihide Suga said he looks forward to working with the Biden-Harris administration "to further strengthen the Japan-US alliance and ensure peace, freedom and prosperity in the Indo-Pacific region and beyond".

Ireland Prime Minister Micheal Martin said Biden has been a "true friend" of the nation throughout his life.

Biden's ancestral hometown is in Ireland. His great-great-great-grandfather left the Irish town of Ballina almost 200 years ago.

Wishing Biden, Israeli Prime Minister Benjamin Netanyahu tweeted, "Joe, we've had a long & warm personal relationship for nearly 40 years, and I know you as a great friend of Israel. I look forward to working with both of you to further strengthen the special alliance between the U.S. and Israel."

Netanyahu, at the same time, also thanked US President Donald Trump "for the friendship you have shown the state of Israel and me personally, for recognizing Jerusalem and the Golan, for standing up to Iran, for the historic peace accords and for bringing the American-Israeli alliance to unprecedented heights".

There was no immediate reaction from Russian President Vladimir Putin and his Chinese counterpart Xi Jinping.