Republicans edge away from Donald Trump

The shift, less than three weeks before the election, indicates that many in the ruling party have concluded that the President is heading for a loss in November 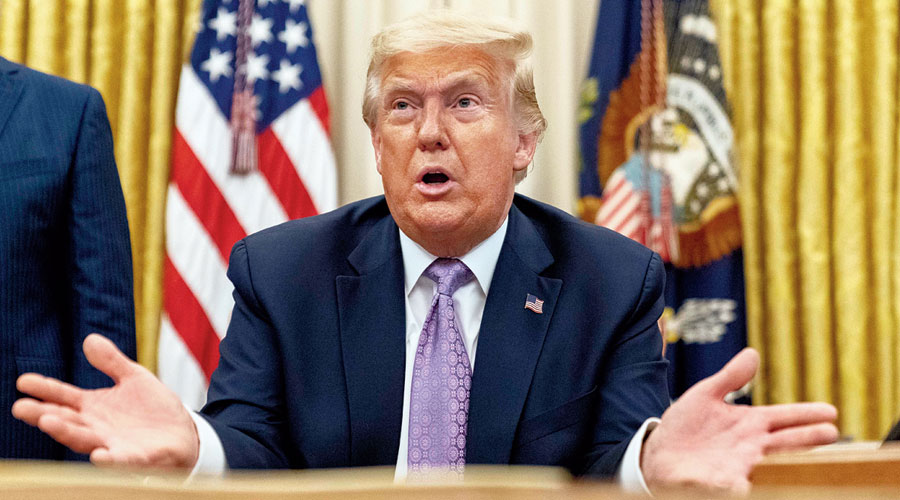 For nearly four years, congressional Republicans have ducked and dodged an unending cascade of offensive statements and norm-shattering behaviour from President Trump, ignoring his caustic and scattershot Twitter feed and penchant for flouting party orthodoxy, and standing quietly by as he abandoned military allies, attacked American institutions and stirred up racist and nativist fears.

But now, facing grim polling numbers and a flood of Democratic money and enthusiasm that has imperiled their majority in the Senate, Republicans on Capitol Hill are beginning to publicly distance themselves from the President. The shift, less than three weeks before the election, indicates that many Republicans have concluded that Trump is heading for a loss in November. And they are grasping to save themselves and rushing to re-establish their reputations for a coming struggle for their party’s identity.

Senator Ben Sasse of Nebraska unleashed on Trump in a telephone town hall event with constituents on Wednesday, eviscerating the President’s response to the coronavirus pandemic and accusing him of “flirting” with dictators and white supremacists and alienating voters so broadly that he might cause a “Republican blood bath” in the Senate.

He was echoing a phrase from Senator Ted Cruz of Texas, who warned of a “Republican blood bath of Watergate proportions”. Senator Lindsey Graham of South Carolina, one of the President’s most vocal allies, predicted the president could very well lose the White House.

Even the normally taciturn Senator Mitch McConnell, Republican of Kentucky and the majority leader, has been more outspoken than usual in recent days about his differences with the President, rejecting his calls to “go big” on a stimulus bill.

That was a reflection of the fact that Senate Republicans — who have rarely broken with the President on any major legislative initiative in four years — are unwilling to vote for the kind of multitrillion-dollar federal aid plan that Trump has suddenly decided would be in his interest to embrace.

“Voters are set to drive the ultimate wedge between Senate Republicans and Trump,” said Alex Conant, a former aide to Senator Marco Rubio and a former White House spokesman. “It’s a lot easier to get along when you’re winning elections and gaining power. But when you’re on the precipice of what could be a historic loss, there is less eagerness to just get along.”

Republicans could very well hang onto both the White House and the Senate, and  Trump still has a firm grip on the party base, which may be why even some of those known for being most critical of him, like Sasse and Senator Mitt Romney of Utah, declined to be interviewed about their concerns.

But their recent behaviour has offered an answer to the long-pondered question of if there would ever be a point when Republicans might repudiate a President who so frequently said and did things that undermined their principles and message. The answer appears to be the moment they feared he would threaten their political survival.

If some Senate Republicans have written off Trump’s chances of victory, the feeling may be mutual.

On Friday, the President issued his latest Twitter attack on Senator Susan Collins of Maine, one of the most endangered Republican incumbents, apparently unconcerned that he might be further imperiling her chances, along with the party’s hopes of holding on to the Senate.

In a statement on Friday,  Romney assailed the President for being unwilling to condemn QAnon, the viral pro-Trump conspiracy movement that the FBI has labelled a domestic terrorism threat, saying the President was “eagerly trading” principles “for the hope of electoral victories.”

It was his second scathing statement this week criticising Trump, although Romney coupled both screeds with critiques of Democrats, saying the two parties shared blame.