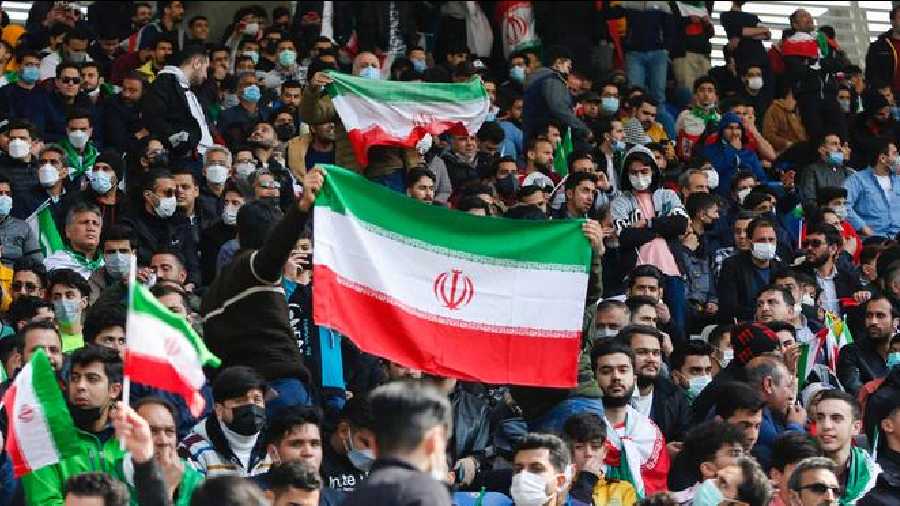 The United States announced on Wednesday it will seek to oust Iran from the UN's premiere global body fighting for gender equality because of its violation of the rights of women and girls and its ongoing crackdown on demonstrators who took to the streets in September after the death of a 22-year-old woman taken into custody by the morality police.

Vice-President Kamala Harris made the announcement of the US intention to work with other countries to remove Iran from the Commission on the Status of Women, saying no nation that abuses women's rights "should play a role in any international or United Nations body charged with protecting these very same rights."

She said Iran is "unfit" to serve on the commission and its presence "discredits the integrity" of its work.

At an informal meeting of the UN Security Council later on Wednesday on the protests in Iran, US Ambassador Linda Thomas-Greenfield added that Iran's membership "is an ugly stain on the commission's credibility" and "in our view it cannot stand."

Established in 1946, the Commission on the Status of Women plays a leading role in promoting women's rights, documenting the reality of women's lives around the world and shaping global standards to empower women and achieve gender equality.

It's 45 members, from all regions of the world, are elected for four-year terms by the UN Economic and Social Council. Iran was elected from the Asian region and its term ends in 2026.

Thomas-Greenfield said that "while Iran's systematic oppression of women is not new, thanks to the bravery of the Iranian people, the regime's abuses have been brought to the fore."

The nationwide protests first erupted over the September 16 death of 22-year-old Mahsa Amini in the custody of the country's morality police. She was detained for allegedly violating Iran's strict dress code for women, accused of wearing her headscarf improperly.

Although the protests first focused on Iran's mandatory headscarf, or hijab, they have since transformed into a campaign for women's rights and one of the greatest challenges to the ruling clerics since the chaotic years following the 1979 Islamic Revolution.

Before the Security Council meeting, Iran's UN Ambassador Amir Saied Iravani read a statement accusing the United States of "a disinformation campaign in a blatant hypocrisy," and of interfering in the country's internal affairs in violation of the UN Charter.

He claimed that Iran "has always been and continues to be committed to the promotion and protection of human rights." He added that "Every government is responsible to protect its people against insecurity and violent and terrorist acts, and upholding law and order, and Iran is no exception." He refused to answer any questions.

At the informal council meeting, Prof. Javaid Rehman, the UN special investigator on human rights in Iran, called the situation since September 16 an unfortunate reflection of the impunity and absence of accountability for rights violations in the country.

"Women and girls in Iran have for decades been brutalised," he said.

Rehman called for "the prompt establishment of an independent investigative mechanism to investigate all human rights violations leading up to and since the death of Mahsa Amini."

Iranian human rights defender and Shirin Ebadi, who won the 2003 Nobel peace prize, said the two journalists who took a photo of Mahsa Amini in the hospital and published a report on her funeral in some Iranian newspapers are now in prison facing espionage charges, which carry the death penalty.

"I am talking about a country whose government deems no punishment for murder but considers journalism a punishable crime," she said.

Ebadi said in a video briefing that the people of Iran are asking Western governments, especially the United States, to refrain from signing any agreements that will help the survival of the Iranian regime.

Iranian human rights activist Nazanin Boniadi told the Security Council that "the potential for the current protests to transform Iran from theocracy to representative government could be a geopolitical game changer, and the most important key to bringing about stability in the Middle East."

She said the Iranian people want the world "to stop turning a blind eye to their suffering" and commit to supporting their democratic aspirations by standing united in fighting corruption and respect for human rights.

Boniadi also called for an independent international investigative mechanism on human rights abuses in Iran "because there are no avenues for justice domestically."