US and Russia to hold defence talks on January 10 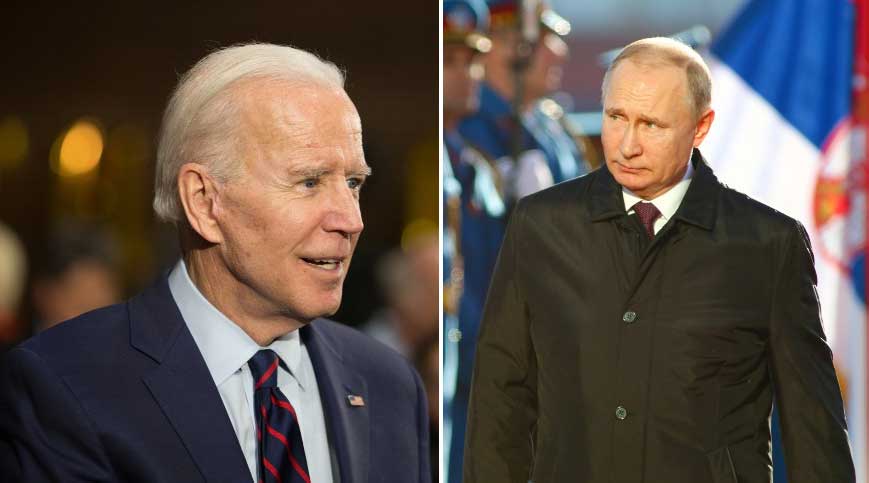 US and Russian officials will hold security talks on January 10 to discuss concerns about their respective military activity and confront rising tensions over Ukraine, the two countries said.

A spokesperson for the Biden administration announced the date late on Monday, and said Russia and Nato were also likely to hold talks on January 12, with a broader meeting including Moscow, Washington and other European countries set for January 13.

Russian deputy foreign minister Sergei Ryabkov confirmed those dates on Tuesday and said he hoped the talks with the US in Geneva would launch a process that would give Moscow new security guarantees from the West.

Such guarantees are a longstanding demand of Moscow, which alarmed the West by massing tens of thousands of troops near Ukraine in the past two months.

The January 12 Nato meeting would be held in Brussels, Ryabkov said, while the January 13 talks would involve the Vienna-based Organisation for Security and Cooperation in Europe, which includes the United States and its Nato allies, as well as Russia, Ukraine and other ex-Soviet states.

Russia’s deployment of troops near Ukraine has raised fears in the West that Moscow, which seized Ukraine’s Crimea peninsula in 2014 and has since backed separatists fighting in eastern Ukraine, may be poised for a new attack.

Russia has denied plans for an assault but says it could take unspecified military action if its security demands are not met.

Moscow, worried by what it says is the West’s re-arming of Ukraine, has said it wants legally-binding guarantees Nato will not expand further eastwards, and that certain offensive weapons will not be deployed to Ukraine or other neighbouring countries.

The US administration has promised economic sanctions if Russia attacks Ukraine. It says it cannot promise a sovereign state such as Ukraine would never join Nato.

The spokesperson said no decisions would be made about Ukraine without Ukraine.

US President Joe Biden on Monday signed into law a massive spending bill that, among other things, will provide $300 million for an initiative supporting Ukraine’s armed forces, and billions more for European defence broadly.

Russia annexed Ukraine’s Crimea region in 2014 and backed a pro-Russian separatist uprising in the east of the country that resulted in Kyiv losing control of a swath of territory in a conflict it says killed 15,000 people.