All coins bearing the effigy of Queen, will continue to also remain in circulation as legal tender in parallel 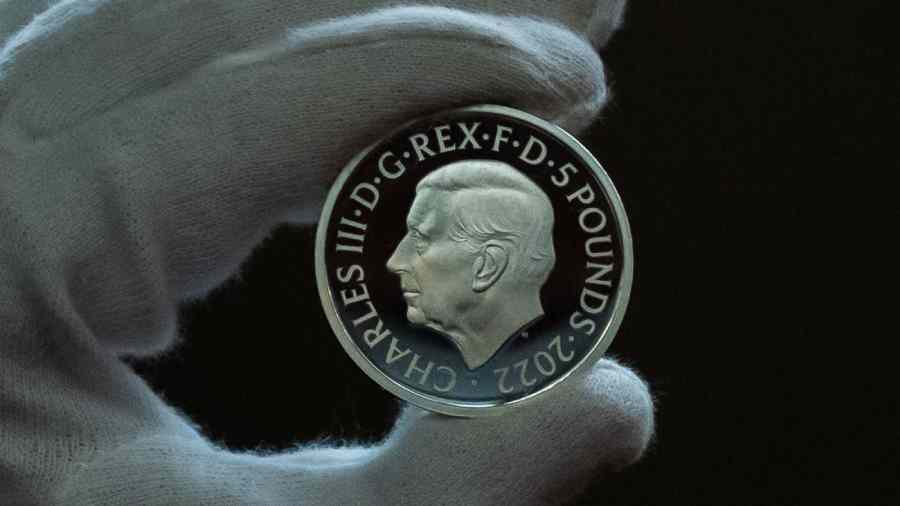 New coins featuring the new British monarch, King Charles III, are expected to enter general circulation in the coming months as the portrait design was unveiled on Friday.

The UK's Royal Mint revealed the new design with Charles' head facing in the opposite direction to that of his late mother, Queen Elizabeth II, as is royal tradition, along with a set of commemorative coins in memory of the late monarch. All coins bearing the effigy of the Queen, who died aged 96 earlier this month, will continue to also remain in circulation as legal tender in parallel.

"It is a privilege to sculpt the first official effigy of His Majesty and to receive his personal approval for the design, said Martin Jennings," Designer of the King's coin portrait.

The portrait was sculpted from a photograph of the King, and was inspired by the iconic effigies that have graced Britain's coins over the centuries. It is the smallest work I have created, but it is humbling to know it will be seen and held by people around the world for centuries to come, he said.

The first coins to bear the King's portrait are a special GBP 5 coin and 50 pence commemorating the life and legacy of Her Late Majesty Queen Elizabeth II. The Latin inscription surrounding the effigy translates as King Charles III, by the Grace of God, Defender of the Faith . The effigy will start to appear on circulating and commemorative coins produced by the Royal Mint over the coming months.

The Royal Mint has been trusted to make coins bearing the monarch's effigy for over 1,100 years and we are proud to continue this tradition into the reign of King Charles III, said Anne Jessopp, Chief Executive Officer of the Royal Mint.

Although technology has progressed, we continue to honour British craftsmanship passed down through the centuries. Our team of skilled modellers, tool makers and engravers will ensure that the King's effigy will be faithfully replicated onto millions of coins, she said.

The CEO said the Queen had ruled with heart and devotion for 70 years and the memorial collection commemorates her legacy as Britain's longest serving monarch.

To ensure everyone can hold a piece of history in their hand, the 50p will also enter circulation in the UK, she added.

The special memorial Queen coin range will be released on Monday, with the reverse of the commemorative GBP 5 featuring two new portraits of Queen Elizabeth II. The design was created by artist John Bergdahl in collaboration with the Royal Mint.

It will form part of a wider memorial coin collection, which will include a 50-pence released into general circulation in the UK. The reverse of the 50p features a design that originally appeared on the 1953 Coronation Crown.

It was struck to commemorate Queen Elizabeth II's coronation at Westminster Abbey, and includes the four quarters of the Royal Arms depicted within a shield. In between each shield is an emblem of all parts of the UK: a rose, a thistle, a shamrock and a leek.

Dr Kevin Clancy, Director of the Royal Mint Museum, said: Her Late Majesty Queen Elizabeth II has graced more coins than any other British monarch in a reign that lasted for 70 years. As we move from the Elizabethan to the Carolean era it represents the biggest change to Britain's coinage in decades, and the first time that many people will have seen a different effigy.

Over the coming years it will become common for people to find coins bearing His Majesty and Queen Elizabeth II's effigy in their change, engaging new generations in the story of Britain's Royal Family.

Historically, it has been commonplace in Britain for coins featuring the effigies of different monarchs to co-circulate, which ensures a smooth transition with minimal environmental impact and cost.

There are approximately 27 billion coins currently circulating in the UK bearing the effigy of Queen Elizabeth II. These will be replaced over time as they become damaged or worn and to meet demand for additional coins.