Calling oceans the 'beating blue heart of our planet', the Seychelles President said the sea had 'a special relationship with all of us' 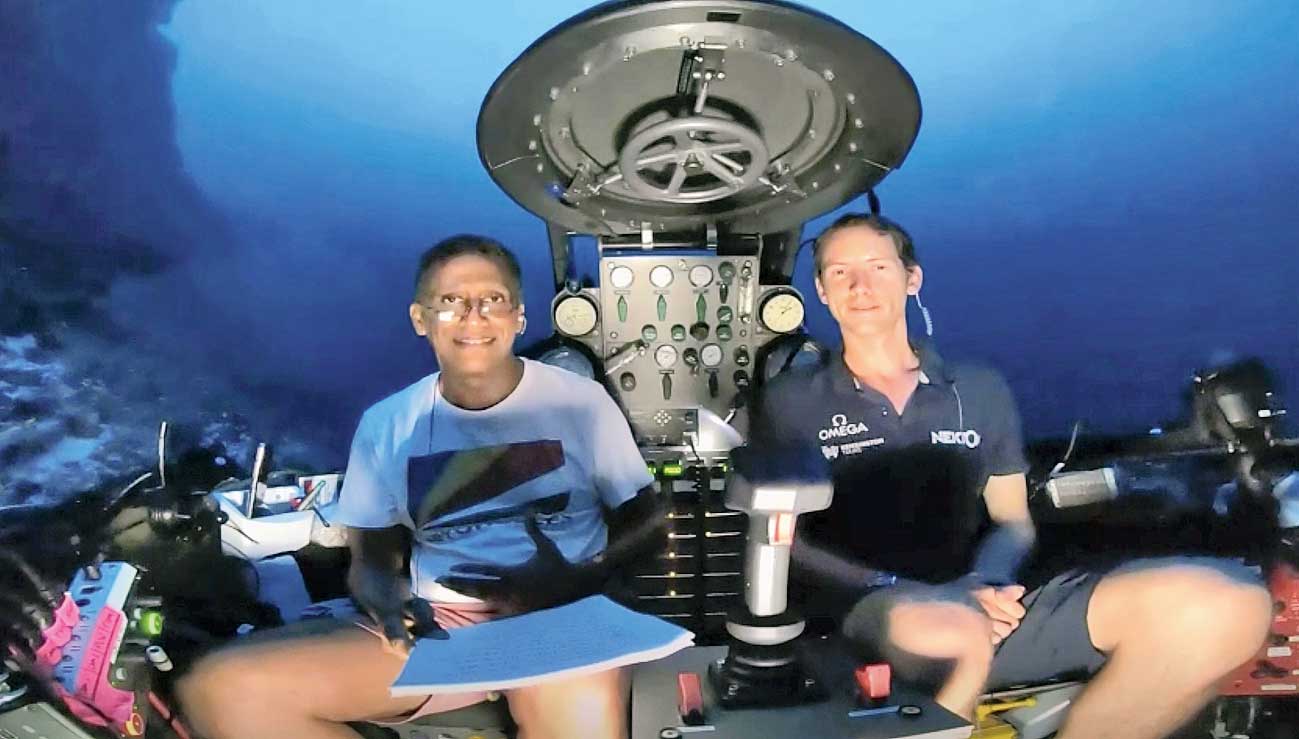 Speaking from more than 400 feet below the surface of the Indian Ocean, the President of the Seychelles made an impassioned plea on Sunday to protect the world’s seas.

Calling oceans the “beating blue heart of our planet”, the President, Danny Faure, said the sea had “a special relationship with all of us”.

Faure, dressed in salmon-colour shorts and a T-shirt with the Seychelles flag, gave his speech from a submersible craft that had dived to 406 feet off Desroches Island in the Seychelles, part of a series of scientific missions to explore and protect the Indian Ocean.

Marvelling at the underwater beauty and biodiversity of his surroundings, Faure called for more protection for the ocean’s ecosystem.

“It keeps the planet alive, it keeps us alive, and it is clear to me that it is under threat like never before,” he said.

The Seychelles, a chain of islands off eastern Africa, faces an existential threat from climate change and rising sea levels. The country, along with other small island nations, is expected to bear the brunt of global warming, including the loss of fresh water, land erosion, dying coral reefs and the increased frequency of extreme weather events.

While global powers have gathered repeatedly for summit meetings on how to reduce and mitigate carbon emissions, island nations have expressed desperation at the lack of meaningful action.

“The ocean is huge, covering almost 70 per cent of our planet, but we have managed to seriously impact this vast environment through climate change, ocean acidification, overfishing, plastic and other pollution,” Faure said, adding: “We need decisive, coordinated, international action.”

Plastic pollution has become a particular focus in the fight to keep oceans clean as large amounts of garbage are released into the world’s seas every year. Over the past months, in Italy, the Philippines and elsewhere, dead whales have washed ashore with dozens of kilograms of plastic in their stomachs.

An estimated eight million tons of plastic wind up in the sea every year, according to the World Wildlife Fund.

Oceans are major producers of oxygen — due largely to the actions of phytoplankton, tiny single-celled ocean plants — and they absorb half of all climate-warming carbon dioxide, according to the organisation. But the total amount of vertebrate sea life, including fish, has reduced by more than a third since 1970, the fund said.