Ukrainian commander in Mariupol says forces could have only hours left 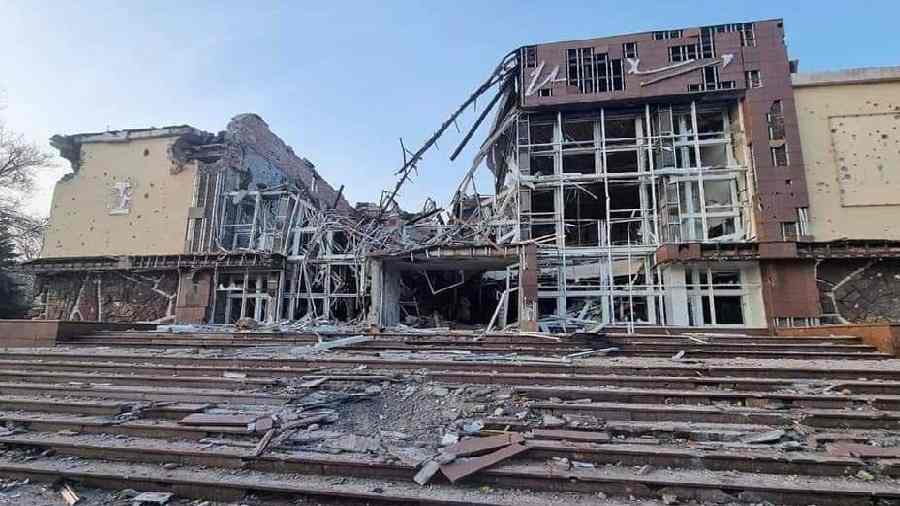 A Ukrainian marine commander said his forces and hundreds of civilians hunkered down at a sprawling steel plan in the port city of Mariupol had only days — or perhaps hours — to live.

The government in Kyiv accused Russia of using powerful bunker-busting bombs to drive the Ukrainians above ground, and on Wednesday, officials said that a makeshift hospital near the factory had been bombed overnight, leaving hundreds trapped under the rubble.

Russia said once again that Ukrainian soldiers should surrender if they did not want to be killed, but the Ukrainians vowed to fight until the “last drop of blood”. In a series of videos, phone calls and messages on social media, Ukrainian forces begged for international support to help them fight their way out or be granted safe passage under the supervision of the third party.

“We are probably facing our last days, if not hours,” Serhiy Volyna, a commander from the 36th Separate Marine Brigade, said from the besieged Azovstal steel factory. “We appeal and plead to all world leaders to help us.”

Volyna, speaking in a video message posted on Facebook, said that Ukrainian forces were outnumbered 10 to one.

While it is hard to know how many people are in the bunkers, Volyna said that 500 people there were injured and that “hundreds of civilians, including women and children” were running out of food and water.

Two soldiers at the steel plant told The New York Times that Russian forces were bombing the facility with everything they have. Their accounts — taken together with public statements released early on Wednesday by Ukrainian commanders, local politicians and others in communication with people inside bunkers — paint a portrait of despair and defiance as the battle for total control over the city culminates with the same brutality that has defined the onslaught since Russian forces surrounded the city some 50 days ago.

The city around the plant is now razed. The number of dead is unknown, but the Ukrainian government estimates that the toll is now more than 20,000. There are at least 120,000 people still living in the once-thriving industrial city.

The Ukrainian government said that had it reached an agreement with the Russians to allow women, children and the elderly to leave the city starting at 2pm on  Wednesday. However, previous pacts have fallen apart and officials cautioned that the situation could change quickly.

It was unclear if anyone sheltering in the steel factory would be allowed to escape.

The deputy mayor of Mariupol, Sergei Orlov, told the BBC on Wednesday that most of the civilians who sought safety at the steel plant did so after their homes were destroyed or because they had family members working at the complex.