‘We need not just food or water, we need our culture’ 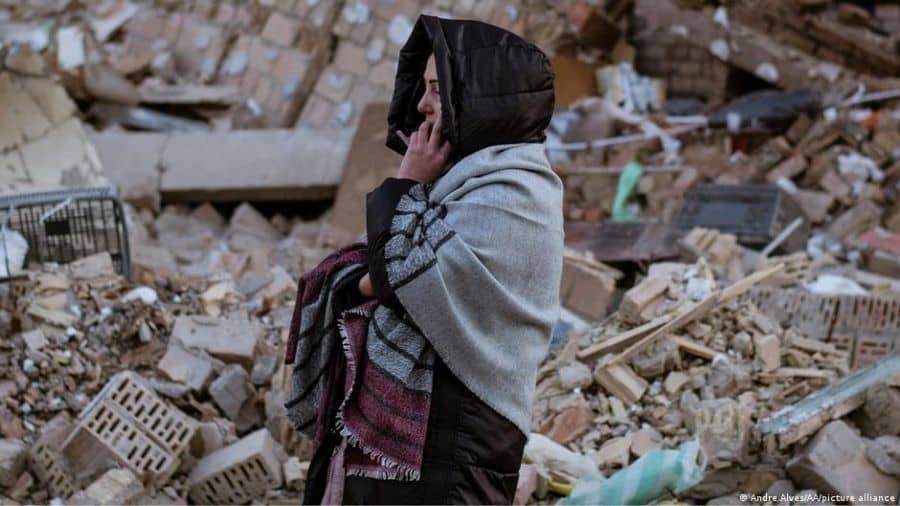 Performances in war zones capture the public’s attention in part because of their juxtapositions with scenes of destruction and despair.
File photo
Javier C. Hernández   |   Published 27.03.22, 04:07 AM

When bombs began falling on the Ukrainian city of Kharkiv late last month, forcing Vera Lytovchenko to shelter in the basement of her apartment building, she took her violin with her, hoping it might bring comfort.

In the weeks since, Lytovchenko, a violinist for the Kharkiv Theatre of Opera and Ballet, has given impromptu concerts almost every day for a group of 11 neighbours.

In the cold, cramped basement, with nothing in the way of decoration except candles and yellow tulips, she has performed Vivaldi, Tchaikovsky and Ukrainian folk songs.

“My music can show that we are still human,” she said in an interview. “We need not just food or water. We need our culture. We are not like animals now. We still have our music, and we still have our hope.”

As their cities have come under siege from Russian forces, Ukrainian artistes have turned to music for comfort and connection, filling streets, apartment buildings and train stations with the sounds of Beethoven and Mozart.

A cellist performed Bach in the centre of a deserted street in Kharkiv, with the blown-out windows of the regional police headquarters behind him. A trumpeter played the Ukrainian national anthem in a subway station being used as a bomb shelter. A pianist played a Chopin étude in her apartment, surrounded by ashes and debris left by Russian shelling.

Impromptu performances by ordinary citizens have been a feature of many modern conflicts, in the Balkans, Syria and elsewhere. In the social media age, they have become an important way for artistes in war zones to build a sense of community and bring attention to suffering. Here are several notable examples.

Aeham Ahmad gained attention in 2013 when he began posting videos showing him playing the piano in the ruins of Yarmouk, a neighbourhood on the outskirts of Damascus, Syria, that was gutted amid his country’s civil war.

Sometimes friends and neighbours sang along. The news media began calling Ahmad the “pianist of Yarmouk”.

At the time, government troops kept his neighbourhood cordoned off, hitting it with artillery and sometimes airstrikes, as insurgent groups fought for control. Many people suffered from a lack of access to food and medicine; some died.

“I want to give them a beautiful dream,” Ahmad told The New York Times in 2013. “To change this black colour at least into gray.”

Musicians have long played a role in helping people cope with the physical and psychological devastation of war.

“They’re trying to recreate community, which has been fractured by war,” said Abby Anderton, an associate professor of music at Baruch College who has studied music in the aftermath of war.

“People have a real desire to create normalcy, even if everything around them seems to be disintegrating.”

During the Bosnian war in 1992, Vedran Smailovic became known as the “cellist of Sarajevo” after he commemorated the dead by playing Albinoni’s Adagio in G minor every day at 4pm in the ruins of a downtown square in Sarajevo. He kept playing even as 155mm howitzer shells whistled down on the city.

“Many, like Mr Smailovic, who played the cello for the Sarajevo Opera, reach for an anchor amid the chaos by doing something, however small, that carries them back to the stable, reasoned life they led before,” The NYT had reported then.

He had added: “I am nothing special, I am a musician, I am part of the town. Like everyone else, I do what I can.”

While ordinary citizens have risen to fame for wartime performances, governments too have sought to promote nationalism in wartime by staging concerts of their own.

In 2016, the Russian conductor Valery Gergiev, a friend and prominent supporter of President Vladimir Putin of Russia, led a patriotic concert in the Syrian city of Palmyra, shortly after Russian airstrikes helped drive the Islamic State out of the city.

On Russian television, the concert was spliced with videos of Islamic State atrocities, part of a propaganda effort to nurture pride in Russia’s military, including its support for the government of President Bashar al-Assad of Syria. Putin was shown thanking the musicians by video link from his vacation home on the Black Sea.

Classical music has long been used for political purposes. Emily Richmond Pollock, an associate professor of music at the Massachusetts Institute of Technology, said that it has often been invoked in wartime because “it has been constructed as timeless and powerful and human”.

But much music is also abstract, which has led to it being used in different ways.

“You can think of pieces like Beethoven’s Ninth Symphony, which has been used in moments of liberal triumph and Right-wing triumph alike,” Pollock said. “Many pieces are very malleable.”

Performances in war zones capture the public’s attention in part because of their juxtapositions with scenes of destruction and despair. This helps explain their wide popularity on social media, which has become an important tool for artistes in conflict zones to bring attention to the suffering around them.

“They can use Instagram and social media platforms to involve people who might be geographically distant in their very real struggle,” Professor Anderton said.

“When we hear someone play a Chopin étude or prelude on a destroyed piano, there’s a sense of shared humanity.”

When Russia began its invasion in late February, Illia Bondarenko, a conservatory student in Kyiv, was looking for a way to highlight Ukraine’s struggles.

Working with the violinist Kerenza Peacock, who is based in Los Angeles, he started what he called a “violin flash mob”. He mixed together a video of him performing a Ukrainian folk song in a basement shelter with virtual performances by 94 musicians around the world.

“It’s a great message for all civilisations in the world that Ukrainian people are not weak and we are strong,” Bondarenko said in an interview. “We will not give up and we will hold out, no matter what.”

Lytovchenko, the violinist, has continued to post performances online. She is planning to record a duet with a pianist who lives overseas and said she had raised about $10,000 to help Ukrainian families.

“I’m not sure that my music can resist the violence and stop the war; I am not so naïve,” she said. “But maybe it can show that we are not so aggressive, that we don’t have hatred in our hearts, that we still can be human.”