Since Russian forces occupied this area in March, situation has deteriorated and site has reportedly been shelled, raising concerns of a catastrophe 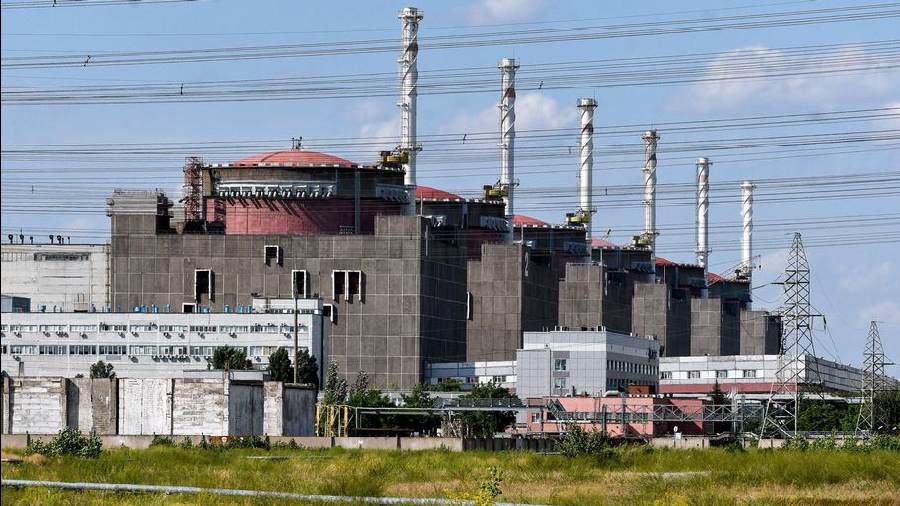 "The facility must not be used as part of any military operation. Instead, urgent agreement is needed at a technical level on a safe perimeter of demilitarization to ensure the safety of the area," UN Secretary-General Antonio Guterres said in a statement after a meeting of the Security Council.

No serious damage or radiation release has been detected, and there is "no immediate threat" to the safety of the plant as a result of fighting, but "this could change at any moment," said International Atomic Energy Agency head Rafael Grossi.

Last week, experts told DW that the plant is "extremely vulnerable" to meltdown if fighting there were to continue. Grossi said all safety measures had been "violated" by occupying Russian forces.

"If the plant loses grid power because of increased fighting in the area, backup generators and batteries are still insufficient to cool, not only the six reactors, but large pools of highly radioactive spent fuel," said Shaun Burnie, nuclear specialist with Greenpeace East Asia.

Plant a 'shield' for attacks despite radiation threat

Occupying Russian forces in Ukraine have been accused of using Zaporizhzhia as a weapons depot and a cover for launching attacks. Ukrainian President Volodymyr Zelenskyy called Russia's actions a kind of "unconcealed nuclear blackmail."

Using the plant in this way violates the Geneva Convention, which states that particular care must be taken if "installations containing dangerous forces" are located near fighting. About 500 Russian troops are reported to be currently at the site.

When fighting broke out in the vicinity of the plant in early March, it was the first time in the atomic age that war had come so close to a major facility.

After Russian forces occupied the power plant in mid-March and allowed Ukrainian staff to carry on their work, news from Zaporizhzhia was intermittent.

Concern is mounting again that the plant is not being sufficiently maintained.

"[It is a] violation of every possible nuclear safety measure that you can imagine," said Grossi told DW on July 29.

"Is it true that there is explosives and other material stocked near the reactors?" he asked of reports that missiles and other weapons could be launched from the site, with counterattack impossible because of the extreme threat of an accident.

Grossi is also concerned that the Ukrainian staff who are under the command of the Russian occupiers at Zaporizhzhia are unable to properly carry out their duties and have faced threats of violence.

He said necessary equipment, including spare parts for maintenance of the reactors, was not being delivered because of interrupted supply chains.

"We are not sure the plant is getting all it needs," he told the AP news agency, adding that the situation is "completely out of control."

Greenpeace's Shaun Burnie said that it was vital that trained local staff maintain their positions and can work safely at the nuclear site. "While Russia has more than twice as many reactors as Ukraine, most are older models, meaning that their engineers don't have the expertise to run the newer technology in Zaporizhzhia," he said.

Local staff will also be needed in the event of the regular flooding from the Dnieper River, which flows through the vicinity of the Zaporizhzhia plant and could damage the dams and reservoirs that provide the cooling water for the reactors.

Burnie is doubly concerned after a recent visit to survey the formerly Russian army-occupied Chernobyl nuclear plant, site of the world's worst nuclear disaster in 1986.

His team discovered a contaminated exclusion zone riddled with landmines — which stopped effective monitoring of the area. In addition, vital monitoring equipment in the Chernobyl plant had been destroyed, damaged or stolen during the Russian military occupation.

Meanwhile, Ukrainian Foreign Minister Dmytro Kuleba renewed calls for the IAEA to send a mission to the plant to as soon as possible to monitor the situation. Russian UN Ambassador Vassily Nebenzia said IAEA officials could visit the site as soon as this month.

"I have been trying to put together a technical mission led by myself to go there to address a number of issues," Grossi told DW at the end of July. This will be difficult if fighting continues.