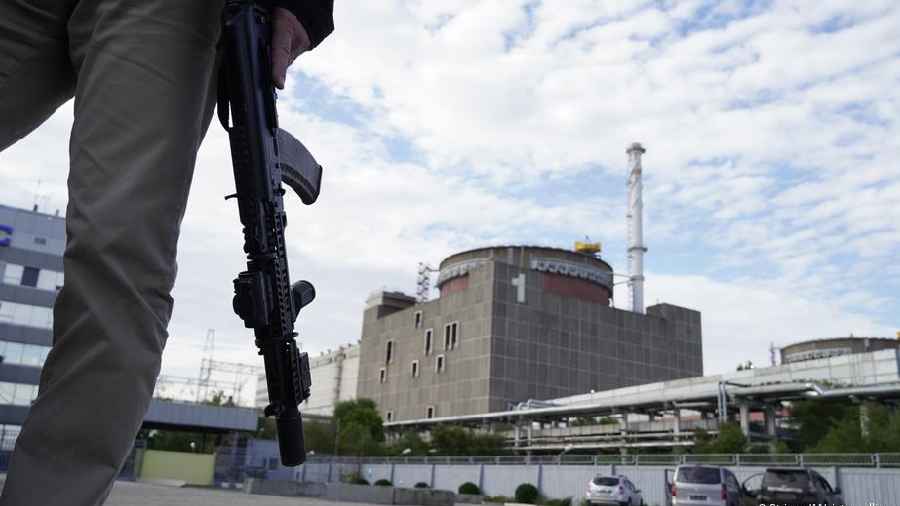 The UN nuclear watchdog said some buildings, equipment, and systems at the plant, which is under Russian control, have been damaged but there has been nothing critical to nuclear safety and security.

"Whoever is behind this, it must stop immediately," IAEA chief Rafael Grossi said on Twitter. "You're playing with fire," he added.

He again appealed to Russia and Ukraine to agree to set up a "safety zone" around the plant.

It would require Moscow and Kyiv to stop military action in and around the plant.

Russia's defense ministry on Sunday accused Kyiv of shelling the territory around Zaporizhzhia.

It said Ukraine "does not stop its provocations aiming at creating the threat of a man-made catastrophe at the Zaporizhzhia nuclear power plant."

In a post on the Telegram messaging app the company said the attackers, "targeted and disabled exactly the infrastructure that was necessary for the restart of 5th and 6th power units" and the restoration of power production for Ukrainian needs.

Despite this, he said no radioactive emissions had been detected.

The Zaporizhzhia plant, which Russia occupied shortly after its invasion of Ukraine, has since come under repeated shelling, with both Kyiv and Moscow accusing each other of attacks and risking a nuclear accident.

The facility, the largest nuclear power plant in Europe, provided about a fifth of Ukraine's electricity before Russia's Feb. 24 invasion, and has been forced to operate on back-up generators a number of times.

Kherson gets back to life