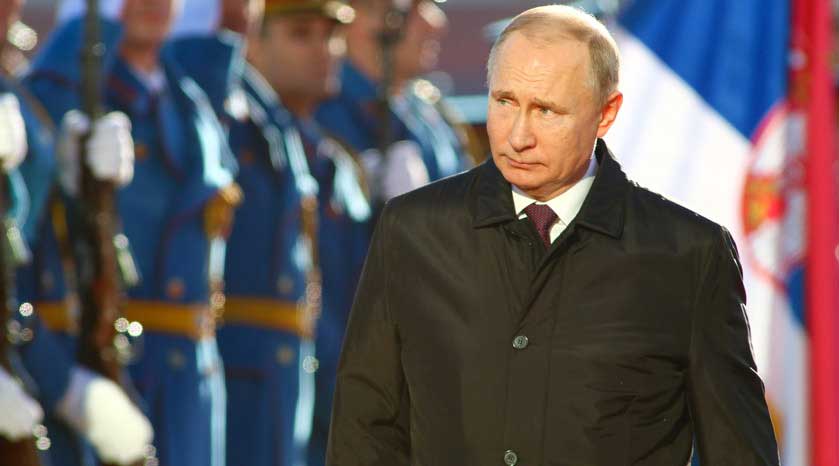 President Xi Jinping of China on Friday offered firm support to President Vladimir V. Putin of Russia in the Kremlin’s showdown with the West over Ukraine, strengthening a relationship that presents a continuing challenge to the US’s dominance on the world stage.

In a highly choreographed display of solidarity, the two leaders met in Beijing ahead of the opening ceremony of the Winter Olympics, the first meeting that Xi has held in person with a foreign counterpart in nearly two years.

China sided with Russia on one of its key security demands: an end to Nato expansion to the east and closer to Russia’s borders.

“The sides oppose further enlargement of Nato and call on the North Atlantic Alliance to abandon its ideologised Cold War approaches,” the statement said.

The meeting comes at a moment of escalating tensions between the West and Russia over Ukraine. Putin has amassed more than 100,000 troops to his neighbours north, south and east in what Nato allies view as a menacing prelude to an attack.

In a lengthy joint statement, China accused the US of stoking protests in Hong Kong and encouraging independence in Taiwan, while Russia said the US was playing a similarly destabilising role in Ukraine.

“Russia and China stand against attempts by external forces to undermine security and stability in their common adjacent regions,” according to the 5,300-word joint statement released by the Kremlin. It said both nations “intend to counter interference by outside forces in the internal affairs of sovereign countries under any pretext, oppose color revolutions and will increase cooperation in the aforementioned areas”.

China has said that the world should not be divided into the kind of power blocs that defined the era when the Soviet Union and the US were the two dominant superpowers.

Although the intention behind the troop build-up remains uncertain, the Kremlin has accused the US of exaggerating the threat of an invasion and of raising tensions by deploying its own troops to eastern Europe. This week, Putin said the US was trying to goad the Kremlin into action and complained that the West had ignored Russia’s demands for security guarantees.

In scenes initially shown on Russian state television, Putin greeted Xi on a red carpet at the government guesthouse in western Beijing, raising his hand in greeting. The Chinese leader responded, through a translator: “Hello! I’m very glad to see you.”

Putin told him that the Chinese-Russian relationship had “taken on a truly unprecedented character”. “It is an example of a dignified relationship that helps each of us develop while supporting each other’s development,” he said.

Despite extraordinary measures both men have taken during the pandemic, neither leader wore a mask as they greeted each other. In the days leading up to the meeting — the 38th between the two leaders — Beijing expressed support for Putin’s grievances and it joined Russia to try to block action on Ukraine at the UN Security Council.