It is aimed at aimed at attracting the 'brightest and the best' from the world, including from India 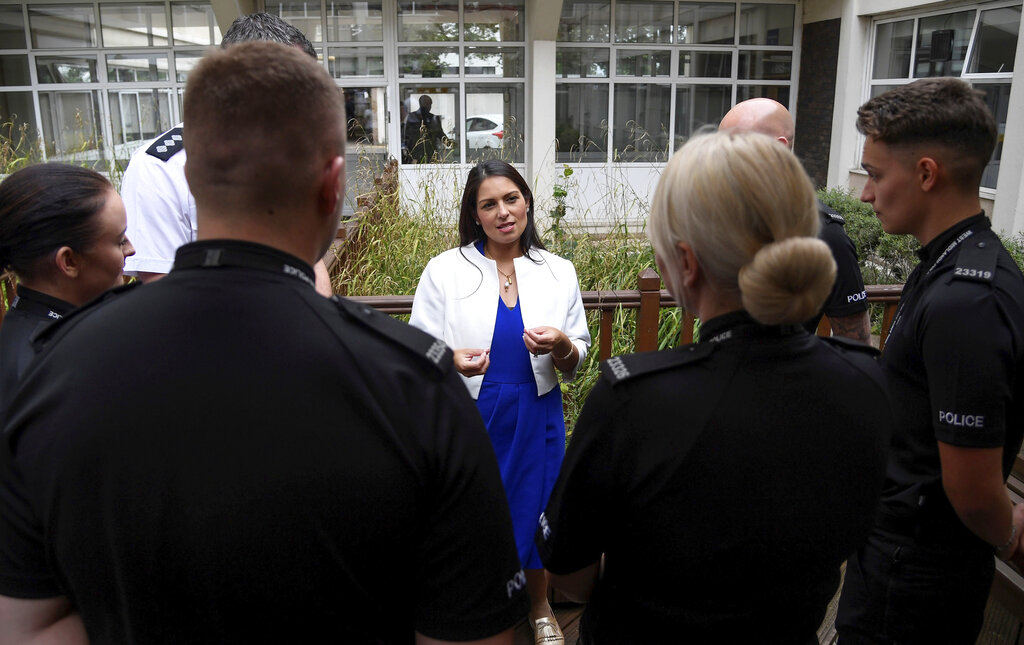 The new system will come into force from January 1, 2021, at the end of the transition period after the UK's exit from the European Union (EU) last month, which will formally end free movement of people within the economic bloc for the UK as a non-member.
AP
PTI   |   London   |   Published 19.02.20, 05:52 AM

UK home secretary Priti Patel on Wednesday announced the launch of the new points-based visa system, aimed at attracting the 'brightest and the best' from the world, including from India, and cutting down numbers of cheap, low-skilled workers coming to the country.

The new system will come into force from January 1, 2021, at the end of the transition period after the UK's exit from the European Union (EU) last month, which will formally end free movement of people within the economic bloc for the UK as a non-member.

The new post-Brexit system, which will apply equally to the EU and non-EU countries like India, is based on assigning points for specific skills, qualifications, salaries and professions, with visas only awarded to those who gain enough points.

'Today is a historic moment for the whole country. We're ending free movement, taking back control of our borders and delivering on the people's priorities by introducing a new UK points-based immigration system, which will bring overall migration numbers down,' said Patel, the senior-most Indian-origin Cabinet minister.

We will attract the brightest and the best from around the globe, boosting the economy and our communities, and unleash this country's full potential, Patel, in charge of the UK's visa and immigration system, said.

The UK Home Office said the new system is a direct response to the 2016 referendum in favour of Brexit, which was seen as a vote to end the country's reliance on cheap migrant labour and reduce overall levels of migration with tighter security.

'The new single global system will treat the EU and non-EU citizens equally. It will give top priority to those with the highest skills and the greatest talents, including scientists, engineers and academics, the Home Office said.

The Global Talent Scheme, a fast-track visa to be in operation from Friday, will also apply to the EU citizens from next year to allow highly-skilled scientists and researchers to come to the UK without a job offer.

Professor Alice Gast, President of Imperial College London, said: British science is global. The new post-study work and Global Talent visas will help us to attract the world's brightest students and researchers, wherever they come from.

From the race to develop a coronavirus vaccine to clean energy, British science's international collaborations drive innovation and excellence.

The government said the points threshold for the new system will be carefully set to attract the talent the UK needs. Skilled workers will need to meet a number of relevant criteria, including specific skills and the ability to speak English, to be able to work in the UK.

All applicants will be required to have a job offer and, in line with the Migration Advisory Committee's (MAC) recommendations, the minimum salary threshold will be set at 25,600 pounds - lower than the previous 30,000 pounds level for Tier 2 work visas.

The new points-based system will also expand the skills threshold for skilled workers.

Those looking to live and work in the UK will need to be qualified up to A-level or equivalent, rather than degree-level under the current system. This will provide greater flexibility and ensure UK business has access to a wide pool of skilled workers, the Home Office said.

In line with the British Prime Minister Boris Johnson's manifesto commitment in the December 2019 General Election, there will be no specific route for low-skilled workers.

It is estimated 70 per cent of the existing EU workforce would not meet the requirements of the skilled worker route, which will help to bring overall numbers down in future, the Home Office said.

Student visa routes will also be points-based and be opened up to EU citizens from next year.

Those wishing to study in the UK will need to demonstrate that they have an offer from an approved educational institution, that they can support themselves financially and that they speak English.

To address the specific labour concerns of the agricultural sector reliant on seasonal workers from the EU, the Seasonal Workers Pilot will be expanded in time for the 2020 harvest from 2,500 to 10,000 places.

EU citizens and other non-visa nationals will not require a visa to enter the UK when visiting the UK for up to six months.

However, the use of national identity cards will be phased out for travel to the UK and the Home Office highlighted that as part of its post-Brexit offer, those EU citizens resident in the UK by December 31 2020 can still apply to settle in the UK through the EU Settlement Scheme until June 2021.