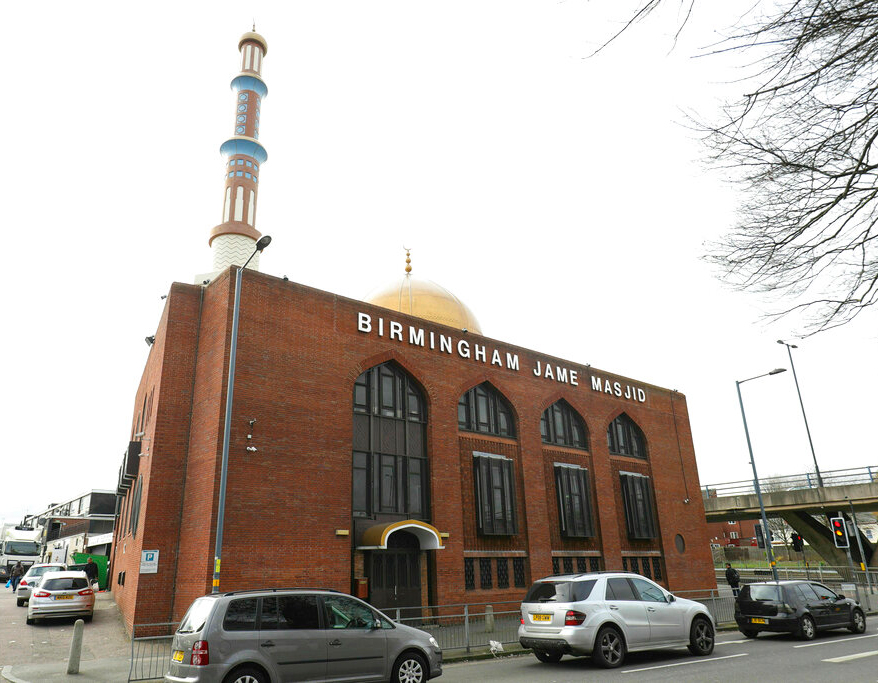 The mosque on Birchfield Road, Birmingham, central England on Thursday March 21, 2019, with its windows apparently smashed with a sledge hammer. Counter-terrorism officers in central England are investigating attacks on five mosques in which windows were apparently shattered by a sledgehammer.
AP
Amit Roy   |   London   |   Published 22.03.19, 09:15 PM

Police have been called in after sledge hammer attacks on five mosques in Britain, four of them in Birmingham which has a large Muslim population.

There are obvious fears that the attackers have somehow been encouraged by the recent massacre in New Zealand. West Midlands Police chief constable Dave Thompson confirmed this when he said: “Since the tragic events in Christchurch, New Zealand, officers and staff from West Midlands Police have been working closely with our faith partners across the region to offer reassurance and support at mosques, churches and places of prayer.

“What I can say is that the force and the counter terrorism unit are working side by side to find whoever is responsible.” The attacks appear to be linked, according to police who were called in on Thursday morning after four mosques in Birmingham had their windows broken with a sledgehammer overnight.

Police then responded to a smashed window at a fifth mosque in nearby Aston, after pictures were circulated on social media. Home secretary Sajid Javid tweeted: “Deeply concerning & distressing to see number of mosques have been vandalised in Birmingham overnight.”

He added that police “are investigating motive but let me be clear — hateful behaviour has absolutely no place in our society & will never be accepted.”

For those intent on causing mischief, vulnerable targets are all too easy to find. The UK, with a population of 3 million Muslims, has 1,750 mosques, many purpose built.

Standing outside the mosque in Aston, deputy chief constable Louisa Rolfe said: “This is an abhorrent, despicable act that is clearly designed to create fear in our communities who are actually cherished in Birmingham.

“My message to them would be, come on, hand yourself in, what a cowardly thing to do and if you have extreme views and things you want to say, come and speak to police about it. If not, we will find you, and we will find you very quickly.”