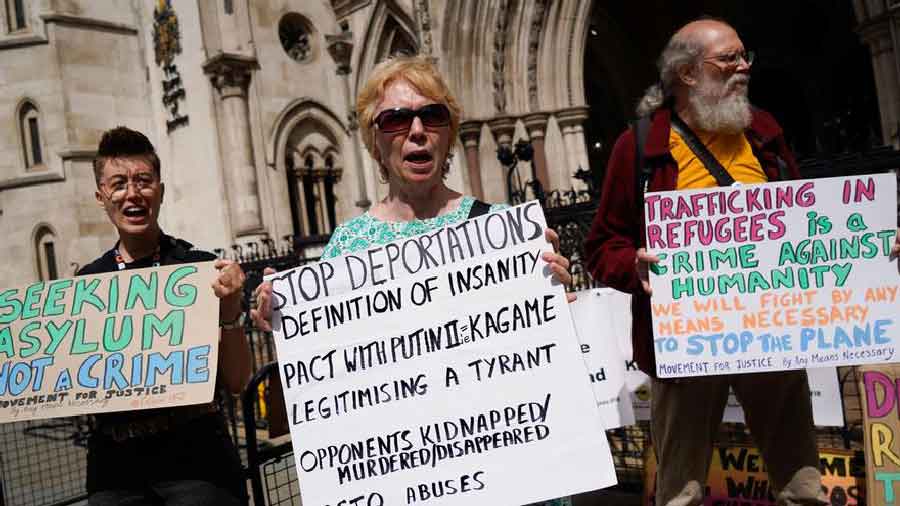 The first deportation from the UK to Rwanda has been grounded after a European Court of Human Rights ruling.

The first asylum-seeker deportation flight from the UK to Rwanda was canceled on Tuesday after a ruling from the European Court of Human Rights.

Europe's top human rights court issued the injunction to stop the deportations of a small number of asylum seekers who had reached the end of the road for their appeals.

The UK government's effort to send some aspiring immigrants to Rwanda, with its troubled human rights record, was roundly criticized by rights advocates, charities and religious leaders.

By contrast, the British government attempted to argue that the plan would discourage the abuse of would-be asylum seekers from attempting a perilous path into the UK by way of the English Channel on small boats. That route is exceedingly dangerous given weather conditions as well as the potential for abuse by human traffickers.

UK Foreign Secretary Liz Truss had vowed the plane would take off regardless of the number of passengers on the manifest but with the injunction leaving no passengers remaining, no plane to Rwanda ever took off.

Over the last few days, at least 30 people who had been scheduled for the first deportation flight had successfully challenged their deportation orders in court based on either human rights or medical grounds.

The charity Care4Calais tweeted following the injunction, "Last ticket cancelled. NO ONE IS GOING TO RWANDA."