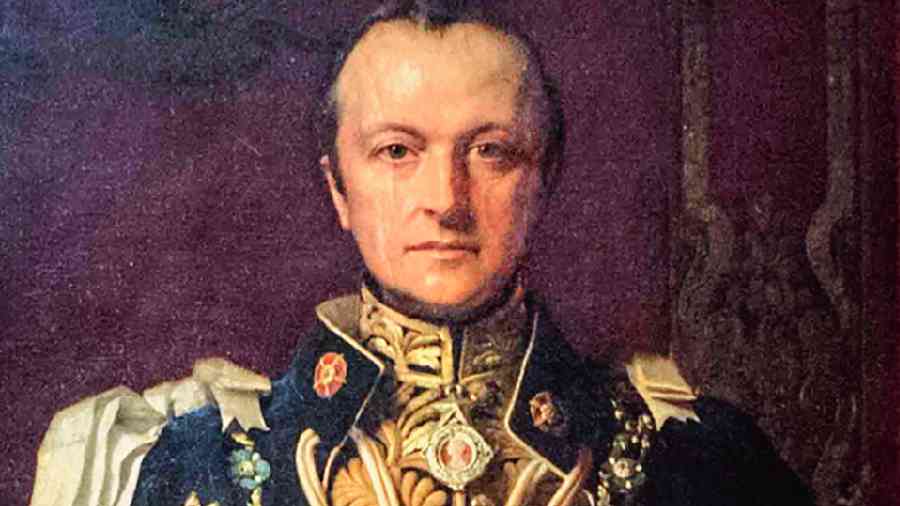 Descendants of Lord Curzon, the Viceroy of India from 1899 to 1905, and the National Trust of the UK are said to be involved in a dispute over the family’s papers.

The National Trust, which looks after Kedleston Hall, the family’s seat in Derbyshire and the inspiration behind the Raj Bhavan in Calcutta, wants the public to have greater access to the “Kedleston Archive” which almost certainly has many documents relating to India.

The National Trust apparently wants to move the archive to the Derbyshire Record Office in Matlock, a county town in Derbyshire, but the Curzon family claims ownership of the documents.

Last year, the National Trust, which takes care of “places of historic interest or natural beauty” in England, Wales and Northern Ireland, carried biographical details of Curzon and observed he was motivated by “racist ideology”.

Indians have long recognised that Curzon had a good side and a more questionable one. He rescued the overgrown and dilapidated gardens of the Taj Mahal, and the Kaziranga National Park in Assam was started thanks to his wife, Mary. On the debit side, he was responsible for the partition of Bengal in 1905.

Following the death of Queen Victoria in January 1901, Curzon had suggested the building of what became the Victoria Memorial: “Let us, therefore, have a building, stately, spacious, monumental and grand, to which every newcomer in Calcutta will turn, to which all the resident population, European and Native, will flock, where all classes will learn the lessons of history and see revived before their eyes the marvels of the past.”

Educated at Eton and Balliol College, Oxford, Curzon was resentful of the doggerel that followed him all his life: “My name is George Nathaniel Curzon/ I am a most superior person/ My cheek is pink, my hair is sleek/ I dine at Blenheim once a week.”

According to a report in the Daily Mail on Friday: “There are few more splendid buildings than Kedleston Hall, the Derbyshire masterpiece created by Robert Adam for the 1st Lord Scarsdale. But behind its stately exterior — whose northern front extends for a staggering 117 yards — an ugly row is brewing.

“It centres on what is a stark difference of opinion between the National Trust, which has been custodian of the Hall since 1987, and the Curzon family, who have been at Kedleston since the 12th century and who retain the use of a 23-room wing.”

The Derbyshire County Council confirmed to the Mail that it had “an initial approach from the National Trust”.

Asked to comment, a National Trust spokesman told The Telegraph: “No commitments regarding the archiving of the historic documents have been made. There have been exploratory conversations to understand what may be possible in the future to provide improved public access but no decisions have been made and any decision would be subject to further consultation with the trustees of Kedleston Estate Trust and in line with museum accreditation.”

In February last year, the National Trust’s account of the life and times of Curzon had produced an apoplectic response from the Mail: “What monstrous ingratitude! Lord Curzon was the British statesman who left historic properties to the National Trust. Its thanks? To condemn what it calls his ‘racist ideology’ in the latest example of contempt for our proud heritage.”

The Mail added: “Sour, mean-spirited and wholly lacking in the benevolence which Curzon bestowed on it, the remarks reduced one of Britain’s great figures from the early 20th century to that of a haughty imperialist.

“Perhaps the most egregious reference is to the ‘Peacock Dress’ worn by his American-born heiress wife, Mary, for the Delhi Durbar of 1903. The essay says it was designed as ‘a deliberate political statement expressing British colonial power’.”

The article was taken down by the National Trust so that it could “check” its contents.

The National Trust has caused deep upset among those who believe British colonial rule, especially the Raj in India, was a force for good. It has produced a controversial report that reveals that nearly a hundred of the country mansions it looks after were built either on the proceeds of slavery or from colonial loot.

A member of the Curzon family once jokingly told this newspaper: “Ironically, the lift at Raj Bhavan still works but ours at Kedleston Hall doesn’t.”