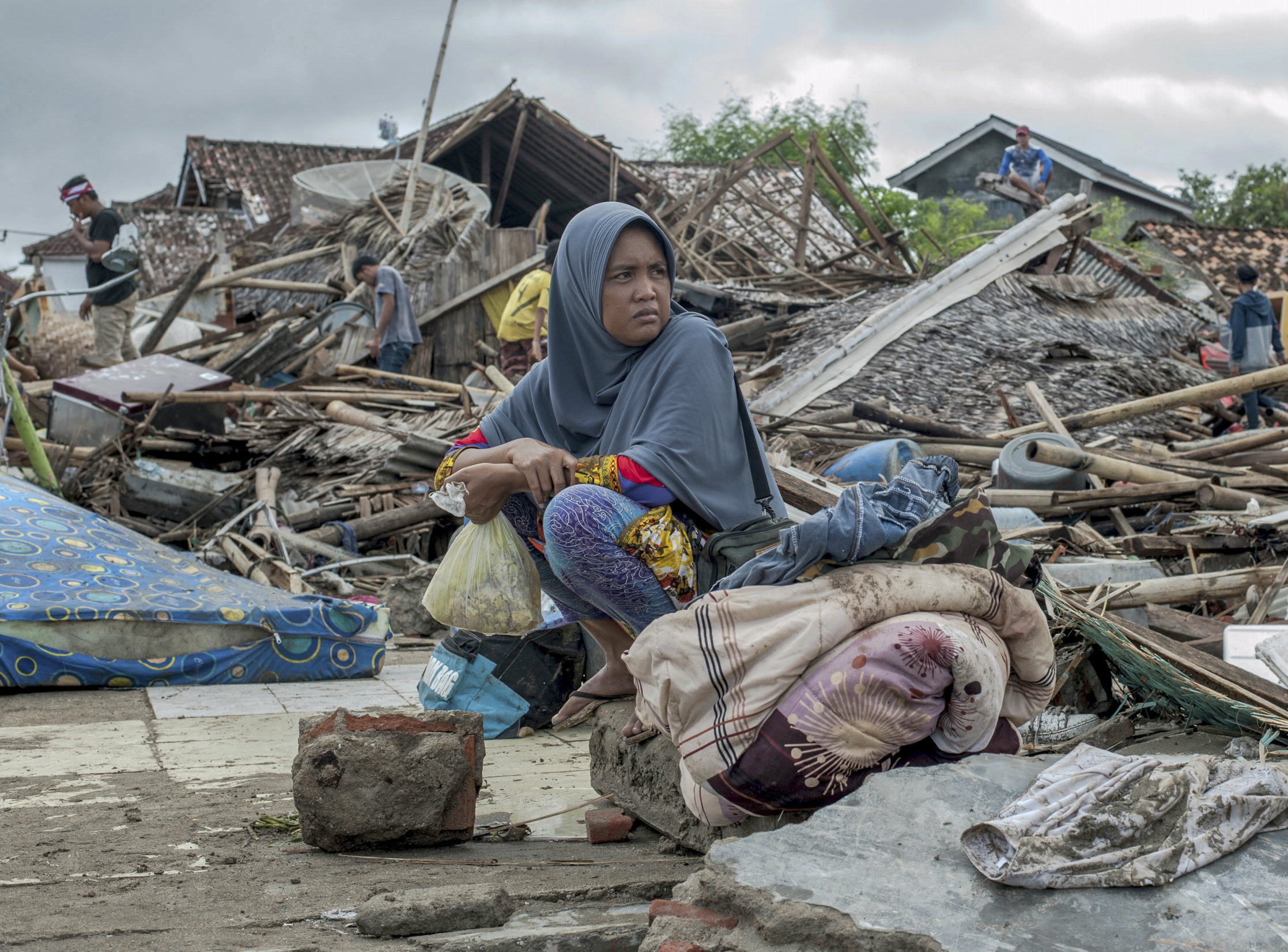 Thousands of soldiers, police and government personnel as well as volunteers are working to find victims of an Indonesian tsunami.

At least 281 people died and more than 1,000 were injured when the waves washed ashore along western Java and southern Sumatra islands on Saturday night following a volcanic eruption.

The tsunami was not huge and did not surge far inland, but its force was destructive.

Disaster agency spokesperson Sutopo Purwo Nugroho said more than 600 homes, many hotels and vendor stalls, and more than 400 boats and ships were damaged. The number of casualties may still rise.

'It is suspected that some victims are still trapped under wreckage and materials washed away by the tsunami,' Nugroho said on Monday.

The tsunami struck Sunda Strait coastal areas along western Java and southern Sumatra islands without warning in the darkness on Saturday night.

The waves that swept terrified people into the sea followed an eruption and possible landslide on Anak Krakatau, one of the world's most infamous volcanic islands.

The Indonesian Medical Association of the Banten region said it has sent doctors and medical supplies and equipment and that many of the injured were in need of orthopedic and neurosurgery surgery. It said most patients are domestic tourists who were visiting the beach during the long weekend ahead of Christmas.

It was the second deadly tsunami to hit seismically active Indonesia this year. A powerful earthquake triggered the tsunami that hit Sulawesi island in September, giving residents a brief warning before the waves struck.