White House is now considering a number of options, such as shutting down certain entry ports or parts of all of them 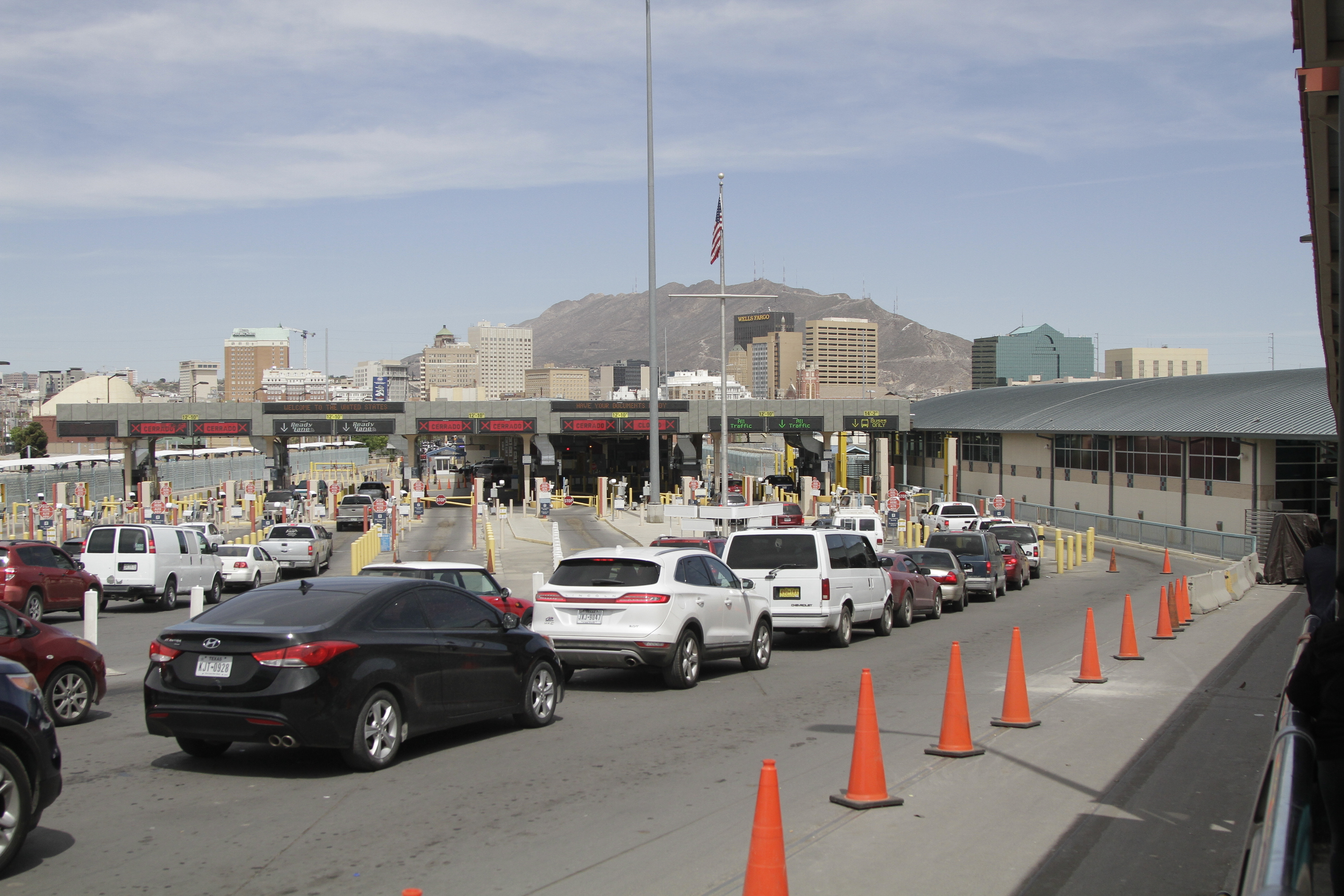 President Donald Trump said Tuesday he's taking a wait-and-see approach on his threat to close the southern border as soon as this week.

His administration is grappling with a surge of Central American migrants trying to enter the US, and Trump said last week he'd seal the border in the coming days if Mexico did not immediately halt all illegal immigration into the US.

A closure would have enormous economic consequences on both sides of the border, disrupting manufacturing supply lines and the flow of goods ranging from avocados to cars. It's a threat he made before and didn't act on.

After complaining last week that Mexico was doing nothing to constrain migrants, Trump seemed pleased Tuesday about recent efforts by Mexican authorities to make changes to visas and send forces to seal off the southern part of their country to prevent Central Americans from entering. Many who do make their way to the US border.

Earlier, spokeswoman Sarah Sanders said Trump was not working on a 'specific timeline' and he'd look at all options on the table.

The Council of Economic Advisers was conducting a number of studies on the potential impact of closing the border and 'working with the president to give him those options,' she said.

It was a shift from Trump's threat late last week to seal the border, and quickly. 'I am not kidding around,' he said, exasperated by the swelling numbers of migrants, thousands of whom were being released into the US because border officials had no space for them.

White House spokesman Hogan Gidley said in an appearance on MSNBC that the White House is now considering a number of options short of a full border closure, such as shutting down certain entry ports or parts of all of them. 'Everything is on the table,' he said.

Even absent the extraordinary step of sealing a national border, delays at border stations have been mounting as some 2,000 border officers assigned to check trucks and cars have been reassigned to deal with migrant crowds, Homeland Security officials said. Average wait times at Brownsville, Texas, were 180 minutes Monday, twice the length of peak times last year.

And when the Otay Mesa, California, entry port closed for the night Monday, 150 trucks were still waiting to get into the US.

Arrests along the southern border have skyrocketed in recent months and border agents were on track to make 100,000 arrests or denials of entry in March, a 12-year high. More than half of those are families with children, who require extra care.

Homeland Security Secretary Kirstjen intends to fly to the border mid-week to assess the impact of several changes the administration has recently implemented, including efforts to return more asylum seekers to Mexico as they wait out their case.

On Monday night, Nielsen rushed home from Europe, where she was attending G7 security meetings, to oversee the response to what administration officials are calling a dire emergency at the southern border. Trump is scheduled to make a border trip to Calexico, California, on Friday.

Trump is considering bringing on a 'border' or 'immigration czar' to coordinate immigration policy across various federal agencies, according to four people familiar with the discussions but unauthorized to be identified speaking about them. Aides hope the potential appointment, which they caution is still in the planning stages, would serve as the 'face' of the administration on immigration issues and would placate both the president and his supporters, showing he is serious and taking action.

The passage To El Paso