US President might still be looking at ways to strike Iranian assets and allies, including militias in Iraq 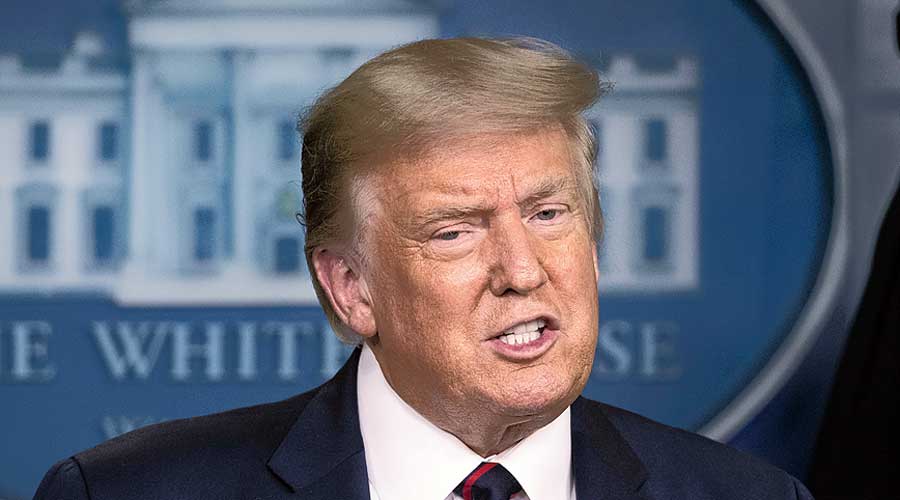 President Trump asked senior advisers at an Oval Office meeting on Thursday whether he had options to take action against Iran’s main nuclear site in the coming weeks. The meeting occurred a day after international inspectors reported a significant increase in the country’s stockpile of nuclear material, four current and former US officials said on Monday.

A range of senior advisers dissuaded the President from moving ahead with a military strike. The advisers — including Vice-President Mike Pence; secretary of state Mike Pompeo; Christopher C. Miller, the acting defence secretary; and General Mark A. Milley, the chairman of the Joint Chiefs of Staff — warned that a strike against Iran’s facilities could easily escalate into a broader conflict in the last weeks of Trump’s presidency.

Any strike — whether by missile or cyber — would almost certainly be focused on Natanz, where the International Atomic Energy Agency reported on Wednesday that Iran’s uranium stockpile was now 12 times larger than permitted under the nuclear accord that Trump abandoned in 2018. The agency also noted that Iran had not allowed it access to another suspected site where there was evidence of past nuclear activity.

Trump asked his top national security aides what options were available and how to respond, officials said.

After Pompeo and General Milley described the potential risks of military escalation, officials left the meeting believing a missile attack inside Iran was off the table, according to administration officials with knowledge of the meeting.

Trump might still be looking at ways to strike Iranian assets and allies, including militias in Iraq, officials said. A smaller group of national security aides had met late on Wednesday to discuss Iran, the day before the meeting with the President.

White House officials did not respond to requests for comment.

The episode underscored how Trump still faces an array of global threats in his final weeks in office. A strike on Iran may not play well to his base, which is largely opposed to a deeper American conflict in West Asia, but it could poison relations with Tehran so that it would be much harder for President-elect Joseph R. Biden Jr to revive the 2015 Iran nuclear accord, as he has promised to do.

Since Trump dismissed defence secretary Mark T. Esper and other top Pentagon aides last week, Defence department and other national security officials have privately expressed worries that the president might initiate operations, whether overt or secret, against Iran or other adversaries at the end of his term.
The events of the past few days are not the first time that Iran policy has emerged in the final days of a departing administration.

During the last days of the Bush administration in 2008, Israeli officials, concerned that the incoming Obama administration would seek to block it from striking Iran’s facilities, sought bunker-busting bombs, bombers and intelligence assistance from the US for an Israeli-led strike.