The move will likely trigger a showdown with Congress 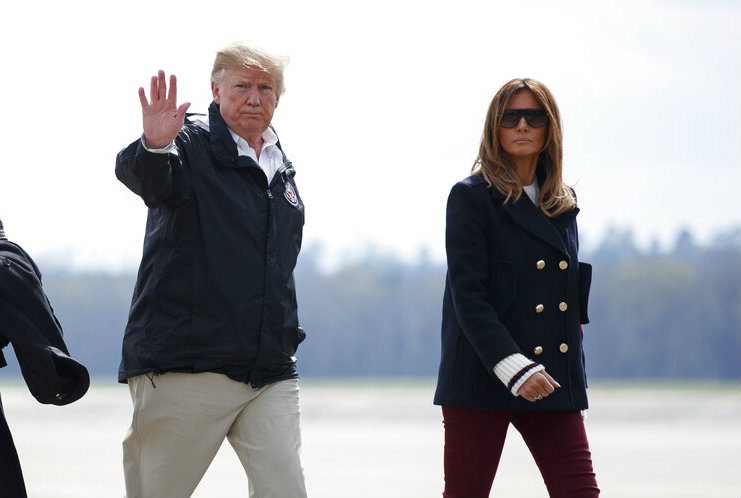 President Donald Trump will be making a significant request for border wall funds and seeking money to stand up Space Force as a new branch of the military in the White House budget being released next week, an administration official said.

For the first time, Trump plans to stick with the strict spending caps imposed years ago, even though lawmakers have largely avoided them with new budget deals. That will likely trigger a showdown with Congress.

The official said on Friday that the President's plan promises to balance the budget in 15 years.

Trump will seek $750 billion for defence, a boost for the military, while cutting non-defence discretionary spending by 5 per cent below the cap, said the official, who was unauthorised to discuss the document ahead of its release and spoke on condition of anonymity.

Budgets are mainly seen as blueprints for White House priorities. But they are often panned on Capitol Hill, where lawmakers craft the appropriation bills that eventually fund the government, if the President signs them into law.

Trump's budget for the 2020 fiscal year will increase requests for some agencies while reducing others to reflect those priorities. Reductions are proposed, for example, for the Environmental Protection Agency.

The official said Congress has ignored the President's spending cuts for too long. The federal budget is bloated with wasteful spending, the official said, and the administration remains committed to balancing the budget.

The cuts being requested by the White House would hit discretionary spending as well as some mandatory safety net programs, which Trump has proposed in the past. Many Republicans are often eager to reduce government spending, but Congress has had trouble passing bills that seriously slash the safety net programmes used by many Americans.

Budgets often rely on various accounting measures to achieve desired results. This one, for example, counts $546 billion in defense money as a base, but another $174 billion in another account to keep within caps.

And while the budget will suggest it balances in future years, it is also expected to rely on projections for continued economic growth from the tax cuts Trump signed into law in 2017. But there's no guarantee that would cover the lost tax revenues.

By proposing spending levels that don't raise the budget caps, the President is courting a debate with Congress. Lawmakers from both parties have routinely agreed to raise spending caps established by a previous deal years ago to fund the government.

Trump, though, has tried to resist those deals. He threatened to veto the last one reached in 2017 to prevent a shutdown. Late last year, a fight over border wall funds sparked the 35-day shutdown that spilled into this year and became the longest in history.

Trump delivers a slashing speech that rouses the right