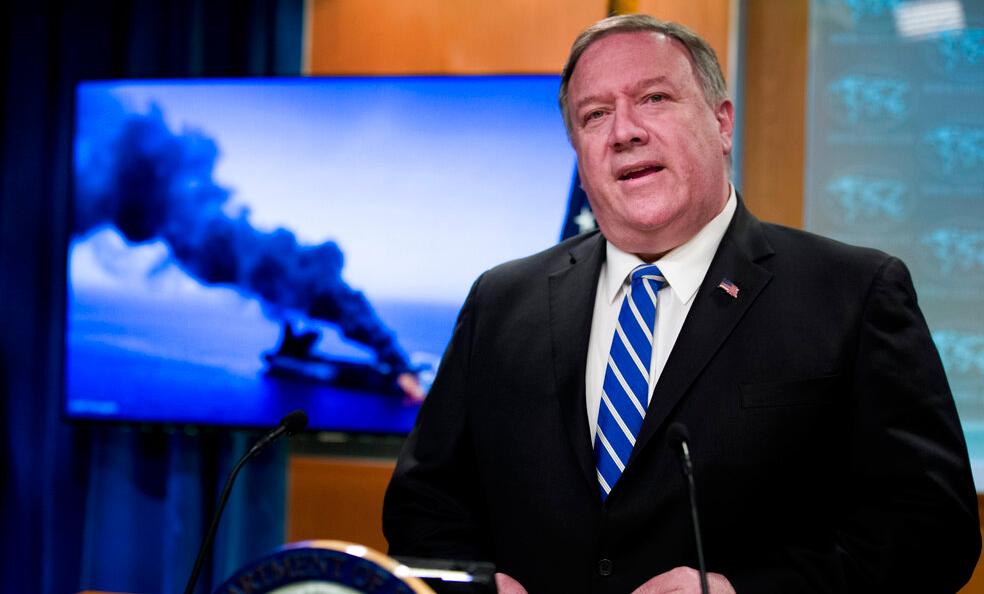 US President Donald Trump blamed Iran on Friday for attacks on two oil tankers at the entrance to the Gulf despite Tehran’s denials, stoking fears of a confrontation in the vital oil shipping route.

Iran has dismissed earlier US charges that it was behind Thursday’s attacks that crippled two tankers and has previously threatened to block the Strait of Hormuz, through which a fifth of globally consumed oil passes, if its oil exports were halted.

He also said that any move to close the Strait of Hormuz, through which the world’s biggest oil exporter Saudi Arabia and other Gulf producers ship crude, would not last long.

The US military released a video on Thursday it said showed Iran’s Revolutionary Guards were behind the blasts that struck the Norwegian-owned Front Altair and the Japanese-owned Kokuka Courageous in the Gulf of Oman, at the mouth of the Gulf.

Iran said it was being used as a “convenient” scapegoat.

Tehran and Washington have both said they have no interest in starting a war. But this has done little to assuage concerns that the two arch foes could stumble into a conflict.

Oil prices surged on Thursday, reflecting the jitters, although they have since given up some of those gains.

UN secretary-general Antonio Guterres told the UN Security Council on Thursday the world could not afford “a major confrontation in the Gulf region”.

China, the EU and others have called for restraint from all sides. Germany said the US video was not enough to apportion blame for Thursday’s attack.

The US military said black-and-white footage it filmed from a US aircraft showed Iran’s Guards on one of their patrol boats drawing up to the Kokuka Courageous and removing an unexploded limpet mine from its hull.

The Japanese-owned tanker, abandoned by its crew, was being towed to a port in the UAE on Friday, after a Dutch firm said it had been appointed to salvage the ships.

The second tanker, the Norwegian-owned Front Altair, which was set ablaze by a blast, was still languishing at sea, although the fire that had charred the hull had been put out.

Iranian TV showed 23 crew in Iran believed to be from Front Altair on Friday, and said it experts would assess whether they could return to the ship.