One of the trees honoured the 1,600 children who died at Buchenwald 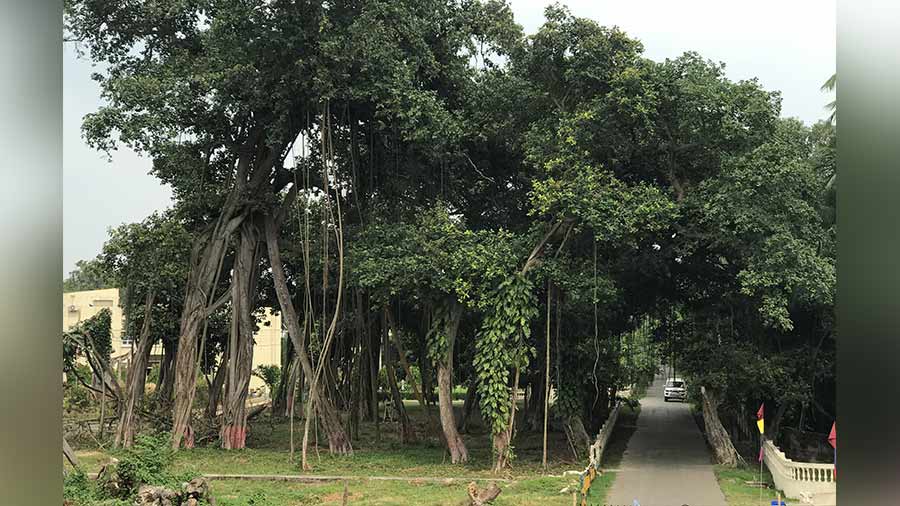 Seven trees memorialising people who died at Buchenwald during the Holocaust were chopped down on Tuesday near the former concentration camp outside Weimar, Germany, in what the International Committee of Buchenwald Dora called a “horrible act of vandalism”.

The foundation that runs the Buchenwald memorial complex announced the news on Twitter. The trees were part of the 1,000 Beeches project, an effort to plant trees along the 189km route that prisoners from Buchenwald were forced to march in April 1945 when the Nazis tried to evacuate the camp as US forces closed in.

One of the trees honoured the 1,600 children who died at Buchenwald, the foundation said. The other trees that were cut down each honoured a former prisoner and were planted by relatives of those prisoners in 2015. In a statement, the International Committee of Buchenwald Dora condemned the vandalism and said it was “deeply outraged”.

“Only education can defeat ideology,” the statement said.

The city of Weimar, about 270km southwest of Berlin, has offered a reward of 10,000 euros (Rs 8.1 lakh) for any information about the vandals.

Buchenwald was one of Germany’s largest concentration camps and was among the first camps to be established, before the start of World War II. From July 1937, when it opened, until April 1945, about 250,000 people were imprisoned there, at least 56,000 of whom were killed, according to Sara J. Bloomfield, the director of the United States Holocaust Memorial Museum.

“This is an attack on the actual truth of the Holocaust, because it is the very site where some of these crimes happened,” Bloomfield said. “It’s a form of vandalism that is of a different magnitude in a world where truth is so much under assault.”