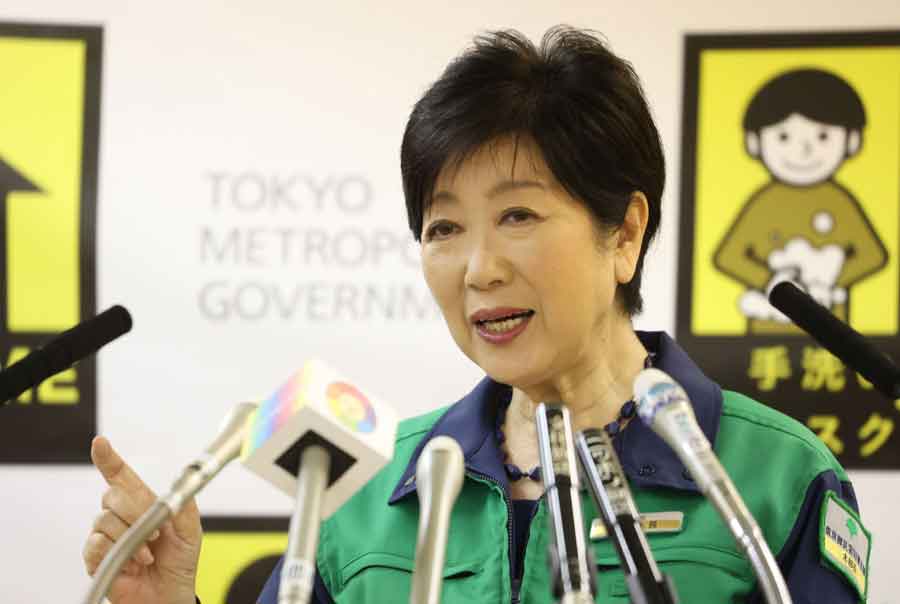 The Tokyo Metropolitan government will start a system that effectively allows same-sex marriage in Japan’s capital in the next fiscal year from April, Japan’s Kyodo news wire reported Tokyo governor Yuriko Koike as saying on Tuesday.

The local government for the city with a population of 14 million plans to introduce “same-sex partnership” after its local assembly unanimously called for such a move, Kyodo said.

Some local wards in Tokyo as well as some other local municipalities have already introduced a similar plan that officially recognises same-sex couples.

But critics say LGBT couples still face disadvantages in areas such as taxation even under such partnership arrangements.

A local court in Sapporo in northern Japan ruled in March that same-sex couples not being able to marry is “unconstitutional”, the first ruling in Japan on the legality of same-sex marriage.

Both houses of Chile’s congress voted on Tuesday to approve a marriage equality bill that also includes authorisation for adoptions by same-sex couples.

The initiative was approved first by the Senate on a 21-8 vote, with three abstentions, and shortly afterwards by the Chamber of Deputies with 82 votes in favour, 20 against and two abstentions.

After the vote in the chamber, several deputies hugged, including some from opposing parties. The measure now goes to President Sebastián Piñera.