Most diverse class in the history of the programme, says President's Commission 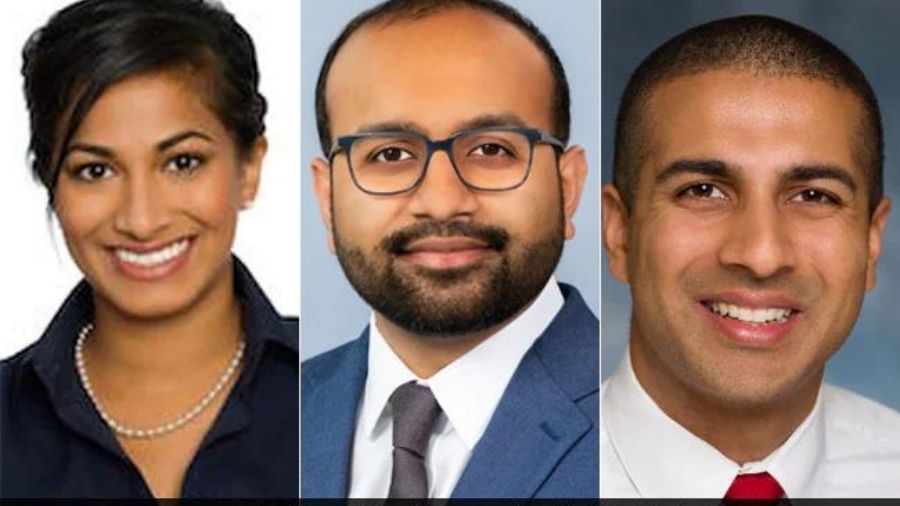 The White House on Monday named 19 young emerging leaders as its fellows for 2021-22, three of whom are Indian Americans.

The prestigious White House Fellowship programme embeds professionals from diverse backgrounds for a year of working as a full-time, paid fellow for White House staff, cabinet secretaries and other senior government officials.

Indian Americans who made it to the list are Joy Basu and Sunny Patel from California; and Aakash Shah from New Jersey.

The President's Commission on White House Fellows described it the most diverse class in the history of the programme that was created in 1964 by the then President Lyndon B Johnson.

Joy Basu from San Francisco has been placed at the White House Gender Policy Council.

Earlier, she served as a senior adviser to innovative businesses seeking authentic and impact-integrated growth.

She was the first chief of staff at TPG Growth, where she worked as a key architect and builder of The Rise Fund, a ground-breaking impact investment platform.

She also served as The Rise Fund's global sector lead for food and agriculture. Prior to joining the TPG, Joy was a consultant at McKinsey & Company, where she focused on agricultural development, working with businesses, governments and donors to improve food systems in emerging markets.

Joy also served as project manager to the World Economic Forum's New Vision for Agriculture and has supported strategic projects for the Ethiopian Agricultural Transformation Agency and Starbucks Coffee Company.

Joy earned her JD and MBA from Stanford University with a certificate in public management and social innovation.

While at Stanford, she served as co-president of the Women of Stanford Law, as an Arbuckle Fellow and as a leader of the Afghanistan Legal Education Project. Joy holds a BA in Public Policy and Economics from Duke University.

She currently serves as a trustee for the Heifer International Foundation and a term member of the Council on Foreign Relations.

Placed at the Department of Homeland Security, Sunny Patel is a child and adolescent psychiatrist and public health physician with interests in building equitable health systems that serve children and families.

He recently completed his fellowship at NYU, where he created a model embedding mental health services in the paediatric oncology clinic.

He also launched a comprehensive mental health response for thousands of frontline workers during the COVID-19 pandemic and volunteered as a palliative care physician at Bellevue Hospital.

Sunny has spearheaded health interventions for vulnerable populations in the United States and abroad, including in India, Thailand, and Dominican Republic.

He has spent the past decade working with refugee populations and has conducted forensic psychological examinations for asylum seekers with NYU and Physicians for Human Rights.

Sunny's research has been published in numerous journals and informed policy initiatives, including work presented at the United Nations General Assembly.

He has also served as a resident tutor in medicine at Adams House of Harvard College. Sunny completed his adult psychiatry residency at Cambridge Health Alliance and Harvard Medical School.

He has an MD from the Mayo Clinic, an MPH from Harvard, and bachelor's and master's degrees in biology and physiology, respectively, from UCLA with college and departmental honours.

Aakash Shah has been placed at the Department of Health and Human Services. A practicing emergency room doctor at Hackensack Meridian Health, he helped treat some of the earliest confirmed cases of COVID-19 during the pandemic.

His work in those roles has resulted in several reforms, including the elimination of prior authorisation requirements for medications for opioid use disorder and he received the bipartisan endorsement of five former New Jersey governors.

He previously served as the Founder and Executive Director of Be Jersey Strong, which represented one of the largest and most diverse efforts to connect the uninsured to coverage in the nation and was honoured by President Barack Obama at the White House for its impact.

He has also served as an adviser to several local, state and federal campaigns and policymakers.