Thousands without water, power in Japan

No abnormalities reported at any nuclear power plants this time 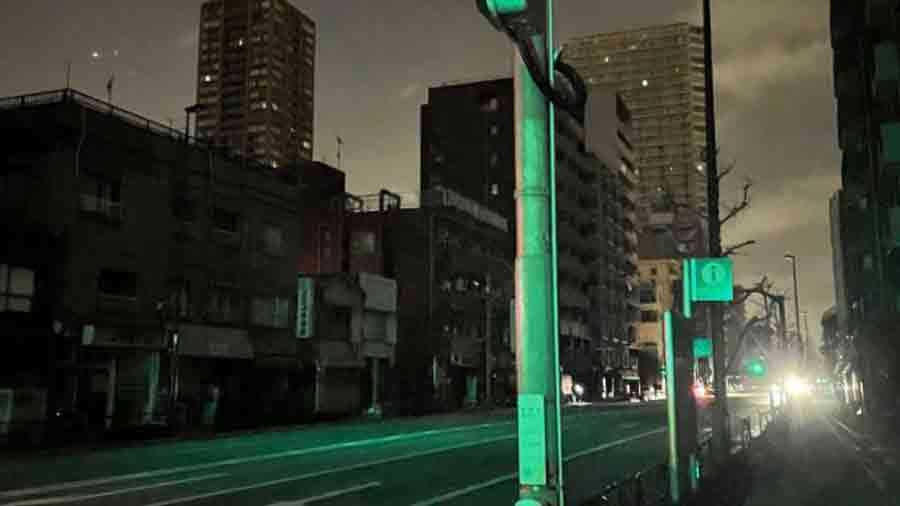 A powerful earthquake off Japan’s northeast coast left thousands of homes without water and power on Thursday and forced factories to suspend operations, adding to supply chain woes for makers of smartphones, electronics and automobiles worldwide.

The magnitude 7.4 tremblor struck just before midnight on Wednesday east of the Fukushima prefecture, the same area that suffered Japan’s biggest quake 11 years ago.

At least two people died and 161 were injured in the latest quake, according to government spokesman Hirokazu Matsuno, whereas thousands perished in the 2011 disaster, when a magnitude 9.1 magnitude quake also triggered a tsunami and caused a meltdown at a nuclear power plant.

There were no abnormalities reported at any nuclear power plants this time, though authorities said a fire alarm had been triggered at a turbine building at the plant crippled in 2011. The quake still caused havoc for industry.